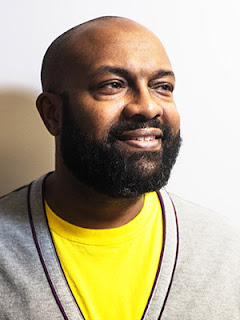 Jabari Asim is the author of the new book A Child's Introduction to African American History. His other books include Preaching to the Chickens and Fifty Cents and a Dream. He is an associate professor at Emerson College in Boston, and he lives in Newton, Massachusetts.

Q: How did you come up with the idea for your new book, A Child's Introduction to African American History?

A: Lisa Tenaglia, an editor at Black Dog and Leventhal, asked me to take on the project. It's a part of a series ("A Child's Introduction to...") that she has been working on for a while. 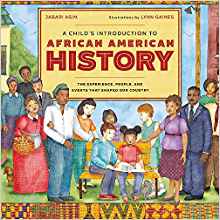 Q: The book includes a wide variety of events and individuals--how did you choose who and what to include?

A: I began by compiling an absurdly extensive timeline beginning with the arrival of the first Africans in the British colonies.

I told my editor that the timeline would include more events than we could actually include, with the idea that we'd work together to reduce it. We were able to do that with just a little bit of discussion. 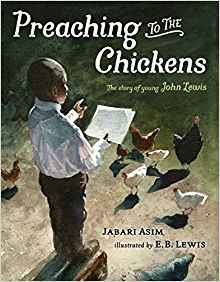 I knew, for instance, that the book would be 96 pages long and that the text needed to leave plenty of room for illustrations.

Q: Did you learn anything particularly surprising while researching the book?

A: I wouldn't say surprising, but I will say that whenever you take on a project like this you are quite likely to learn things you didn't know about before (no matter how much you think you know), which is part of the fun of it.

For example, the Internet led me to Mildred Hemmons Carter, a pioneering black woman aviator. I hadn't been familiar with her story. 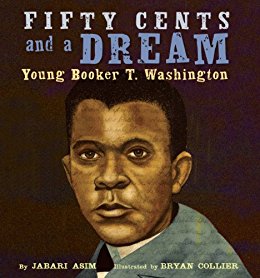 Q: What do you hope young readers take away from the book, particularly given today's political and societal situation?

A: I hope they see the book as one they can return to for repeated visits, that they don't have to read the whole thing at once if they're not inclined.

In recent years we've had school textbooks that refer to enslaved people as "workers," Cabinet officials that refer to them as "immigrants" and homework assignments that require students to list the positive aspects of enslaving other people. I do hope that the book and others like it will help counter those kinds of disinformation campaigns.

A: I'm working on a children's book called Going to the Meet the Greatest, about Muhammad Ali, and a nonfiction book for adults called We Can't Breathe: On Black Lives, White Lies and the Art of Survival. The latter will be published in October.

--Interview with Deborah Kalb. Here's a previous Q&A with Jabari Asim.
Posted by Deborah Kalb at 5:46 AM