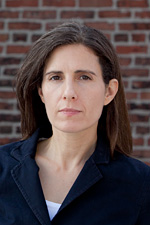 Rachel Devlin is the author of the new book A Girl Stands at the Door: The Generation of Young Women Who Desegregated America's Schools. She also has written the book Relative Intimacy. She is an associate professor of history at Rutgers University, and she lives in Brooklyn.

Q: In your book, you ask, “Why, then, did so many young women and girls file school desegregation lawsuits and volunteer to desegregate schools?” Why do you think that was the case?

A: There’s the moment in which you volunteer, and then there’s following through. I thought about this for many years. First, you have to have the commitment, to see yourself in a white school and believe that being in a white school has meaning.

Girls believed this pretty much uniformly. Young men saw the desegregation of public spaces, of voting, of pools, of libraries, as important, and there were some young men in the ‘60s who desegregated schools, but as a group, they were less sure this was the next step.

What helped girls and young women to see that was they could imagine themselves in these spaces. You can expect hostility, but it’s a mysterious process. Girls had developed skills for dealing with white people—on the streets where there was a great deal of scrutiny. They were familiar with that.

And there was the [experience] of going to work with their mothers inside white homes. In the mid-century South it was very hard to find anybody who didn’t spend time in a white home.

They watched their mothers being verbally combative in social spaces. There was a long history back to the 19th century of verbal conflict between black women and white women, and a sense of, I can confront this hostility and know how to respond.

The other component is the adults expected them to do this work. They had trained their daughters to be personable and pleasant. Some middle-class girls knew how to act in polite company—a lot of them saw what they were doing as a form of acting. All African Americans knew what to do in a dangerous situation with whites, but with a girl it was a matter of degree. 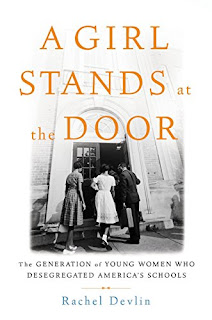 I kept finding, when I was looking at desegregation attempts, that all the stories were about girls. I wondered is this an editorial choice, or does it reflect a reality no one’s talked about?

I went to the Library of Congress and spent about a year going through the litigation about schools. After World War II people were very active with pickets, and suits were being filed right and left.

I found in the late 1940s over a dozen desegregation cases filed where parents and daughters, junior high and high school students, were attempting to enroll in white schools, and then were filing lawsuits.

I was surprised that none of these cases had been written about. That’s what got me started. For a while, I thought somebody must have written about this.

The final thing getting the project going was that I called Marguerite Carr, who filed a desegregation lawsuit in D.C. in 1947, and no one had interviewed her. I thought, no one has talked to these women.

Q: In your acknowledgments, you note that cold-calling people for interviews was difficult for you. In general, how did people respond to your questions, and were they usually willing to speak with you about their experiences?

A: Because I was living in New Orleans at the time, and most of the people were living in the South, I offered to go to them. I was reaching out to women who had desegregated, from 1947 to 1965. These were highly successful people, and a lot of them were really busy. Finding time to talk to me was difficult.

They [initially] didn’t know who I was, even though I was a college professor calling from Tulane. Ultimately, these women were very willing to talk. They shared generously; they were very frank. 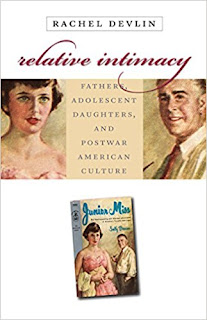 Interviewing them was the must humbling and astonishing experience of my life. I’d stumble out of their homes and sit in my car trying to absorb [what they’d said]—the violence [they encountered], the sacrifices they made were so profound for young people.

Shockingly few were hostile and hung up on me. One made a date with me and cancelled, saying, I can’t think about this. Overall, most hadn’t been interviewed and wanted to get their story on the record.

Q: How would you describe the legacy of these young women today?

A: I’ve just scratched the surface. I made it a national story on purpose—I wanted to make connections across localities that spoke to gender. All the women I spoke to went on to have very successful careers, as the “first” [to accomplish something].

I would say that many of those who tore down walls in professions had desegregated first in the 1960s. Many desegregated neighborhoods as one of the first black families living in white neighborhoods. These women continued to insist on their place in the broader society.

After these firsts went into these schools, the makeup of the student body has grown—their effect is incalculable. What was seen as impossible to achieve is now seen as central to the mission of the school.

A: My next project is on interracial rape and the adoption of biracial children. Recently Danielle McGuire has rewritten the history of rape in the civil rights era in her book At the Dark End of the Street. McGuire details how black women organized and protested against sexual violence, and how these experiences shaped the civil rights movement.

In the interviews I did for my book, histories of rape came up fairly often, but usually in the context of long held secrets and quiet adoptions.

I will be looking at the painful histories of interracial rape that were often long buried in family histories--only to reemerge when a white family member showed up, or the truth of a child's background suddenly emerged. I will be thinking about how families both keep--and divulge--secrets about sexual violence.

This is difficult stuff and, needless to say, it will take a lot of research, time and thought to think through this kind of evidence.

A: The children who filed desegregation lawsuits with their parents really had a lot of agency. Too often, people think of children as being pawns, and this isn’t the case. Look at the teen activists from Florida—it helps us understand how important their work was. So many did that [work] against the wishes of their parents. Teenagers are historical actors.

It became clear to me that there is a standard way most history professors teach a big survey course—they teach the civil rights movement through charismatic male leaders. I want desegregation to be taught where you see black women’s names.