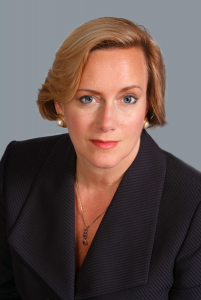 Solange Ritchie is the author of the new novel Firestorm, the second book featuring her character Dr. Catherine "Cat" Powers. Ritchie also has written the novel The Burning Man. An attorney, she lives in South Florida.

Q. How did you come up with your character Dr. Cat Powers and the idea for your new novel Firestorm?

A: I read quite a bit in the mystery/suspense/thriller genre. I got tired of reading about lead characters—all men, who often were either “gumshoe” detective types or ex-Navy SEALs.

I longed for a strong female lead—a woman who was an intelligent risktaker, a crusader for justice, and an ass-kicker if need be, but also who had with real work-life challenges such as raising a young son pretty much on her own. That’s the genesis of Cat.

I came up with the story line for Firestorm, having lived through several wildfires in California. I vividly remember the Laguna Beach Fire, which came close to wiping out my house. All that saved it and halted the fire from coming further was a golf course where sprinklers had been left running.

The arsonist in Firestorm is based on a lot of research and, to some extent, on real-life cases.

Q: Did you know when you wrote the first book about Cat that you would be writing more about her? 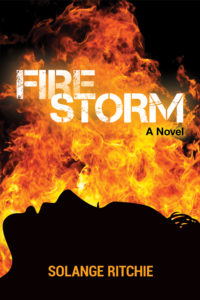 A: I didn’t want The Burning Man to have a typical conclusion: good cop gets bad guy. End of story. This kind of ending is neither interesting nor original. I wanted the reader to finish The Burning Man saying, “I want more” so that the story of Cat, her son Joey, and the criminal known as The Burning Man had to continue and come to some sort of fruition in a second novel.

Also, there was much more to Cat and Joey’s relationship that needed to be revealed, as well her own internal doubts and questions about the job she is doing.

Every law enforcement professional at some point in his or her career wonders, “Is what I am doing good enough?” “Am I up for this task today?” Cat deals with these kinds of internal questions, which in turn leads to more adventures and more novels.

Q: Do you know how your novels will end before you start writing, or do you make many changes along the way that affect the ending?

The middle of a novel is where I develop the plot. I follow a rough formula as for where and when high points in the story line will occur. As a trial lawyer, I have heard and presented so many stories of injustice in court that I know instinctually where the high points should be.

Once I have a first draft, which I write straight through without editing, then the redrafting takes place. Sometimes, this is where changes are made. 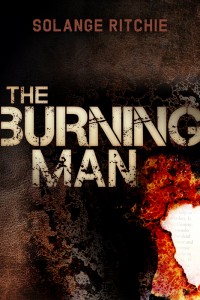 A: I read all types of genres. I am into Jonathan Maberry and Stephen King for my horror fix. For a thriller fix, I look to David Baldacci, Catherine Coulter, Vince Flynn, J. A. Jance, Charles Todd, and Jeffery Deaver. I also love Michael Connelly. I’m not much into romance novels, although I do believe love can conquer all.

I minored in Japanese and Chinese politics as an undergraduate before attending law school, so novelists such as Arthur Golden (Memoirs of a Geisha) and Mineko Iwasaki (Geisha, A Life) are also favorites.

A: I am working on drafts of books three and four in the Dr. Cat Powers series.

In the third novel, which is set in the Miami-Fort Lauderdale area, Cat takes on a dirty international law firm dealing in sex trafficking, illicit drug trade, and the like. It draws on my extensive knowledge as a trial lawyer.

In the fourth novel, which is more of a political thriller, Cat chases down a team of international terrorist bombers who are spreading mayhem across the United States. It promises to have an explosive ending.

I also just started a horror novel, since many people have commented that The Burning Man and Firestorm push noir fiction to its limit.

I grew up in Jamaica where there is a rich cultural belief in the supernatural and “things that go bump in the night.” I’ve always been fascinated by the idea that an object can take on evil and that as the object is passed along from one owner to the next, the evil can follow and even grow in strength.

A: It is important to me that readers see Dr. Cat Powers as a character who embodies women’s self-empowerment. In a genre that often portrays women as victims and femme fatales, I want Cat to represent more.

In this era where women are finally speaking up about sexism and sexual harassment in the workplace, I hope her character empowers women to stand up for justice and themselves.