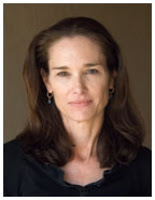 Margaret Bradham Thornton is the author of the new novel A Theory of Love. She also has written the novel Charleston and edited Tennessee Williams's Notebooks. She lives in Florida.

Q: How did you come up with the idea for A Theory of Love, and for your characters Helen and Christopher?

A: If I try to distill that question, I would say the idea of my novel came from a seagull and a circus performer. One day I was walking along the beach and I saw a seagull in the dunes and it was clear it was in distress and was dying. And there was nothing I could do, and I knew to go near it would only cause further distress.

And as I walked away I thought about how many animals spend most of their lives alone and most die alone and it made me wonder about the human condition: what is it that makes us want to be with another person.

About the time that I was thinking about this question I traveled to Cuba. I was so amazed by the grandeur of Havana that I wanted to read about its history so when I returned I contacted an antiquarian bookseller to see what might exist about this period and I got sidetracked by one of their books.

It was the memoir of a circus performer who had joined the circus as an orphan when he was seven and traveled extensively in Cuba in the 1830s and ‘50s.

Instead of finding a colorful description of Cuba and other places he had traveled, I found a flat dry description of all the circuses he had joined with names of the all the performers. 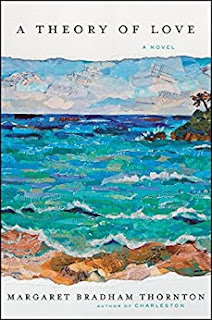 It was as if memory had been a surrogate for emotion or a form of immunity from loneliness. And I wondered if trauma in whatever form early on in one’s life makes it difficult to form deep attachments to others.

Q: The novel takes place in a wide variety of locations. How did you choose them, and why did you decide to incorporate so many different settings?

A: I wanted to give a sense of speed and dislocation and glamour and how these aspects are not substitutes or consolations for what is missing in a relationship.

While I was on book tour with my first novel, Charleston, a woman told me that her husband was a sea captain and when I said, “ Oh he must have seen the world,” she said, “No but that he could be blindfolded and dropped in any body of water and he could take his blindfold off and know where he was by the color of the sea.”

So the idea of color as a type of compass intrigued me and I wanted to figure a way to work it into the novel. By beginning and ending on the west coast of Mexico was my way of doing that. 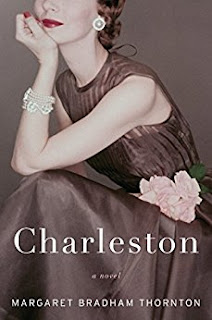 Q: How was the novel’s title chosen and what does it signify for you?

A: The working title was The Coast of Lost Colors but the marketing team at Ecco wasn’t sold on it so I came up with A Theory of Love. I used the idea of entanglement theory--that two particles that have been close can be separated by vast distances even light years and still remain connected--as an overarching metaphor for the novel.

A: I was asking the question what does it mean to love someone. I looked at a couple that did not have children because I think children can complicate a relationship both positively and negatively. 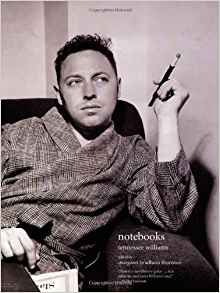 A: I never really know what I am working on at the very beginning of a novel or project. I have been thinking about beauty and evil.

In the ninth book of Paradise Lost, when Satan discovers Eve alone in the garden, he is so taken with her beauty and grace that Milton tells us that Satan is disarmed “of guile, of hate, of envy, of revenge.” For a moment beauty transforms evil, but this transformation is temporary and Satan’s “fierce hate” returns.

So the question for me is, “Can someone’s love of beauty save them?”

--Interview with Deborah Kalb. Here's a previous Q&A with Margaret Bradham Thornton.
Posted by Deborah Kalb at 6:13 AM