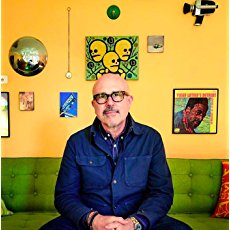 Michael Zadoorian is the author of the new novel Beautiful Music. His other books include The Leisure Seeker and Second Hand, and his work has appeared in a variety of publications, including The Literary Review and Beloit Fiction Journal. He lives in the Detroit area.

Q: How did you come up with the idea for Beautiful Music, and for your main character, Danny?

A: Like most of what I write about, it’s something that I’d been thinking about for a long time. I wanted to write about music.

In some ways, I wanted to write my own version of the film Almost Famous. I love that film and I definitely was a product of that same era. I certainly didn’t want to copy the film, but I was interested by the idea of a coming-of-age story through music. Of course, I wanted it to take place in Detroit, where no one is famous. (Except maybe Iggy.)

I just started writing everything I could remember about being a teenager, about starting high school, all the fears and anxieties I had, the problems, the other kids, what I was interested in then, the music I listened to, how my body was changing.

I also thought about what was taking place in Detroit after the violent summer of 1967, the things that were happening in my neighborhood, in my high school, all of it. I just wrote page after page of notes.

Slowly, a character started to emerge. Some of Danny is based on myself, some of it on other kids I knew, and some of him feels as though he could have easily been me. It was all revealed as I got deeper into the book and his character.

Q: The novel takes place in Detroit in the early 1970s. How did you capture the details of that period in the novel, and how important is setting to you in your writing?

A: Well, for one thing, I lived through a lot of it, having come of age in the ‘70s. I’m also a bit of a pack rat, so I was able to look through a lot of the magazines and books I was reading at the time.

I also did plenty of research, but kind of arcane research. I certainly listened to the music I liked at the time, but I also looked through yearbooks from that era, listened to voice checks of the disc jockeys of the time, scanned through 1970s Detroit newspapers on microfiche to find small, but exact things that were going on during the time frame of the book. 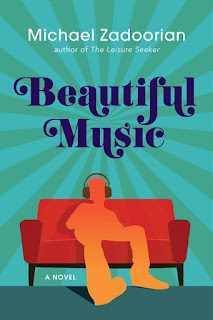 I went to the Detroit Public Library and checked the city directories of the area where I grew up in northwest Detroit. (It’s also Danny’s neighborhood). That sort of thing.

I certainly write lots of things down, but I also just try to absorb details. Not too difficult because all of this was very interesting to me. In some ways, I found myself doing detective work on my own past.

In any case, details are very important to me. I like to put in a lot of them, but I want them to feel natural and not obvious or crammed in. Still, details are one of my very favorite parts of writing a novel.  I get to choose a world, and then I get to furnish it.

Q: What does the novel say about the importance of music, and how did you decide which music Danny would be listening to?

A: The novel has a lot to say about the importance of music. For me as a teenager and even a child, music was so important. It was that way for everyone in Detroit back then, mostly because of radio station CKLW, or as it was known then, The Big 8.

800 on the AM dial, CKLW was a high wattage Canadian powerhouse that broadcast all through Detroit and most of Michigan, not to mention Ontario, Ohio and beyond.

Program Director Rosalie Trombley actually created one of the first musically integrated radio stations in North America. It was colorblind programming that featured the best of rock, soul, funk, folk, disco. In other words, it was closer to the true and complete sound of Detroit, along with a healthy portion of Canadian music. 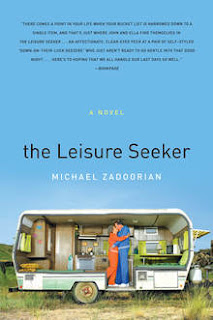 Yes, it was bordering on schizoid, but at the same time it was exquisitely diverse. Consequently, Detroiters, black and white, grew up to the sound of everything. Music was one way that Detroit was not polarized.

Because music brings people together, it can even help an innocent like Danny Yzemski take the first shaky steps into being his own man, regardless of the pitfalls in his path, be they absent father, crazy mother, bully or bigot.

That’s what I wanted to write about in this book. Music as refuge in a hostile world. That special, secret hiding place inside the LP or 8 track or mixtape or CD or iPod or wherever, that place where you can seek refuge when nothing else seems to make sense.

For Danny, it’s rock and roll. But it’s the same way for every generation of young person, whether they’re listening to doo-wop, acid rock, gangsta rap, death-metal or EDM. The melody changes, but the song remains the same. (Led Zeppelin reference!)

Q: How would you compare Detroit in the 1970s to the Detroit area today?

A: It’s a very different place. After decades of decline, the city is definitely on the upswing. Not long ago, if you told someone that you were from Detroit, you’d either get a look of pity or they’d expect you to pull a gun on them. Pathos or badass, that’s all we’d get. 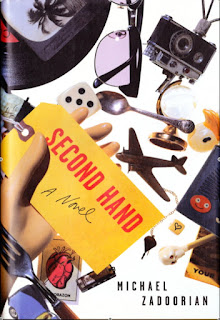 Certainly, that conversation has changed. Nowadays, loads of young people are moving back into the city, companies are investing heavily and relocating back downtown, and there is a ton of new development, tech companies, new hotels, arenas, restaurants and otherwise. There are construction cranes jutting over the skyline. It’s something I never thought I’d see in my lifetime.

Yet it’s good to keep in mind that there’s still a long way to go and many deep-seated, complicated problems to solve. Detroit is almost 140 square miles and most of the development is happening only in a few areas, but slowly, things are changing in a positive way. Hopefully, someday soon, it will better for all Detroiters.

Detroit has always been a very creative place. The place is busting with imagination. At a gathering of friends, I’ll look down the table and see: musician, writer, artist, filmmaker, designer, photographer, screenwriter, D.J., poet. There’s something inspiring about this place.

A late friend of mine, a metal sculptor, had a story about someone he knew who was living in Prague. A native asked the guy where he was from. When he answered “Detroit,” the Praguer replied: “That’s where artists are from.”

Despite it all, the bad times and the newer, starting-to-be-better times, people from Detroit are survivors. They are iron-willed, dogged, determined, and will most certainly call you on your shit, if you’re trying to be something you aren’t. They’re also surprisingly kind and hopeful, funny and big-hearted. I don’t think that will ever change.

A: I am working on a new novel, but I’m not really ready to blab on about it yet. I do have another novel that’s finished, but still hasn’t found a home. It’s called Broken Hipsters.

Here’s my official description of it:

Joe Keen and Ana Cheever have been a couple for a long time, with all the requisite lulls and temptations, yet still not married with children and mortgage, as their Midwestern values (and parents) seem to require. Now on the cusp of forty, each of them are working at jobs that they’re not even sure they believe in anymore, but with significantly varying returns. Ana is successful, Joe is floundering, yet both souls are wandering their own limbo, somewhere between mainstream and alternative culture, sincerity and irony, achievement and arrested development.

Set against the backdrop of 2009 Detroit, a once great American city now in transition, part decaying and part striving to be reborn, Broken Hipsters is the story of an aging creative class, doomed to ask the questions: Is it possible to outgrow irony? Does not having children make you one? Is there even such a thing as selling out anymore?

More than a comedy of manners, Broken Hipsters is a comedy of compromise: the financial compromises we make to feed ourselves; the moral compromises that justify our questionable actions, the every day compromises we all make just to survive in the world. Yet it’s also about the consequences of those compromises and the people we become because of them. By turns wry and ribald, kitschy and gritty, poignant and thoughtful, Broken Hipsters is the story of Joe and Ana’s life together, their relationship, their tribes, their work and passions, and their comic quest for a life that is their own and no one else’s.