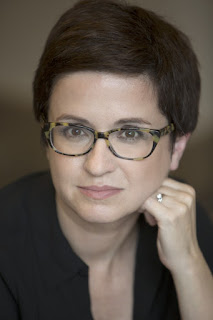 Paige Bowers is the author of the new book The General's Niece: The Little-Known de Gaulle Who Fought to Free Occupied France, a biography of Geneviève de Gaulle, a World War II resistance fighter who was the niece of General Charles de Gaulle. Her work has appeared in a variety of publications, including Time magazine and USA Today. She teaches classes in French history and society for Louisiana State University Continuing Education.

Q: Why did you decide to write a biography of Geneviève de Gaulle, and how much did you know about her before beginning your work on the book?

A: I have a background as a freelance journalist, so I spent a little more than 20 years looking for and writing interesting stories for national magazines and newspapers.

Almost eight years ago, I decided to go back to graduate school in history after a family trip to France. I had always enjoyed French history, and Modern France became my area of focus.

But I’m ashamed to say that when I read the first volume of General de Gaulle’s war memoirs, I breezed right past the page where he dedicated the book to his niece, without giving much thought as to who she was or why he might have paid tribute to her.

That would have been the only time I had ever come across her name until two years later, when I came across a news story that said General de Gaulle's niece Geneviève, a teenaged resistance heroine, would be interred in the Panthéon in Paris, which is where many great French historical figures are buried. The story piqued my curiosity, and I began looking for more background information about her. 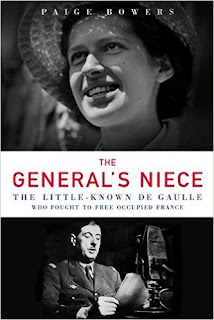 A: I sifted through news articles, read her published writings, listened to whatever interviews I could find, combed through her archival holdings in Paris and interviewed people who knew her.

I don’t know if I was necessarily surprised by anything I learned about her, but I do know that I was endlessly fascinated by her life. For example, we often hear about her uncle’s June 18, 1940 radio address where he implores the French not to give up the fight.

I had no idea that Geneviève and her family were in exodus from the incoming Germans on that day, and that they found out about the discourse from a priest who ran out to the swarm of people telling them that a young general just spoke on the BBC and asked them not to give up hope.

That general was 19-year-old Geneviève’s uncle and his words inspired her and so many others to press on and do something for France. Not all of us have uncles like this, but then again not all of us respond to calls like this in the way that she did.

Her commitment to France and her survival in the concentration camps were formative experiences that shaped all of her future involvement after the war.

Q: What was the relationship like between her and her famous uncle, Charles de Gaulle?

A: Geneviève and her uncle were very close, in part because he was a tremendous confidante and comfort to her when she needed to talk. She could talk to her uncle in a way that she could not always talk to her deeply sensitive father, and she knew that she could trust him with her confidences.

Charles, for his part, saw a bit of himself in his niece. He respected her for her intelligence and bravery, and would seek out her opinions on things from time to time. So there was a great foundation of love, trust and respect between them and I think it empowered them both to pursue the things they felt were right and just for France.

Q: You write, "Geneviève de Gaulle Anthonioz never considered herself a hero or a saint, though she was called both of those things in her lifetime." What is her legacy today?

A: In May 2015, she was symbolically interred in the Panthéon with three other resisters as a reminder that we should not be indifferent when the world around us changes in a way that is unacceptable.

Her story is really about the choices we make when faced with such a change. Do we sit back and do nothing? Or, do we do as she did, and decide to do something about the challenges we face?

Her desire to do something, even when her life was in danger, or the road was uncertain, continued after the war until her death. She served the women who were deported and interred like her, and who needed help rebuilding their lives after the war.

She bore witness to the horrors she faced in a concentration camp so that the world could know and never forget about what happened. And later, she was a tremendous advocate for France’s poor, ensuring that their rights were not ignored.

A: Right now, I’m focused on telling people about The General’s Niece. But I began researching a possible future book idea that I became interested in after I met my manuscript deadline.

I’m not ready to go into detail about it yet, but it’s about another really interesting Frenchwoman whose life crossed paths with a person I wrote about in The General’s Niece. I’m sorry I can’t say more than that!

A: One of my favorite research memories was the afternoon I interviewed the resisters Anise Postel-Vinay and Michèle Agniel.  It was a wide-ranging interview where we talked about their memories of wartime, their entry into the resistance, their deportation to a concentration camp, their lives after the war, and their memories of Geneviève de Gaulle.

Their stories were heartfelt, funny and brave and I felt so fortunate to spend time in their presence. They are living history and national treasures. I’ve carried them with me in my heart since that day we met and feel a tremendous responsibility to them and to Geneviève de Gaulle and her family to make sure that the stories of female resisters are well-told and not forgotten.