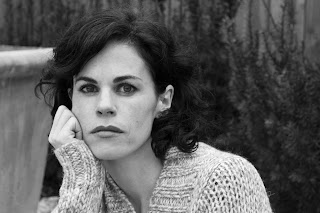 Nicole Lundrigan is the author of the new psychological thriller The Substitute. Her other novels include The Widow Tree and Glass Boys, and her work has appeared in a variety of publications, including Reader's Digest and Mothering. She lives in Toronto.

Q: How did you come up with the idea for The Substitute?

A: A couple of years ago, there was a case involving two 12-year-old girls who stabbed their “friend” as a way to connect with [the fictional character] Slenderman.

Reading those articles prompted me to research juvenile criminals, as well as the childhoods of those who grew up to kill. I wanted to understand how those crimes could happen and why. 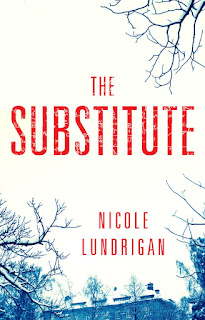 Slowly, ideas started to form about a troubled character and some terrible experiences. While the Slenderman stabbing was the tiniest seed that nudged me to begin the novel, there’s nothing about the case in the book.

Q: You write the chapters from Warren's perspective in third person, and the other character's chapters in first person. Why did you structure the book that way?

A: When I was writing Warren’s character, I wanted to keep some distance. In my mind, I was watching him from afar and learning about him.

With the disturbed character, the voice was clear and present. As I planned to keep that person completely anonymous, I felt as though I had to see through those eyes. The anonymous narrator appears cold and detached, but there is an intense vulnerability there.

Structuring it that way also allowed me to let the question of identity linger. Are there two separate main characters, or just two sides of the same coin?

A: While I may start out with general ideas, things tend to evolve as I’m writing. The more I write about particular characters, the more I get to know them. Sometimes I have to go back and adjust things as they were written when I had less insight.

I don’t make many notes. Many times I’ll make a decision, and that will alter what I’ve already written. I’m always padding and scraping, injecting and extracting. When I think about it, it’s very inefficient, but ideas only come to me when I’m writing.

A: I really admire writers whose characters haunt my mind long after I’ve finished the book. I recently read My Name is Lucy Barton by Elizabeth Strout, and it was so honest and compelling, I was convinced it was autobiographical (it’s not).

The Break by Katherena Vermette is another powerful novel that really moved me. The main character in the novel Eileen by Ottessa Moshfegh is loathsome and painfully human. I will never forget Johnny in Joel Thomas Hynes' latest novel, We’ll All Be Burnt in Our Beds Some Night.

I also really admire people who create worlds for children. Sharon Creech, Kate DiCamillo, and Patrick Ness consistently break my heart, then heal it up again.

A: I’m about 2/3 through the first draft of a new novel. Strangely for me, I have a concrete idea of where it’s going. One of the characters is a narcissistic sociopath, and probably the most manipulative person I’ve ever written. I’ve been spending a lot of time with her, and have yet to see a redeeming quality.

A: While the anonymous narrator in The Substitute has been called a psychopath, I think that’s a label with limitations. My character does horrible things and claims to feel no guilt, but there is tremendous depth beneath that controlled exterior. Many of those calculated behaviors are spurred on by love – a need to find it and then cling to it.