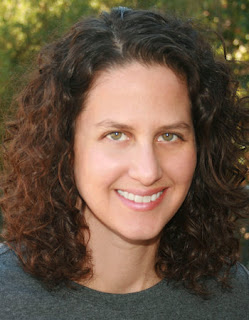 Jillian Cantor is the author of the new novel The Lost Letter. Her other books include The Hours Count and Margot. She lives in Arizona.

Q: How did you come up with the idea for The Lost Letter?

A: My agent gave me the first spark when we were talking about what I might write next and she asked if I’d ever thought about the people who designed stamps. (I hadn’t until then!) I started some research from there and began to learn all the ways stamps were actually used in the resistance in World War II.

And beyond that, my grandmother passed away a few years ago of Alzheimer’s and I was thinking a lot about her and about memory, the way memory both leaves us and stays with us in strange ways. That’s the heart of this story for me. 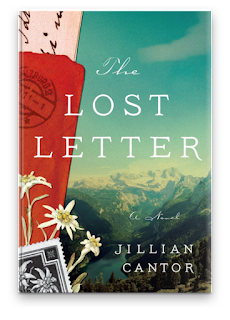 A: To be honest, I’d never thought much about stamps or stamp collecting before I started this book.

Before I started writing – actually before I had any idea what the story was, only that it was something about a stamp engraver – I visited the Postal History Museum in Tucson and asked the librarians there lots of questions. I left with a bunch of articles about engraving and a pile of old books, stamp guides like the ones Katie finds in the book.

I also visited the Holocaust Memorial Museum in D.C. around the same time and spent a while in their wonderful resistance exhibit. I did a lot of online research as well, about resistance groups, stamps and stamp collecting, Austria, Berlin before and after the wall fell in the 1980s. 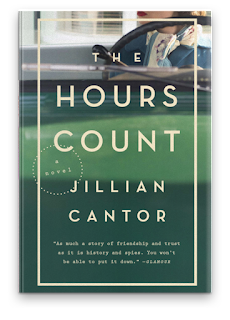 I watched this excellent German TV series, Deutschland 83, which gave me a sense of life in Germany in the 1980s – I was lucky that it happened to be airing the summer I was drafting the book.

What surprised me the most is how much I learned about the 1980s, from a historical perspective while doing research. It’s the first “historical” time I’ve written about where I was alive, and I feel like I remember it well. But as I researched, I realized I wasn’t aware of so much of the important worldwide and political events at the time.

Q: The book takes place in Austria in 1939 and also in Los Angeles a half-century later. Did you write the chapters in the order in which they appear, or did you focus more on one time period before tackling the other? 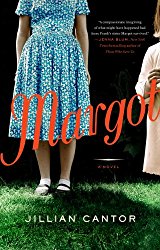 A: Yes, I did write the chapters in the order they appear. I always knew how the stories would be connected so I felt it was important to write it in the order it would be read, to get a sense of this connectedness and pacing as I drafted it the first time.

When I was revising, however, I revised one storyline at a time, reading and revising each time period straight through as a separate story.

Q: You write in your Author’s Note about a letter of your own that’s important to you. What role do you see letters playing in people’s lives, and will that continue in the age of texts and emails?

A: I don’t know that letters have much of a role in people’s lives any more? Except that handwritten notes are almost so rare that writing one – or getting one – really means something. I love texts and emails, but as I wrote this book, I did pause to wonder if in 20 or 30 years I’ll regret not having any tangible written communication to hold onto, as in the past.

A: I’m in the early stages of a new historical novel. Too early to say much, but it’s another dual point of view, dual timeline story that takes place in the 1940s.

Thank you so much for having me on your blog, Deborah!

--Interview with Deborah Kalb. For a previous Q&A with Jillian Cantor, please click here.
Posted by Deborah Kalb at 6:12 AM