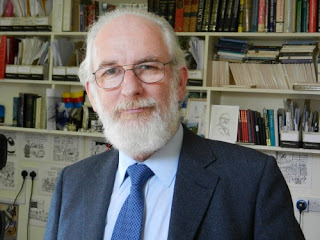 David Crystal is the author of the new book Making Sense: The Glamorous Story of English Grammar. His many other books include Spell It Out and The Story of English in 100 Words. He is Honorary Professor of Linguistics at the University of Wales, Bangor, and he lives in Holyhead, North Wales, UK.

Q: How did you first get interested in linguistics?

A: An interest in languages always comes first, and in my case that arose from growing up in a bilingual community, in Wales, and developing a curiosity about why people speak differently. Later fuelled by a good range of languages in school.

Then an excellent English degree course at University College London, which balanced language and literature, incorporated a range of related languages (such as Old Norse and Gothic), and introduced me to phonetics.

Q: How would you say the teaching of grammar has changed in recent decades?

A: Dramatically, though with a lot of variation among countries. Not since the end of the 18th century have there been so many changes in grammar teaching as I've lived through.

In the 1950s we saw the final years of the old-style formal approach (parsing), with its strongly 18th-century prescriptive bias. The 1960s saw the disappearance of this ethos, but with nothing replacing it, other than a very general “language in use” approach, resulting in a generation of schoolchildren who were given no grammar-teaching at all.

This state of affairs lasted until the 1990s, when the new National Curriculum brought in a more balanced and insightful approach that incorporated grammar within a highly motivating perspective of meaning and use.

Many teachers in the UK became really experienced at putting this approach into practice, so it came as an unwelcome shock to find the clock being turned back a few years later during Michael Gove's period as Secretary for Education, and old-style “naming of parts” returning in the form of tests at primary school level.

My hope is that the insights from the earlier period won't be lost, and that was one of the reasons I wrote my book.

Q: What is the connection between grammar and glamour?

A: Apart from having the same etymology - the ability to read and write once upon a time being seen as a very mysterious, almost magical skill - the connection is through meaning and use. In technical terms: semantics (the study of meaning) and pragmatics (the study of the choices we make when we use language).

By showing what the different bit and pieces of grammar mean, and how and why they're used in daily life, we make them relevant to the task of everyday communication and - if we search out the contexts that are interesting, exciting, and indeed glamorous - we can make them come alive. 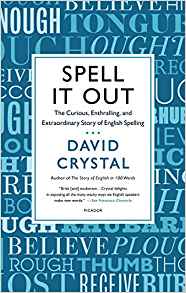 For one 10-year-old, the most glamorous thing in the world was to be able to write like Terry Pratchett. By showing her some of the ways Terry cleverly manipulates word order - such as putting strings of adjectives after the noun to add atmosphere (“He saw the gleam of ten thousand eyes, green, red, and white”), she wrote her own story in his style and got her wish.

Q: How much has English grammar evolved over the centuries, and what are a couple of examples that are especially fascinating when it comes to changes?

A: Well, enormously, of course, as a glance at Old English shows straight away, for then we see all the word-endings and unfamiliar word orders - very German-like at times - that English has since lost. On the other hand, there are several constructions that haven't changed at all.

One of the most interesting changes, to my mind, was the period in the Middle Ages when we lost the contrast between “thou” and “you” in everyday speech. It was still around in Shakespeare's day, and exploring how the switch between the pronouns always alters the temperature of the relationship between speakers in his plays is really fascinating.

What does switching the pronouns tell us about the changing relationship between Macbeth and Lady Macbeth, Hamlet and Ophelia, or Othello and Desdemona? We start with grammar, but we end up in drama.

Q: What do you see looking ahead when it comes to the evolution--and the teaching--of English grammar? 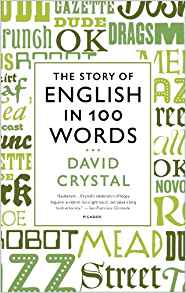 A: English grammar will continue to change, as it has always done, but slowly. It's impossible to predict the future, but I would expect the changes we are seeing today to continue, such as a steady increase in the use of the progressive forms with verbs that used not to accept it, as when people say I'm loving it instead of I love it (as in the McDonald’s slogan).

As for teaching... one good consequence of the controversy over the current testing of young children in the UK is that it has brought grammar to the attention of the general public once again.

Again, predicting the future is impossible, especially when the decisions lie in the hands of politicians whose grasp of linguistic issues is typically primitive or naively prescriptive.

A linguistically well-informed minister would help. Without that, it's up to the teachers themselves - supported of course by people writing books and offering in-service courses on the subject - to show parents, practitioners and the powers-that-be how grammar can be made to come alive and really help in the development of young people's oracy and literacy.

The existing professional magazines for English teachers already do a great job, and I hope these continue to flourish.

A: Right now? A book on a little-known but hugely prolific 20th-century poet called John Bradburne, whose work I've been editing online for some years.

It's a stylistic and literary critical study called A Life Made of Words, and will be published soon via my website as print-on-demand and as an e-book. Getting that ready is quite a task, as it involves collaborating with book designers and printers.

Then, in the new year, the final volume in my series for Profile Books (who published Making Sense) will appear: it's on pronunciation and is called Sounds Appealing.