Q&A with Loren A. Olson 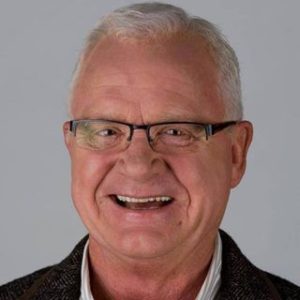 Loren A. Olson is the author of the book Finally Out: Letting Go of Living Straight, now available in a new edition. A board-certified psychiatrist with more than 40 years of experience, he is a Distinguished Life Fellow of the American Psychiatric Association and has been named an Exemplary Psychiatrist by the National Alliance for Mental Illness.
Q: Why did you decide to write this book, and what’s different about this new edition of the book?
A: I didn’t intend to write a book. I began by attempting to find the answer to the question that I have been asked so often: “How could you not know you were gay until you were 40 years old?” I was curious from a personal perspective, but I also wanted to examine the question from the perspective of a psychiatrist. So, I began to do some research.
When I went to the medical literature, I found that not much had been written about the experience of men who come out in midlife. Most of the studies of gay men were done on young, urban, self-identified gay men.
What I read suggested that for gay men, the coming out process should be wrapped up by one’s mid-20s, and I was much older then and living in rural America. But I discovered that my experience was not at all unique, and I have heard many times from readers who say, “Where was this book when I was going through the same thing?”
I knew that to understand myself, I would need to re-explore what life was like in rural Nebraska in the 1940s and ’50s, so I began to read everything I could find that described growing up there in a town of a thousand people who all looked alike, thought alike, and believed alike.
Because so much has been written about a gay son’s relationship with his father, I knew I would also have to examine the role that my father’s death when I was 3 years old had on my resistance to the development of my sexual identity.
I decided to write a second edition because so much had changed for the LGBTQ community in the six years since the first edition was published in 2011, the biggest change obviously being the expansion of marriage equality to all 50 states.
I also got older, and I wanted to add a chapter about the challenges, but mostly about the opportunities, that come with aging for gay men and women. Q: What do you hope readers take away from the book?
A: My initial intent was to write for and about men who, like me, struggled with their sexual orientation into their mid and late lives. My greatest satisfaction comes when I get a note that says, “You didn’t write about you; you wrote about me,” and that happens quite often.
What I wanted readers to know, those men and women who face the predicament of a choice between sexual authenticity and their families, was that no optimal solution exists for the dilemma they are facing.
When risks and outcomes are unknown, we must find an acceptable—albeit less-than-perfect—solution. Most of all, I wanted them to know that there is hope, that their mental anguish can be resolved in a positive way.
But as I wrote Finally Out, I realized that I also wanted to broaden its scope to provide support to the spouses and other family members impacted by the gay person’s decision to come out. Empathy facilitates forgiveness for both the betrayer and the betrayed, and understanding the pain all have experienced can lead to rapprochement for estranged family members.
Finally, I wanted to write a solidly researched resource for counselors, therapists, and clergy who counsel these people.
Q: You describe many of your own experiences coming out in midlife. What were some of the factors leading to your decision to come out at that point?
A: I included many of my own experiences because I didn’t want Finally Out to be an academic treatise; I intended it to be accessible but not dumbed-down. People relate to stories of other people, and I wanted readers to know I had lived it, and my family and I had come through it to reach a richer place in our lives.
I decided to come out because I knew that trying to contain my same-sex attractions was going to be like trying to tame a wild mustang. I knew I could easily be thrown off that horse again and again.
I had never intended to break my vows to my wife, and I didn’t want to make another vow to her that I was afraid I couldn’t keep. I came out to avoid a potentially more painful and humiliating outcome later.
Q: What do you see looking ahead when it comes to gay rights?
A: Many in the LGBTQ community thought our work was done when the U.S. Supreme Court made same-sex marriage the law of the land.
Frankly, I am worried. Gay men and women are being killed in many parts of the world because of their sexual orientation. Having lost the fight against marriage equality, members of the alt-right have focused their anger and hatred on the transgender community as “bathroom bills” are sweeping across the country.
“Gays, guns, and God” was the rallying cry for the alt-right for many years, and now the call seems to be to create an illegitimate fear that transgender men and women will destroy the lives of children.
Q: What are you working on now?
A: Much of my current writing has been a series of essays regarding older gay folks, which have appeared in a variety of publications. I have also completed about two-thirds of a rough draft of a memoir that takes a more intimate look at my life and includes stories that were left out of both editions of Finally Out.
I have also been doing a lot of speaking on coming out in midlife, men’s sexuality, and the opportunities of aging. After I spoke in Houston following the release of the first edition, a man raised his hands in the air and said, “I’m 82, and this is the best time in my life.” I thought, What does he know that I should know?
My mission is to refocus people away from the challenges of aging to the opportunities we have that we’ve never had before and will never have again.
I also want to remind the older LGBTQ community that we must add our voice, our wisdom, and our experiences to the voices of those who are younger and have more energy, as we challenge the erosion of the civil rights that we have struggled to obtain.
Q: Anything else we should know?
A: Writing a book demands time, dedication, and sacrifice. I owe a lot to my husband, who was always supportive but also sacrificed time that we might have spent together.
Writing about one’s personal life also exposes people you love in ways they may not have wanted. I owe a debt of gratitude to my ex-wife, Lynn, and my daughters, whose stories were so entwined with mine that they had to be included. And yet, they supported my sharing them.
Since the launch of the book, I have been writing, speaking, and traveling across the country, and I have booked engagements into the late fall.
One of my greatest joys is meeting people and hearing how their stories blend with mine. I also love hearing from readers and respond to everyone I hear from. Those intimate connections are the greatest rewards for writing Finally Out: Letting Go of Living Straight. I look forward to continuing these conversations.
--Interview with Deborah Kalb
Posted by Deborah Kalb at 7:28 AM