Barry Kalb is the author of the novel Cleaning House. Originally published in 2003, it has been newly reissued. He also has written the novel Chop Suey and the writing guide You Can Write Better English. He has worked for a variety of news organizations, including Time and the Washington Evening Star, and taught for 10 years at the Journalism and Media Studies Centre at the University of Hong Kong. He is based in Hong Kong.

Q: Why did you decide to reissue your novel Cleaning House?

A: The small Hong Kong publishing house that originally published the book went out of business, and never had the kind of clout in the first place to publicize the book the way I hoped it would be publicized.

In the meantime, I had published my second novel, Chop Suey, by myself on Amazon, and the enthusiastic reception that book has received led me to reissue Cleaning House on Amazon.

Q: How did you come up with the idea for this book, and for your character Noah Archer?

A: The overriding theme of the book is the overpopulation of the Earth. As a longtime resident of Hong Kong, I watched China’s population pass a billion, and continue to grow despite the government’s attempt at population control. India was close behind. The reality was hard to ignore. But finding a way to write about it was something else. 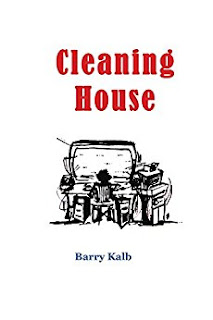 A writer typically reads or hears something that makes him or her think, “That would be a good theme for a book.” In this case, there were two things that led to the writing of Cleaning House.

First, I was reading Stephen Hawking’s A Brief History of Time, and I came across the line, “These (laws of the universe) may have originally been decreed by God, but it appears that he has since left the universe to evolve according to them and does not now intervene in it.” In other words, God created Man and then left him to get on with it.

It also occurred to me that the six “days” of creation each averaged a couple of billion real earth years: in other words, mankind has been on its own for long, long time, and has made quite a mess of things along the way – including “being fruitful and multiplying” out of all control.

Second, I was reading about some terrible act or other in the newspaper one day, and I thought, wouldn’t it be nice if we could just do away with all the bad people?

Then I thought – here’s the writer at work – if we actually could do that…how would it work? And would eliminating only the bad people bring the population down to a workable level, or would the cuts have to be deeper? The result was Cleaning House.

Mass death is hardly a pleasant subject, so I decided that the book would be a satire, with a lot of humor in it to offset the main theme.

I then realized that in order to carry out a plan to eliminate mainly bad people, God would need someone who knew the politics and idiosyncrasies of the world’s many nations and peoples.

I chose for that an unassuming but very knowledgeable risk analyst, the kind of person who travels all over the world getting to know local conditions on an intimate basis. That led to the creation of Noah Archer. 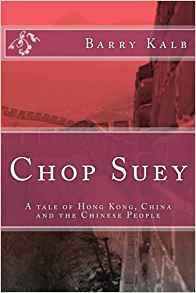 Q: Given that the novel first came out in 2003 and focused on the start of a new millennium, have reactions to it been different at all this time around?

A: Not really. I haven’t received that much feedback about the book, but people who have contacted me generally appreciate both the social and political commentary, which is still valid today, and the humor, just as they did when the book was first published.

Bits of the book are dated – Saddam Hussein is no longer with us – but in general I think the book holds up quite well.

Q: Do you have any favorite satirical novels?

A: I guess my favorite, and in many ways a model for my book, is Joseph Heller’s Catch-22. Heller took a real-life situation, World War II, turned it on its head, and then took the improbable situation he had created to its logical conclusion.

That’s what I tried to do with Cleaning House: I asked myself, if God decides to eliminate a third of mankind, and he picks someone to do it with the help of a computer, how would that actually play out? Which other individuals and organizations would get involved and how would they react? 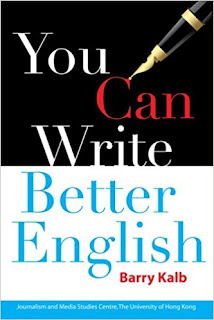 There’s an African priest who believes in birth control and who is accidentally elected pope. There’s a shape-shifting angel, the Archangel Wong, whom God assigns to assist Noah. I just let my imagination run wild, and I had a great deal of fun writing the book.

A: I have a third novel pretty much written. It’s set just a year after the 9/11 terrorist attacks, but it harks back to the communist era in Eastern Europe and the Solidarity movement in Poland (which I covered as a Time magazine correspondent).

The main character is a man who was a young journalist in Poland back then, who underwent a terrible trauma, and who, to rescue his sanity, returns to one of his early passions, the world of wine. The novel talks about how past actions continue to affect our present (a theme I also explored in Chop Suey).

I call it “a gripping tale of wine and international terrorism.” I have a couple of people looking at it, and I hope to publish it later this year.

A: Noah’s name is an obvious play on the name of the person God chose to manage His first housecleaning (Noah’s ark/Noah Archer). In fact, almost all the names in the book are plays on words.

Most are just the names of foods – Monsignor Kielbasa (a type of Polish sausage); Cardinal Guanciale (Italian for a type of cooking fat); Chinese President Tang Mianji (Mandarin Chinese for chicken noodle soup) – but there are also hidden historical and cultural references in the names and elsewhere.

The improbable name of the colonel in charge of ending the mosque takeover in India, for example, is Ali Singh Patel, Ali being a typical Shi’ite Muslim name, Singh being a traditional Sikh name, and Patel a common Hindu name: the colonel embodies Gandhi and Nehru’s ideal of a multicultural India, even as sectarian violence tears the country apart.

The book is full of such hidden references, and I enjoy it whenever a reader discovers one of them.

--Interview with Deborah Kalb. For a previous Q&A with Barry Kalb, please click here. As far as we know, we are not related!
Posted by Deborah Kalb at 7:12 AM