Q&A with Katie A. Nelson 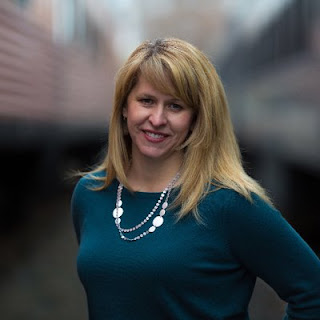 Katie A. Nelson is the author of the new young adult novel The Duke of Bannerman Prep, a modern-day retelling of The Great Gatsby set at a prep school. She taught high school English and debate, and she lives in Northern California.

Q: How did you come up with the idea for The Duke of Bannerman Prep?

A: The idea for The Duke of Bannerman Prep took a long time to marinate in my mind. I used to teach high school English, so I was always trying to find parallels between the classic literature that we read in class and my students' lives.

When we were studying Gatsby, it was often hard for my students to understand the context of the novel, the new money vs. old money, and the idea that a young person could make a lot of money in a short time--at least enough to live the lifestyle of the old money crowd.

But they all knew who Mark Zuckerberg is, and know how much money the tech industry creates, so it made sense to me to move my story to the West Coast and into that world.

I'd always wanted to write a story about someone on the debate team, as it was such a central part of my high school experience. Once the idea for merging the two stories came together, I had the bones of the book.

Q: The book is described as a contemporary Great Gatsby. What appeals to you about The Great Gatsby, and why did you choose to set your book among prep-school students?

A: I have loved Gatsby since reading it for the first time in high school. I've always been fascinated with ideas about class. We have this American ideal that anyone can be anything if you work hard enough, but that isn't always the case.

Some people are born into privilege and while we applaud the stories of people who come from nothing and become successful, the reality is that those stories are pretty rare. 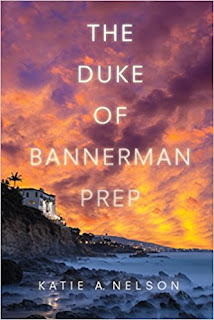 Gatsby does such a great job of analyzing that class structure vs. the American dream, but it was written at a different time in our country's history. I wanted to use that context to show what has changed about class in America, and what is the same.

The prep school was appealing to me because it works as a microcosm for those ideas. Even though there are scholarship students there, the majority of the people (at fictional Bannerman) come from a place of great privilege.

So I thought it lent itself well to the exploration of how that privilege works, in relation to hard work and talent.

Q: What's your writing process like? Do you work from an outline or change many things around as you write?

A: My writing process really varies. I tend to get an idea for a novel, but I don't actually sit down to write it until I've thought about it for several months. At that stage, I'll write ideas down in a notebook, but then I put it aside.

I like to have a strong sense of who my characters are, so I'll write dialogue and journal entries from their point of view as well. I usually don't have a solid outline, but I have plot points in my head that I know I want to hit. I'll then start drafting. I do many, many drafts.

For The Duke of Bannerman Prep, I played around with a past/present structure, as well as big chunks in second person point of view.

Neither of those drafts worked for the story, but they helped me figure out what I was trying to do and who my characters were, so I really believe that they weren't wasted (even though I scrapped tens of thousands of words each time).

Q: Who are some of your favorite writers?
A: I think I could fill a book with all of my favorite writers! My favorite classic writers are Jane Austen, Elizabeth Gaskell, Victor Hugo, Willa Cather, and of course, F. Scott Fitzgerald!

A: I'm working on a story about a young woman who is trying to find her sister, and has to enlist the help of her sister's ex-best friend, who she hates. It's been a labor of love as so much of my heart is tied up in this story, and I *think* I've finally figured out how to tell it. Famous last words . . .

A: Thanks so much for interviewing me! I love connecting with readers and other writers! You can find me on twitter and instagram at @MsKatieANelson, or reach out via my web site, katieanelson.com.