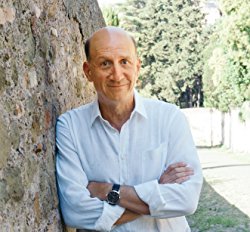 Jonathan Levi is the author of the novel Septimania, now available in paperback. He also has written the novel A Guide for the Perplexed. He is a founding editor of Granta magazine, and his work has appeared in a variety of publications, including GQ and The Nation. Also a musician and educator, he has written plays, musicals, and operas. He lives in Rome.

Q: You've said that you first heard about the historical Kingdom of Septimania--which Charlemagne gave the Jews of Southern France--in the late 1970s. Did you think at the time that you'd end up writing a novel about it?

A: In the late 1970s, I was working on bringing out the first issue of Granta. Although I was writing plays, the idea of writing a novel—especially since I was editing extraordinary writers at the time—was far from my mind.

The historical Kingdom of Septimania seemed more a part of the fabric of an England woven at the time by Monty Python, the Bonzo Dog Doo Dah Band, and a House of Lords that debated the existence of the Loch Ness Monster while the country was paralyzed by a transportation strike.

It was only 20 years later that my memory of Septimania joined with my desire to write something about the search for origins, and I thought—hey, there might be a novel here.

Q: The book includes a variety of locations and time periods--did you need to do much research to write this, and did you learn anything that especially surprised you? 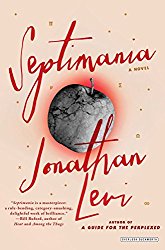 A: A large amount of library research, and many conversations with historians and others went into the conception of Septimania. But most of it came together when I moved to Rome in 2007 and let my feet guide my imagination as I wandered the streets.

But the most surprising lessons came from the ghosts I heard on those walks—the voices of people I had known and who worked their ways into the souls of my imagined characters. They told me that, no matter how fanciful and magical reality might seem at times, the sentiments and desires of people are, at heart, very simple. And that’s when I started writing.

A: When I first began to conceive of Septimania in the late 1990s, I thought I had an idea how the novel would end. If I could remember that original thought, perhaps I could trace the course of the changes. 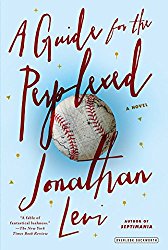 But change is both the joy and the punishment of the novelist. Punishment because of the years of rewrites and changes. Joy for the moment when suddenly I saw the right path and the whole novel came into tune—at least for me!

A: I hope Septimania leaves readers with a feeling of wonder for both the complexity of life and the marvel that we ever find any answers, both to the meaning of life and the search for love.

A: I’ve just finished a draft of a new novel titled A Hero of Our Time, about a war correspondent who has lost his way. And this autumn should see the premiere of a new song cycle with the composer Mel Marvin called Truth & Reconciliation.

A: I noticed that your May 21 entry, Deborah, featured Peter Brooks and his new book on Flaubert and George Sand. Peter was my advisor at Yale many, many years ago.

I first came to him as a physics major, and, as much as anyone else, Peter showed me that the study of literature could be as broad and rigorous as cosmology and quantum mechanics. I am delighted to see that we are still trading questions and answers all these years later, even if on parallel pages in your blog!