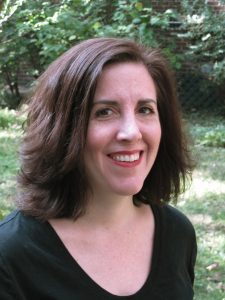 Jennifer Kitses is the author of the new novel Small Hours, which examines a single day in the life of a married couple, Helen and Tom. Kitses has worked for Bloomberg News and Columbia Business School, and she lives in New York.

Q: How did you come up with the idea for Small Hours, and for your characters Helen and Tom?

A: For me it was all pretty tied together—I had the situation, I had Tom’s storyline I wanted to deal with. I wanted to capture the feeling of how much can happen in a single day.

I have twin daughters—they were in preschool, I was freelancing and trying to take care of them. Going back and forth between Tom and Helen—that was the kind of life I was living. My husband and I were having intense days that weaved together. [It’s the idea of] having separate days in separate worlds.

Q: So you knew from the beginning that you would go back and forth between them?

A: I had the two storylines, and I wanted to go back and forth.

Q: How did the idea that the action would take place in one day affect the writing process? 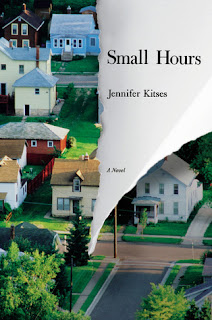 A: There were constraints because of that. I was checking train times to my imaginary town. Devon isn’t real but I didn’t want to create a train that wasn’t there. Even the sunrise time [which plays a role in the story].

The other part is that I allowed myself the ability to jump back in time. The backstory is woven into the early chapters. I let myself do that. For the most part, the story moved forward, except for a few times…in the middle. You don’t want to let yourself be backed into a corner.

A: There were at least 50 others! I did want to stress that it’s not just the time frame, but that each hour is so full. Tom thinks about his hours being so full, and that his whole life can seem to be going by in the course of an hour. I was trying to evoke that.

A: A big influence in terms of the time frame is The Sportswriter by Richard Ford. It takes place over a few days. You go through his day step by step in the present tense.

I also love Tom Perrotta’s books, especially Little Children and Election. Once you’re in the story, you’re in.

I’m a huge fan of Elizabeth Strout. She’s amazing at putting you into a story. She’s also amazing with timing. Amy and Isabelle moves back and forth and jumps around, and you almost don’t notice it.

[I like] Kate Atkinson, especially Life After Life. I buy so many books. I have ridiculous piles of incredible books. There’s never enough time.

A: I’m in the very early stages of a couple of things. My early drafts tend to be a mess. The last few months, I’ve been pretty busy gearing up for this [book launch].