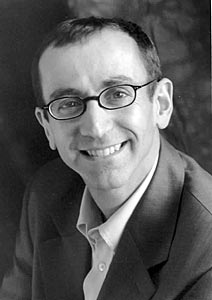 Nicholas Mirzoeff is the author of How to See the World: An Introduction to Images, from Self-Portraits to Selfies, Maps to Movies, and More. His other books include The Right to Look and An Introduction to Visual Culture. He is a professor of media, culture, and communication at New York University, and he lives in New York City.

Q: You write that in the past 40 years, "the world has changed dramatically in four key registers. Today, the world is young, urban, wired, and hot." How have these changes affected global visual culture?

A: It's dramatic. Most people now live in cities, are under 30 and 49 percent of the world's population is online in some way.

And the result is the most spectacular explosion of images. Over a trillion photographs taken every year. 700 million Snaps posted to Snapchat every day. Four hundred hours of video posted to YouTube every minute.

To put this in perspective, Americans alone take more pictures every two minutes than were taken in the entire world throughout the 19th century.

My argument is that the image-sharing culture in which we live is our response to the dramatic changes we see around us every day--a way to understand what's happening and then perhaps steer that change in a positive direction.

Is your neighborhood gentrifiying and pushing out the locals? Post pictures to Instagram, start a hashtag, get the council involved. Or most notably in the U.S. of late, did the police shoot or harm a person near you? Post it, use their name, start a movement.

Look at South Africa for an example. Black South African students didn't like the fact that the University of Cape Town had a statue of the British imperialist and racist Cecil Rhodes (yes, the Rhodes Scholarships are the same person).

So they started a campaign online, #RhodesMustFall, that became a student action movement and the statue was removed to a museum. Then the government tried to raise student tuition and a new hashtag/campaign was started, #FeesMustFall. Students won again. 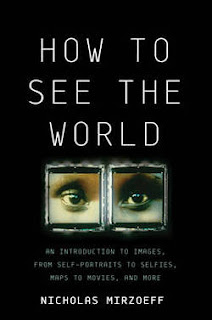 They identified corruption in the government and started yet another movement, #ZumaMustFall, meaning the country's president. This campaign was more complicated because all kinds of people who were not involved in the student issues picked up on it.

But the local elections in August saw the ruling African National Congress suffer its worst losses since independence in 1994. South African artist Zanele Muhole calls this “visual activism,” a term I adopted in the book.

But there's a fourth condition, global warming, and this is the joker in the pack. Young people using new forms of communication in cities to make change is a pattern we know.

Now the rules are changing. South Africa suffered its worst drought in decades this year. 2016 is already the hottest year on record like 2015 before it. In Brazil, home to the world's largest rainforest, the giant city of Sao Paolo is running out of water.

We've become used to the ways modern industry changes the environment. Dust in the air from pollution makes for beautiful sunsets. We have to learn again how to see climate change.

Q: In the book, you state, "All media are social media. We use them to depict ourselves to others." What do you see looking ahead for the social nature of media?

A: When we look at social media, it's remarkable how important sharing has become. In 2015 we posted 1.8 billion photos every day and nearly all of them were to social media sites. Places like Flickr where we used to store photographs are not expanding at anything like the same rate.

Social media are going to become even more visual--"all visual all the time," in the words of the influential Meeker Report. For all its use by a certain presidential candidate, text-based social media like Twitter face an uncertain future. 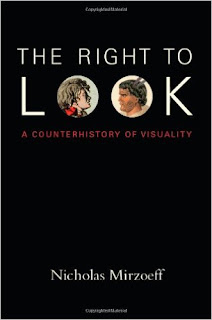 The next thing that's already here is livestreaming yourself. That means relaying your experiences as they happen live using video.

We saw a dramatic example of this recently when Diamond Reynolds used Facebook Live to stream her thoughts just after her boyfriend Philando Castile had been shot by police in Minneapolis.

Even more remarkably, President Erdogan of Turkey used Facetime to send a message of reassurance to his country during the attempted military coup last month.

With so much social media, it's easy to miss things. So both Snapchat and Instagram offer their users the chance to compose Stories of what's been happening.

Snapchat leave Stories up for 24 hours--unlike the famous 10 seconds you have to view a standard Snap. These are visual narratives being used as diaries in place of blogs or status updates.

But these things are obvious because they're already here. The most striking aspect of our social media lives is how new it all is--YouTube was set up in 2005. When the printing press began in the 15th century, the predominant use people imagined for it was to produce Bibles.

These early moments of social media will come to seem like the silent movies, or the first television shows--quaint, limited but with a certain undeniable charm.

Q: You discuss selfies and their links to previous forms of self-portraiture. How are they connected to self-portraits from previous eras, and how do they differ?

A: Selfies are the first form of visual language created by the young, urban networked majority. Sometimes reviled, we see presidents and prime ministers taking them now. Notably, they are mostly taken by women, often two or more friends together. 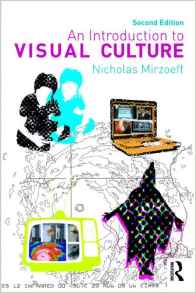 Self-portraits in painted form were used to make claims about the skill and status of the artist as a heroic individual. The selfie is a crowd format: often taken in groups, it matters only when shared and liked (or not!).

We often hear them described as narcissistic. Remember though that Narcissus spent all his time staring at his reflection so that he died. He had no interest in making a physical image, let alone sharing it with the Internet. No narcissist would post something under #uglyselfie.

It's become established that a selfie has to be taken at arm's length--the selfie stick didn't catch on. Nearly all cameras come with timers to allow for self-portraits and group shots but those don't count as selfies. It's the extension of the arms that matters.

Media theorist Marshall McLuhan saw electronic media in the 1960s as extensions of our senses. “Television” literally means seeing at a distance. The selfie is different. By holding our device out, we extend the network.

Q: The book includes a variety of images, beginning with NASA's Blue Marble. Why did you choose that as the book's initial image?

A: In 1972 the British artist and writer John Berger wrote the best-known history of images that he called Ways of Seeing. When I began writing this book, I asked myself what I could add to Berger's work, which is still well-loved.

I realized that Blue Marble, NASA's iconic 1973 image of the planet, was the place where that story could begin. Believed to be the most reproduced photograph ever, it made an enormous impact in its time.

People saw in it the possibility of a unified world, and the necessity to be better stewards of the environment. It seemed to encapsulate the optimism of the Space Age. Little did we know then that no human would see that view again.

NASA's 2012 reissue of the photograph was a “tiled” assembly of more than 50 lower-altitude satellite images combined to form one picture and then corrected for color. As a result the USA dominates the 2012 version, where we saw Africa in 1973.

I wanted to tell the story that extended between those two photographs and see what had happened since. I don't see our present condition as a fall from the heights of 1973. I was alive then and it wasn't that great! It's different, with different possibilities and different problems.

A: I'm thinking about what it means to be able to see through the Anthropocene. That's the name geologists have given to the era of human-generated change for what they call the Earth system.

It creates new turning points in history and debates over how we recognize them that go far beyond a technical debate in earth science to put again that apparently familiar question of what it means to be human.

A: People often ask me if I'm an artist. I am never quite sure how to answer this because I have done artistic projects and worked with art collectives and artists but day to day that's not how I think of myself.