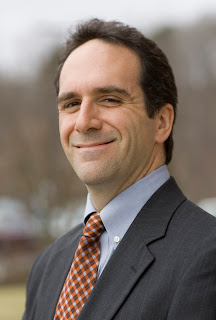 Edward G. Lengel is the author of First Entrepreneur: How George Washington Built His--and the Nation's--Prosperity. His other books include General George Washington: A Military Life and Inventing George Washington. He is a professor at the University of Virginia, and he directs the Washington Papers documentary editing project in Charlottesville, Virginia.

Q: You’ve written other books about George Washington. Why did you decide to focus this time on his role as entrepreneur?

A: The Washington Papers project, which I direct, has spent the last few decades editing and publishing George Washington’s primary correspondence—letters written by and to him during the Revolutionary War, the presidency, and so on.

A few years ago I decided to expand our operations to include the editing and publication of his extensive accounts and financial papers. Studying these documents revealed a whole new side of Washington that has been almost completely neglected (the only other book about him as a businessman was published in 1930).

I decided to take a new look at his entrepreneurial activities not just to reveal more about Washington, but to place him more firmly in the context of his family, his community, and his times—and to discover more about the lessons his story can teach us today.

Q: You describe him as “a crafty and diligent entrepreneur.” What are some of the ways in which he demonstrated that, and how did his political and entrepreneurial activities intersect? 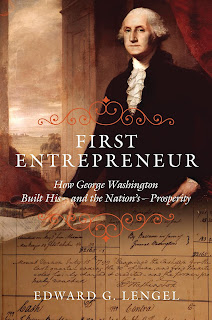 A: Washington’s craftiness is perhaps most apparent in his ability to think beyond contemporary expectations of a Virginia planter.

When the rest of the colony was focused on raising tobacco, he switched his entire operations over the wheat. When his Scottish farm manager suggested he build and operate a distillery at Mount Vernon as a business venture, Washington agreed despite his lack of experience in distilling, and earned huge profits.

His diligence emerges in all of his business activities, for he studied every challenge carefully, pursued his ventures with diligence, and kept exceptionally careful accounts.

Ultimately, Washington came to identify his own financial health and move toward prosperity with the future of the United States.

After the Revolutionary War ended, and even before he assumed the presidency, he recognized the profoundly important symbolic role that he played in American life, and tried to ensure that each one of his activities set a positive example for his countrymen.

As president, he identified establishing the “national prosperity” as his “only aim,” and used his entrepreneurial knowledge to inform his creation of public policy in economics and other arenas, 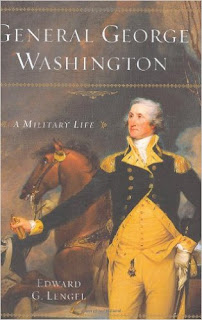 Q: How were his views on slavery affected by his focus on business matters?

A: It seems clear to me that Washington increasingly turned against slavery as he came to understand its basic conflict with the work-benefit principle.

Like other advanced thinkers of his time, he fundamentally regarded industry and morality as two sides of the same coin. An industrious person was a moral person, and vice versa.

The more he watched slavery in operation on his own estate, and the more he witnessed the various ways in which enslaved people were indifferent to or resisted work because they had no vested interest in success, the more Washington regarded the institution as inherently corrupt.

Unfortunately, it still took him many years to break away from it altogether by freeing his slaves by the terms of his will.

Q: Given that a businessman is the Republican candidate for president, what do you think George Washington would think about this year’s presidential campaign? 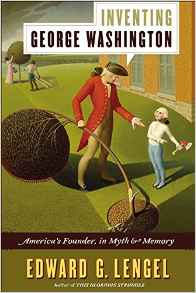 A: Washington would have shared the concerns that many Americans have about the issues of today.

He would have been worried about the economy—especially the national debt and the deficit—and would have regarded war and unrest as scourges to be avoided at almost any cost. He would certainly believe that we need to focus on using business principles to build the national prosperity, and to rebuild domestic manufacturing.

At the same time, he would have decried the partisanship that characterizes this campaign and American public life generally, and would have called for strict civility in public discourse and conduct.

A: I am currently finishing a biography of “Light Horse” Harry Lee, the father of Robert E. Lee.

At the same time, I am beginning work on a new study of the “Lost Battalion” of World War I through the eyes of five major characters, including three Medal of Honor recipients and the famed journalist Damon Runyon. It is probably the most exciting and intriguing story I have ever written.

A: I think that’s it. Thanks so much!