Lyla Blake Ward is the author of the new book Broadway, Schrafft's and Seeded Rye: Growing Up Slightly Jewish on the Upper West Side. She also has written How to Succeed at Aging Without Really Dying. Her work has appeared in a variety of publications, including Good Housekeeping and The Wall Street Journal, and she lives in Somers, N.Y.

Q: You've said that you wrote your new book "because nobody else did." What about growing up on New York's Upper West Side made it special for you, and what are a few of the things that you remember best about your neighborhood in the 1930s and '40s?

A: I didn’t really know how special our neighborhood was when I was growing up; it was just the place I lived, a city within a city. I took the Jewish overtones for granted because almost everyone I knew was Jewish—stayed home from school on the same holidays, had special Friday night dinners and was expected to get all As on their report cards.

As I got older and began to exchange childhood experiences with people who had grown up in different parts of the country, I began to realize how unusual our little area from 72nd Street to 110th Street actually was. And the older I got the more I wanted this little bit of social history to be preserved—the after-dinner strolls along Broadway; the children gathered outside the temple on Yom Kippur; the games we played in Spring outside our high-rise apartment buildings. 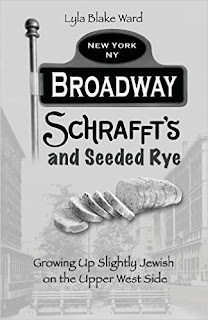 Q: Did you keep a diary during your childhood? How did you remember the details you include in the book, and did you do a lot of research?

A: I didn’t actually keep a diary—I started many-- diaries were a popular gift for little girls-- but I never kept one for any length of time. My memory is pretty good—I may not remember to take the clothes out of the washing machine and put them in the dryer, but I do remember clearly almost every teacher I had in school; my childhood friends—a few of which I still have—and many, many details of the neighborhood and how we lived.

Since my essays tend to be light, I thought some factual pages of history would go well with my personal essays. My husband has always been a history buff, and more or less volunteered to write the history pages, and I spent some wonderful hours going through digital collections of photos: the Municipal Archives, the Museum of the City of New York; and I was very fortunate that only the year before, The New York Public Library finished their street-by-street digital map of the city with all points of interest noted and images available just by clicking on the indicated dot.

Additionally, I reminisced with my old friend Suzy, whom I have known since first grade, and many people who wrote, e-mailed and phoned, sharing their memories, after articles about the old neighborhood appeared in a local newspaper, The West Side Rag.

Q: How would you say the Upper West Side has changed from your childhood to today? Is there anything about it today that still reminds you of those earlier years? 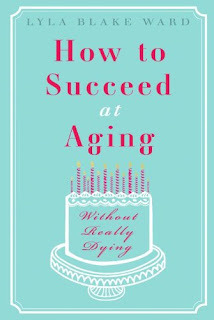 A: Visually, it has certainly changed over the last 75 years—don’t forget, the neighborhood just began to be a neighborhood in the 1920s—all those high-rise apartments on West End Avenue and Central Park West were fairly new; the streetcar was a major means of transportation.

Socially, the sense of community still exists—residents seem to be very aware of where they live and why they live there, but the makeup of the population and the various cultures reflected in the stores and restaurants is much more diverse.

Still, so much remains the same I have no difficulty picturing myself playing hopscotch outside 245 W. 104th Street—that building, now condos, is still there; or going to PS 9 at 82nd Street and West End Avenue next door to 470 WEA where I lived--both buildings are still there. WEA does not look too different than it did so many years ago. Even some of the stores are still there -- Citarella,  Zabar’s, the Town Shop come to mind.

Q: Although you've written articles for many years, your two books were published in your 80s. Did you think about writing a book before that, and how have readers responded to your books?

A: Because I didn’t write fiction or even narrative non-fiction, I didn’t actually think of writing a book. In the early years, my light verse and humorous pieces were written for and published in the women’s magazines—McCall’s, Good Housekeeping, Ladies Home Journal.

I didn’t begin to write humorous OpEds and essays until I was in my 60s. Only when I realized so many of my essays had to do with a senior trying to make her way in a junior world did the subject of aging come to mind and the possibility of collecting some of my published essays and putting them into book form.

My first book, How to Succeed at Aging Without Really Dying, was the result, and it sold more than 25,000 copies here and in Germany, where it was published under the title Wo Ist Mein Lesebrille? (Where Are My Reading Glasses?).

Although a few of the essays in my new book, Broadway, Schrafft’s and Seeded Rye, were previously published, most were written specifically for this book.

A: Right now I’m working on getting the word out about this book—but I realized just recently, I have about 30 essays in my “In the Works” folder that could conceivably be the basis of another book.

I have found people really enjoy humor—an essay about not being able to open the inside packaging on a box of Cheerios may not solve any world problems, but it just may help take your mind off the latest breaking news. So I plan to continue writing about anything and everything that strikes me funny, and hope that next year at this time I will be back telling you about my new book, A Cure for the Common Poll (working title), which will be out in time for the holidays.