Alison Case is the author of the novel Nelly Dean: A Return to Wuthering Heights. She also has written Reading the Nineteenth-Century Novel and Plotting Women. She is a professor of English at Williams College, and she lives in Williamstown, Massachusetts.

Q: You write, “This novel grows in large part out of the experience of teaching Wuthering Heights to generations of Williams College students.” How did that experience lead you to write Nelly Dean?

A: I was often struck by how dismissive students (and for that matter, most critics) were of Nelly, how rarely they considered that she might have a subjectivity and commitments and motivations of her own.

It was as if they had simply absorbed the perspective of some major characters in the novel for whom Nelly is merely a convenience to be exploited when she's useful and pushed aside when she's not.

Some had even been taught in high school that Nelly should be considered the villain of the novel, because of the way some of her interventions backfire for the plot. 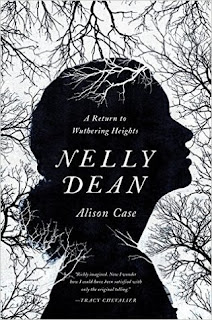 I came to feel that proposing and elaborating a fuller subjectivity for Nelly would actually deepen people's experience of the original novel, but that was not something I could really do in the mode of literary criticism.

Q: As you were writing, what did you feel was the right balance between the events of the original book and those you were adding?

A: That was tricky. I wanted the novel to stand alone, but I also didn't want to wind up reiterating a lot of plot elements from Wuthering Heights.

One solution was to keep Cathy and Heathcliff's share of my story to a minimum. I didn't want to undercut or explain away any of the mysterious power of their relationship in the original, but neither did I want them to swamp my story. So I kept them to the margins.

At the same time, characters who were minor, or in some cases barely mentioned, in the original became much more important in Nelly Dean: the older Earnshaws, Nelly's parents, Hindley, Dr. Kenneth (whom I split into two characters, father and son). 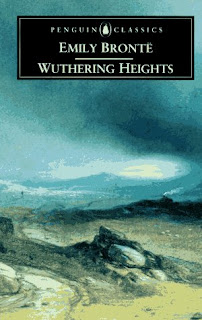 Something of the same thing happens temporally-- that is, in Nelly Dean I tend to expand out periods of time that are passed over relatively quickly in Wuthering Heights, and vice versa.

Q: How did you first get interested in Wuthering Heights, and why do you think it’s still so popular today?

A: My first interest in it was really professional-- I was not one of those teenagers who was obsessed with the novel, being more of a Jane Eyre girl myself.

For someone who teaches and writes about 19th-century British fiction, Wuthering Heights is a constant and fascinating challenge. It's just so odd compared to other fiction of the period, so hard to get a handle on, and yet so beautifully crafted.

It has a mythic quality-- a sense that big, elemental forces are at play, that things are symbolic of something larger than themselves, though not at all in an obvious way, that I think is part of what keeps people coming back to it.
Q: This is your first novel—how does your writing process compare when writing fiction vs. nonfiction? 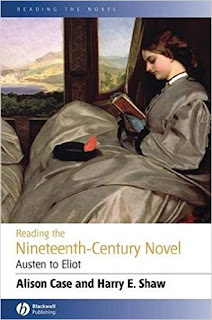 A: Well, it was a slow start. It turns out that a lifetime spent studying fiction is very different from trying to produce it-- I had a lot to learn on the job, as it were, just in terms of technical skills.

One advantage was that writing 19th-century-style prose actually comes quite easily to me-- after all these years immersed in it, it feels like my native tongue.

The main difference, though, was that I had to feel my way through the writing much more than when writing criticism. Emotional authenticity, rather than argumentative and evidentiary rigor, was the key. At some of the most difficult times for Nelly, especially when she has to leave Hareton, that made the writing quite painful.

But on the whole, once I found my rhythm, I found it much more fun than writing criticism. And it was great to realize that, when I didn't have the precise piece of information I needed, I could just make it up!

A: I'm trying my hand at finishing Sanditon, the novel Austen left unfinished at her death. I really enjoyed writing the more humorous portions of Nelly Dean-- mostly those involving Bodkin-- and I thought it would be fun to try a novel where those elements would loom larger. 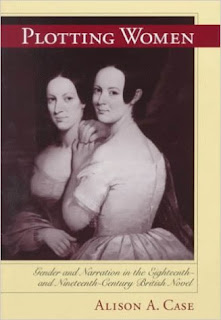 A: I hope that Nelly Dean will get readers to think more about the emotional experience of those people-- overwhelmingly women-- who look after other people's children, often for very little pay.

Their emotional engagement with that work-- their love for their charges, in short-- is crucial to its success, but it often carries a heavy price for them. We should be more aware of that.