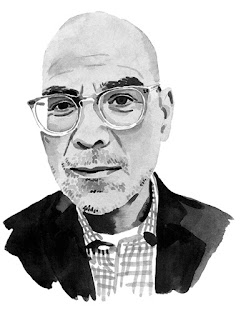 Devin Leonard is the author of the new book Neither Snow Nor Rain: A History of the United States Postal Service. He is a staff writer at Bloomberg Businessweek, and he previously worked for Fortune and The New York Observer. He lives in Maplewood, New Jersey.

Q: You write that the idea for this book originated with a story you wrote in 2011 for Bloomberg Businessweek. How did you research the book, and what surprised you most in the course of your research?

A: I did a lot of interviews with current and former people who worked for the Postal Service, and did some digging through the archives. There is a labor museum in Detroit at Wayne State, and I used material from there to write about the strike in the 1970s. I did research in the library of the Postal Service. I read a ton of books.

What surprised me most is the idea that today people think of the Postal Service as an organization that can’t do anything right, but through most of its history, people thought it was great. People counted on getting the mail. I wanted to answer the question of how we go from an agency people loved to one they looked down on…

Q: Benjamin Franklin plays a large role in USPS history. What were some of his most important contributions, and what is his legacy in terms of the postal service today?

A: I’m from Philadelphia. I grew up seeing people dressed as Benjamin Franklin. He’s a symbol of the city; he’s been sentimentalized and commercialized. The Postal Service is always talking about him—he was the first postmaster general.

I was skeptical going into this—Franklin did so many things, what could he have done for the Postal Service? When I did the research, I saw that he played a really important role. Most important, he shaped the Postal Service, beginning with what he did at the colonial post… 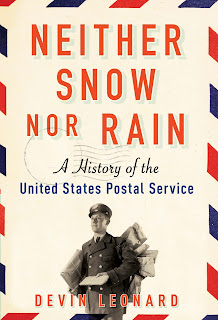 In Europe, the postal service didn’t carry newspapers; it was set up to carry the government’s mail. What Franklin wanted to do was democratize the Postal Service, deliver newspapers, tie the American colonies together, [and this] helped create the United States of America. It had a lot to do with identity and how the U.S. was founded.

Q: What were some of the biggest changes over the course of the postal service’s history?

A: I think the pivotal thing, for most of U.S. history…Andrew Jackson was the first person doing this—he moved the Postal Service, which was in Treasury, into the Cabinet. From then on, the postmaster general was a presidential appointee.

In 1970…there was a breakdown in Chicago and then a strike, and a bill was signed by President Nixon creating the U.S. Postal Service. It was moved out of the president’s Cabinet. It didn’t have the same kind of power. The unions and the big mailers had power…

Q: You write, “Now the USPS is slowly vanishing.” What do you see looking ahead?

A: The issue right now is that the unions are very powerful and very effective in representing their members. They negotiated great retirement and health benefits.

The problem is they did that at a time when the mail volume was rising. For the most part, nobody wanted to deal with [the idea of a future decline]. The problem is, the Postal Service is still on the hook for a lot of this when first class mail is declining, and I don’t think anybody thinks that will change.

They need to reconfigure the Postal Service…they don’t need as many large distribution centers. Shrinking the system is not popular politically. There needs to be a new postal reform bill. It depends on what happens in November when either President Trump or President Clinton is elected.

Trump is very unpredictable. He doesn’t seem like he wants to cut services, unlike the Republican Congress. The Democrats really resisted that. Trump is a wild card.

Clinton is clearly courting the postal worker unions, and in favor of reviving postal banking. There were banks in post offices from the early part of the last century to 1966. In her case, I don’t think we would see a lot of cuts.

But the Postal Service has a huge deficit. Somebody has got to do something about that.

A: The story of the Postal Service is full of smaller stories, anecdotes, and characters. That’s the thing that fuels the book and makes the history so interesting.

The first chapter I wrote was the chapter on air mail. Before they created air mail, nobody had flown planes over long routes regularly. The Postal Service did all that. It started with the Army air service…then the Postal Service took it over. It started in 1918, and within two years they had shown they can fly across the entire U.S.

When you read the stories, the risk the early pilots took was incredible. There was so much bravery, risk-taking, innovation. It says [something] about what the Postal Service is and needs to be today, what people marveled over at another time in history.