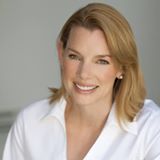 Fiona Davis is the author of the new novel The Dollhouse, which looks at New York City's Barbizon Hotel in the 1950s. She has worked as an actress, editor, and writer, and she lives in New York.

Q: Why did you decide to focus on the Barbizon Hotel in your novel?

A: I was looking for an apartment in New York City, and my broker took me to see a gorgeous condo in the Barbizon building. Although I had a general idea of its history, I returned home and immediately Googled it to find out more.

When I learned that a small number of hotel residents still lived there in rent-controlled apartments on the fourth floor, I realized I had the makings of a novel. The juxtaposition of old and new New York was too juicy to resist.

Q: What kind of research did you need to do to recreate the New York City of the 1950s, and what surprised you most in the course of your research?

A: I tried to immerse myself in that time period, including taking a series of classes in bebop jazz at Jazz at Lincoln Center, reading books about the early ‘50s, and watching old movies.

I studied the fashions and also read newspapers from that era to get a sense of what people were nervous about and what kind of changes were sweeping the city.

I was amazed at the way women were treated back in the ‘50s. Of course, I knew things were different then, and that the ‘60s and ‘70s had brought in sweeping changes, but the articles I read in newspapers and magazines had such a patriarchal tone to them. 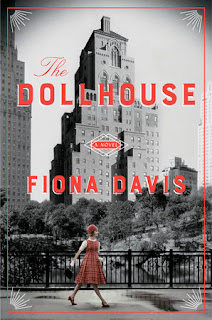 For example, a woman was instructed to never directly address a waiter if she was dining out with a man. Any requests would have to go through her date. Hard to imagine today.

Q: The chapters in the novel move back and forth between your 1950s-era protagonist, Darby, and your modern-day protagonist, Rose. Did you plan out the structure of the book before you started writing, or did you make many changes along the way?

I’m a total planner. I know a lot of writers who just start writing and see where the story takes them, but because of the dual narrative and the mystery element in The Dollhouse, I had to make sure clues were dropped at the right spot in Darby’s timeline before revealing them in Rose’s.

So I plotted it out and wove the chapters together before starting the first draft. There were several changes during revisions, but the general structure stayed the same.

Q: In addition to your writing, you've worked as an actor. How do you see your acting background affecting your writing?

A: That’s a great question. I think being onstage and pretending that I was a Shakespearean heroine in the royal court, or dashing about the forest of Arden, taught me how to stretch my imagination and sense awareness.

So that these days, when I’m sitting in front of my laptop trying to figure out how to convey the idea that a character is cold or hungry, I can pretty quickly tap into that part of myself. Of course, then I have to turn the image or feeling into words, which is a whole other struggle. But a gratifying one.

A: I’m diving into the second draft of my next book, which will also be historical fiction with an element of mystery. But I don’t want to give away too much, so it will be a surprise! I’m having a great time playing around with it on the page.

A: I’ve worked as a journalist the past 15 years, and I think that’s helped me with fiction writing because I love calling up experts on a particular subject and interviewing them at length. They’re usually happy to chat, and provide lots of details that make it seem like I know what I’m talking about.

But the best aspect of fiction is you can then make characters do and say what you want, which offers a vast (and sometimes terrifying) freedom for the author. It’s a lethal combo.