Michael Jones is the author of Bosworth 1485: The Battle that Transformed England. His other books include The King's Grave and The Retreat. He is a fellow of the Royal Historical Society, and he lives in England.

Q: Bosworth 1485 is a new edition of a book that first came out more than a decade ago. What are some of the most intriguing new discoveries about Richard III and the Battle of Bosworth Field?

A: Since Bosworth 1485 first came out, more than a decade ago, our understanding of Richard III and the battle where he fought and died has advanced considerably.

The two most important discoveries – both incredibly exciting – are archaeological finds from the battlefield, including artillery shot and a silver gilt boar badge (the device of King Richard, almost certainly worn - and lost in the heat of the action - by one of his closest supporters) and of course the physical remains of the king himself, found in a car park and now properly reburied in Leicester Cathedral.

They allow us to locate the likely spot where Richard made his valiant attempt to kill his challenger, Henry Tudor, fighting with conspicuous bravery, before being overwhelmed by his foes. The evidence of battle trauma on the skeletal remains shows us the wounds that ended the last Plantagenet king’s life. 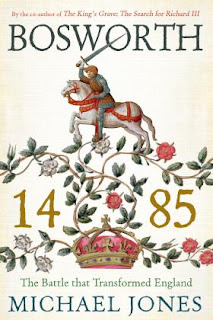 Q: What are some of the most common perceptions and misperceptions about Richard III, and how powerful an impact has Shakespeare's portrayal had on Richard's image?

A: Shakespeare’s portrayal of Richard III still powerfully colours our perception of the man and the monarch. For the playwright, Richard was misshapen in mind and body, a ruthless killer who revelled in a succession of ghastly crimes.

The discovery of the king’s remains reveals that Richard was not a hunchback, but rather suffered from scoliosis of the spine, which – while leaving one shoulder higher than the other – would not have been necessarily visible, with careful tailoring or custom-made armour – and in no sense precluded an active lifestyle.

Shakespeare also turned Richard into an outcast, a sociopath rejected even by his own family. In Bosworth 1485 I tried to put the king back into the family story, that of the House of York, that Shakespeare excluded him from, seeing him, if you like, as a player on a larger dynastic stage. 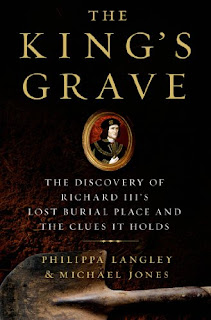 With this different viewpoint, Richard is no longer a villainous caricature and we gain fresh insight into his character and motivation.

Q: You write, "The Battle of Bosworth Field was very different in reality from its subsequent legend." What are some of the most important differences?

A: Evidence for medieval battles is notoriously thin, and Bosworth – fought on 22 August 1485 – is no exception.

My book was inspired by one simple question: how do we reconcile the fact that even Richard’s harshest opponents lavished praise on him for the way he fought and died with the prevailing negative portrayal, where Richard is always reacting to events beyond his control, deserted by most of his army and forced into a charge against Henry Tudor as an act of desperation rather than one of courage and resolve.

By moving around the pieces on this particular chess board, giving the king a pro-active rather than reactive role, and once again seeing Richard III’s conduct as part of a family story, modelled on the courage and chivalric ideals of his father, king’s lieutenant in France, and great-uncle, a war-hero at Agincourt, a different story emerges – the history, and battle history, that might have been told by the losers rather than the winners.

Q: In the book, you note, "The disappearance of the princes in the Tower is one of our most enduring murder mysteries." What is your sense of what exactly happened to the princes, and why? 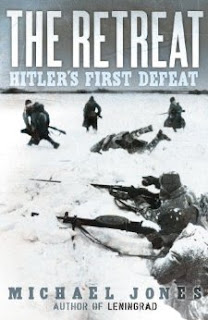 A: The fate of the Princes in the Tower – the two sons of Richard’s brother, King Edward IV – remains one of Britain’s most enduring murder mysteries and generates a controversy so compelling it often overshadows all other aspects of Richard III’s life and kingship.

The issue is complex, and in truth one could write many pages and still be no closer to an answer. Ongoing debate and further research is necessary, because there is no proof that Richard killed the Princes and if the king were put before a modern court of law he would almost certainly be acquitted.

The survival of chronicle and archival evidence from the late Middle Ages is often fragmentary and incomplete, and new finds can emerge that that force us to re-assess our opinions.

But it is also the task of the historian to deal with the evidence as it stands, even if that involves probabilities rather than certainties – and on the balance of the available evidence I believe it likely that Richard III did order the death of the Princes. In my book I argue that he did this after an attempt to rescue them from captivity that imperiled his own kingship.

However, new material may still be discovered that casts fresh light on this enduring mystery.

A: Last year I wrote a book, 24 Hours at Agincourt, for the 600th anniversary of the battle and in it emphasized the heroic role played by Richard’s great-uncle, Edward Duke of York. I have now completed a major biography of Edward III’s oldest son, the Black Prince – a tale of a chivalric hero who fascinated his age – which will come out early in 2017.