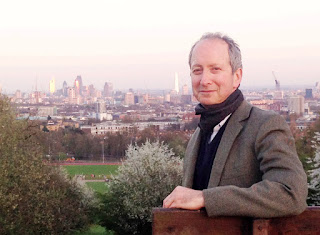 Hugh Sebag-Montefiore is the author of the new book Somme: Into the Breach, which focuses on the World War I battle. His other books include Dunkirk: Fight to the Last Man and Enigma: The Battle for the Code. His work has appeared in a variety of publications, including the Sunday Times and Sunday Telegraph, and he is based in London.

Q: Why did you decide to write about the Somme?

A: The reason I wrote it is a mundane one. I wrote books about two other iconic subjects of the World Wars—Enigma and Dunkirk. In England, they are iconic subjects.

I was looking for something else that would catch the public’s imagination in England. The Somme, given the centenary, was the most catchy subject. That’s the commercial answer! The subject would interest people. These days, one has to be careful about choosing subjects. There are lots of other subjects I would like to write about.

A: People think of it as a terrible failure, and as people existing in muddy trenches. In fact, there were a lot of successful attacks. In the Somme--it lasted four and a half months--it wasn’t that all the attacks were unsuccessful but they didn’t know how to exploit the success they did have.

They were able to break through the German lines but made very basic errors that [one] wouldn’t make today and weren’t able to break through. The most important day was the first day of July 1916. Everyone regards it as a failure…there were 60,000 casualties on the British side.

But actually, they were so near succeeding. They got intelligence that at the southern end of the front there was a gap in the German defenses caused by British shelling. They weren’t used to managing intelligence and attacked the whole line equally. 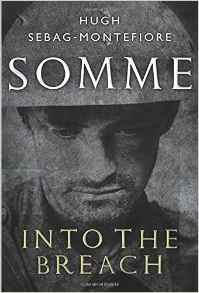 If they had seen what happened in the Israeli wars or in 1940 [during World War II], where Germany and Israel [respectively] concentrated on one area and broke through and exploited the breakthrough, they wouldn’t have made that mistake.

It would have saved thousands of British lives; they might have broken through and won the war. It is one of the revelations in my book. No one seems to have picked up on this intelligence failure.

Q: Why do you think no one picked up on it?

A: A lot is down to money. It’s expensive to spend a lot of time going through records. There’s a lot of boring stuff that I went through before I got to that.

I went to Australia and New Zealand—no British writers about the Somme have ever written about that before; they didn’t have huge advances. I was lucky to approach it—I’d done books that were reasonably successful, so I was able to invest quite heavily in travel. A lot of books are underfinanced. I spent much too much time on this book but it does pay off in some respects!

Q: You’ve described the relationship between two of Britain’s top generals, Rawlinson and Haig, as “unhealthy.” What impact did that have on the outcome?

A: That’s a really interesting aspect of it. Not being purely a military historian, I was fascinated—it wasn’t just about the tactics and hard metal but a psychological problem between two men.

There were two generals—one was famous, Sir Douglas Haig, and the [other was the] guy in charge of the Somme itself, Sir Henry Rawlinson. He made a bad mistake in March 1915 when the British made the first attack on the Western front…

He was about to be sacked by the commander in chief at the time, and Haig saved Rawlinson’s career…Rawlinson felt indebted to Haig, and when they were planning the Somme attack, Rawlinson realized Haig’s plan was crazy, and he said it was unwise. I think he felt constrained by the past debt of honor.

Haig didn’t agree [with Rawlinson]. Haig’s idea was put forward on the first day of the Somme. Rawlinson seems to have felt he couldn’t stand up to Haig; normally a general of that seniority would have stood up.

The stupidity of Haig’s plan—Rawlinson had planned according to scientific evidence how much artillery was needed to subdue the German trenches. Haig said, you’re being too ambitious, you’ve got to aim at the second German line as well.

Rawlinson had to shell twice as much trenches; the front trench only got half as much as it should have. It was crazy to go against your general on the spot.

That was the main thing that led to the disaster on 1st July. It was fascinating that there was such a simple answer. Even if all the other things had gone our way, this still would have been fatal.

Q: You focus not just on the warfare but on the impact at home. Why did you choose to incorporate that material as well? 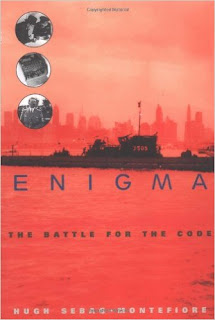 A: That was an accident that happened as the book was going on. I hadn’t realized it would be part of the book. When I was in Australia I found out about Red Cross files—every person in the Australian army who went missing on the Somme, there was a file made by the Red Cross that interviewed the soldiers that had last seen the missing soldiers.

The Red Cross would interview all the soldiers in the same unit to find if they’d seen what happened. One of the most dramatic accounts was Noel Sainsbury, an Australian who went missing. His parents got a letter…that the 20-year-old had been seen dead.

I looked in the Red Cross files, and there was another note from another prisoner that Noel was captured, he was sitting in the trench, and the German officer shot him twice…there were very vivid accounts….I don’t think the parents were ever given that account. The Red Cross was protecting parents from the worst.

It made me realize it was fascinating finding out the personal stories, the parents writing in to the Red Cross, saying they can’t bear it any more.

When you’re writing, you experiment a bit. I realized it was quite a good idea, and it made the chapters not just appealing to war buffs but people like me…

Quite a few of these were quite moving. They don’t exist in England in the same way, but I began looking for it, and found some cases where there were family accounts from the British side. I highly recommend to any writers who write about war to think about doing that. It makes it more multi-dimensional.

Q: One hundred years after the battle, what do you see as its legacy today?

A: When people think about Putin posturing in Russia, it does have an effect. America and England will have the Somme in mind—is war worth it? People went into Iraq easily, and Libya, but when it comes to taking on Russia or China, I hope it will take a lot before they do it.

The lesson I would learn is that maybe there are other ways of doing it, [such as] sanctions. Maybe it isn’t worth going to war with a superpower if they take territory. It sounds craven, but there were terrible losses on the Somme, and that legacy is left in mind.

A: I’m only just finishing publicizing this book—I’ve got to come up with something…I have some ideas!

A: One other thing people might be interested in are stories of atrocities on the Somme. The whole battle was an atrocity. People don’t realize a lot of the killing of prisoners—I didn’t realize how prevalent it was by all nations, not just by the Germans but by Australia, Canada, New Zealand—it shocked me…