Q: How would you define “ghostreading,” and why did the FBI find it necessary to examine the work of African American writers so closely?

As I try to emphasize in the book, the great majority of African-American writers who were spied on by the FBI had a very good idea that this was going on.

Q: Why did J. Edgar Hoover and the FBI focus on these writers?

A: It’s not a question with a simple answer. Early on, Hoover entered the Bureau in 1919, and was the chief of the Radical Division, which was really the anti-radical division. He was an extremely young man, 24 years old. The first thing that happened under his watch is a wave of radical rebellion, and the reaction boils over to race rioting in the summer of 1919.

From the very beginning of his professional life at the Bureau, Hoover had to be attentive to the idea of American radicalism and black expression.

He comes up in D.C. when it was not just segregated, but segregating. There were rumors—I have no idea if they’re true—there were always rumors about his having black ancestry. Whether or not that was the case, it was something he faced…

For a while, the FBI aspired to know everything. Hoover spied on lots of people, including lots of writers, not just black writers. [But there was] always a particular interest in black writers, in part because of the fear of black radicalism. 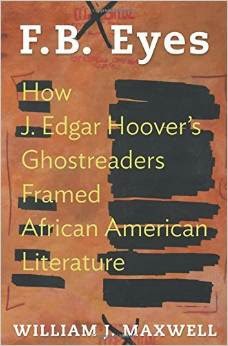 Q: You’ve mentioned that the writers tended to be aware of the FBI’s scrutiny of their work. How did they react?

A: There was a range of reactions. If you’re particularly cynical about the FBI, you would think people would be frightened into cypherlike writing…. By the late 1960s, black intellectuals were convinced they were targets, with some justification.

In the early journalistic Harlem Renaissance writing [people] respond by saying this is full of errors and deep racism, but also is evidence that the government is paying attention to us and taking our writing seriously.

From the beginning, writers responded in print to the FBI surveillance, from the Harlem Renaissance through Invisible Man—it was not in the final version, but in a draft, Ralph Ellison had the character imagining himself as an FBI man.

It was explicit in the 1960s…black nationalist poets wrote poems directly about J. Edgar Hoover…as a symbol of the American state and the American state’s effort to interfere with and surveil black radicals. I try to emphasize that people didn’t go in fear of this. It probably produced as much writing as it silenced. 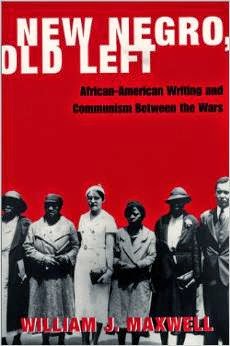 Q: Your research for this book included newly released FBI files. How cooperative was the FBI in dealing with your requests?

A: The FBI was great! The modern FBI is a different organization. John F. Fox Jr., the in-house historian at the FBI, was initially cooperative. They probably hate me there now! He was very accommodating and welcomed me to the reading rooms…

I have a lot of problems with the history of American state spying, but the fact that we can extract these files is pretty extraordinary. I have to tip my hat to the FBI.

Q: Why did you decide on “F.B. Eyes” as your book’s title, and what do you see as the importance of the Richard Wright poem “The FB Eye Blues”?

A: I think that term derives from something FBI agents used to call themselves. I was a teenager in the 1970s [and had a] childhood versed in FBI lore; I watched Efrem Zimbalist Jr. My father was a campus radical, so I had a split [view]. It’s a fascinating organization.

The main reason [for the title] comes from the Richard Wright poem. He was maybe the central African-American author of the mid-20th century, and was very frankly [discussing] the FBI’s ability to hound him…It shows the internal FBI history and the Bureau spying, and the way African-American writers used it. 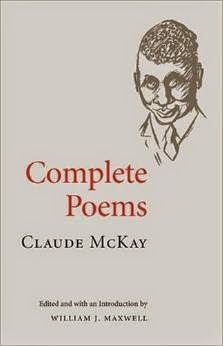 A: Right this second, I’m not—I’m enjoying the academic equivalent of 15 minutes of fame! Lots of people seem interested, particularly in Europe. I’ve written a bunch of things before, but never what actual people are interested in!

They wind up helping to integrate American music. They were St. Louis geniuses all invested in integrating, in a town with a brutal history of segregation. [At first] I thought the people of St. Louis might be interested but who else? Now, we see St. Louis as a test case; St. Louis in some ways is America…

It’s full of history Americans should know, and it shows the heroism of some of these authors. Now that we’ve discovered that so many were shadowed, it increases my respect for them. It’s not the history of the KGB, where people would be carted off and murdered, but we had a minor-league version, and the writers managed to stick it out.