Gary Krist is the author of the new book Empire of Sin: A Story of Sex, Jazz, Murder, and the Battle for Modern New Orleans. His other books include City of Scoundrels and The White Cascade. He lives in Bethesda, Maryland.

A: I’ve made a specialty of the Progressive era in my recent work, and the social issues of that time played out in New Orleans in particularly interesting ways, most notably with the grand reformist experiment of the officially tolerated red-light district known as Storyville.

But the 30-year period from 1890-1920 encompasses a thorough and coherent campaign by local reformers to clean up the city on many different fronts.

The period began with the shocking assassination of police chief David Hennessy in 1890 – an event that galvanized the so-called "better half" to finally take arms against the city’s various underworlds.

And the period ended in 1920, with the ultimate triumph of reformers over vice lord Tom Anderson, corrupt mayor Martin Behrman, and the political machine (known as "the Ring") that had controlled the city for decades.

Q: Your previous book focused on the history of Chicago. Did you find any common ground between New Orleans and Chicago, or were they completely different during the periods you cover? 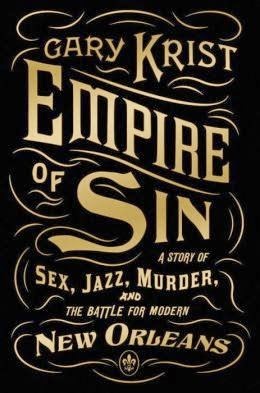 But the two cities were actually going through some very similar conflicts in the Progressive era. In each city there was the same kind of struggle between educated, well-heeled good-government reformers on the one hand and the more working-class, less educated, but more practical machine politicians on the other.

And in both cases, the machine politicians seemed to have the more durable success. Reform candidates in both cities had a tendency to win the occasional election and then be voted out in the next election, when they'd be replaced again by machine politicians, who had a much better grasp of political organization at the grass-roots level.

And one of the recurring themes in my books is how political machines, for all of the corruption they fostered, actually addressed the needs of their constituents better than did the more high-minded reformers.

Q: You write, “In nineteenth-century New Orleans…respectability was arguably more difficult to achieve and maintain than in almost any other place on the continent.” What were some of the main reasons why that was the case?

A: New Orleans had a reputation as a den of iniquity long before the time I write about. As a port city--full of transient males who spend months on end at sea--it was naturally a prime marketplace for prostitution. Also, given the city’s roots as a Franco-Latin city, it had a somewhat more tolerant attitude toward sex and vice.

But things had truly gotten out of hand by the late 1880s; gambling, bawdy entertainment, and brothels had started to spread from traditional vice districts into so-called reputable neighborhoods all over town, so local reformers decided that something had to be done about it. 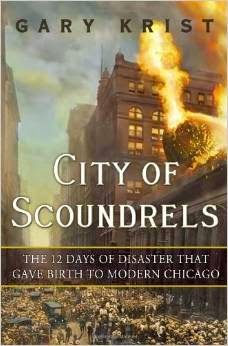 A lot of people don’t realize that it was reformers, not venal machine politicians, who created the Storyville district. Reformers hoped that the district would lower the profile of vice in the city by concentrating and isolating it in one out-of-the-way neighborhood.

Q: Your book is filled with a variety of fascinating characters. How did you decide which people would play especially large roles in your narrative?

Since a lot of the characters I write about were criminals, I often had plenty of court documents to give me the kind of information I need to write detail-rich narrative history.

My main character, for instance—Tom Anderson, the principal vice lord of the city who was so dominant that he was called “the Mayor of Storyville”—went through numerous court cases that generated hundreds of pages of testimony.

A: Some of the beliefs held by the reformers surprised me. One of the leaders of the anti-Storyville campaign, for instance, was a woman named Jean Gordon.


She was firmly convinced that she was on the side of virtue, but as with many self-styled moral champions, her idea of “virtue” was often distorted by class and racial prejudice.

So while she did fight for things like female suffrage and child labor regulation, she also lent her support to the rise of Jim Crow discrimination and the disenfranchisement of African Americans.

Even worse, she held some astounding beliefs about eugenics, advocating for the forced sterilization of children who showed signs of a future in crime, prostitution, or alcoholism. “[I] took Lucille Decoux to the Women’s Dispensary July 17 [for an appendectomy],” Jean once wrote in her diary.  “This was an excellent opportunity to have her sterilized…and thus end any feeble-minded progeny coming from Lucille.” 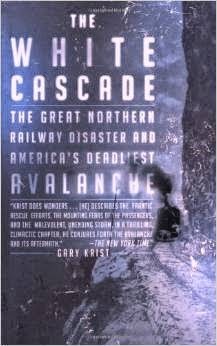 Q: Do you see anything in common between the New Orleans of today and the city of 100 years ago?

A: I do think that New Orleans today has a lot in common with the city of Empire of Sin. I've often thought that Storyville in 1915 was probably a lot like Bourbon Street is in 2015--only now the city realizes that it should promote the sinful aspect of its reputation, rather than try to suppress it.

It's also still a city of ubiquitous music, which is one of its greatest charms. And, of course, some of the old New Orleans problems – municipal corruption, high crime, and tension between residents and police – have not gone away either.

A: I’m working on a book about Los Angeles in roughly this same time period. The book will center on the Hollywood of the silent-film era and weave in a few other elements. But the idea is still taking shape in my mind, so I’m not sure yet how it will all come together.


A: Well, Empire of Sin is a heavily populated, wide-ranging book, covering everything from Storyville to the birth of jazz to the growth of the Mafia. There’s even a serial ax-murderer in the mix, the so-called Axman of New Orleans, who terrorized the city for about 18 months in 1918-19. I really worked hard to make this as rich a chronicle of New Orleans as I could.
--Interview with Deborah Kalb. Gary Krist will be participating in the Bethesda Literary Festival, which runs from April 17-19, 2015. For a previous version of this Q&A, please click here.