Jonathan Allen is the co-author, with Amie Parnes, of HRC: State Secrets and the Rebirth of Hillary Clinton, now available in paperback. He is the Washington bureau chief of Bloomberg News.

Q: When do you think Hillary Clinton will make an announcement about her political plans, and what do you expect it will be?

A: Hillary Clinton's been running ever since the end of the 2008 campaign, so it's more a question of whether she stops running. We don't think she will. The exact date of an announcement is less important than the work that's already gone on behind the scenes to put her in position to run a better campaign this time around.

Q: How has Bill Clinton affected Hillary Clinton’s career, and what will their partnership look like going forward?

A: Bill Clinton is Hillary Clinton's most important political adviser, and he can be her greatest ally in politics -- as he was in punishing her 2008 enemies within the Democratic Party. But he's undisciplined and he has a strategic blind spot when it comes to her. 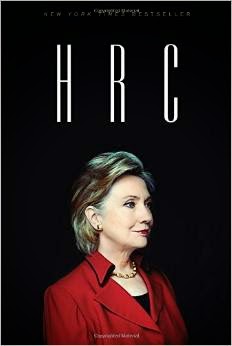 Q: In the book, you describe the gradually warming relationship between President Obama and his onetime rival and former secretary of state. What is the dynamic between them now?

A: President Obama and Secretary Clinton joined together in a shotgun wedding when she went to work for him. And while they aren't best friends, they recognize mutual interest in supporting each other. It's a cleanly political relationship with a dash of warmth. But they can still get under each other's skin.

Q: Your book’s introduction makes reference to the attack on the U.S. compound in Benghazi, Libya. How much of an issue would Benghazi be if Clinton runs?

A: Benghazi's a city that will be discussed a lot by Clinton's Republican opponents. It will rally their base without hurting Clinton among Democrats. The danger for her, though, is that Republicans who argue she was mistaken to press for American engagement in Libya in the first place may be able to appeal to Democrats who are opposed to war or were opposed to that war.

A: We've begun work on our second book, which will track the 2016 campaign with an emphasis on Clinton's rise or fall.

A: The paperback of HRC is out this month with a new afterword that has details of the Clinton approach to 2016.

--Interview with Deborah Kalb. Jonathan Allen will be appearing at the Bethesda Literary Festival, which runs from April 17-19, 2015.
Posted by Deborah Kalb at 5:38 AM