Jan Morrill is the author of the novel The Red Kimono. Her other work includes the essay collection Doll in the Red Kimono and the haiku collection Life: Haiku by Haiku. She is based in Dallas.

Q: How did your family’s history inspire the writing of The Red Kimono?

A: Neither my mother nor her family spoke much about their internment, so for most of my childhood, I didn't think about it.

But when my parents took us to visit Tule Lake, one of the camps where, as an eight-year old, my mother had been interned, I watched her stare at the desolate site with tears in her eyes. It was then that I began to wonder about the story of the internment of Japanese Americans.

However, as I wrote the book, and fell deeper into the story of my characters, I found I was as much interested in the Japanese culture, particularly the dichotomy of honor. 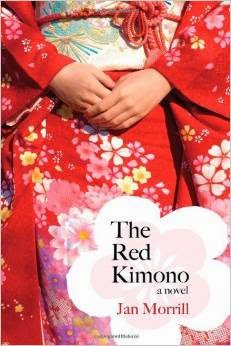 Q: Why did you decide to write a novel focusing on these issues instead of a work of nonfiction?

A: When I first began writing the book, it was intended to be a biography of my mother's life. However, I found this very difficult, considering my mother and several of her siblings are still living. I worried about how they'd feel about having their lives made public and it blocked my writing.

Also, many times, when I'd ask my mother about her personal internment stories, it would again bring tears to her eyes, and that made me hesitate to draw her into the process too deeply. So, I took the "seeds" of her story and created a historical fiction instead.

The "seeds" I took from my mother's life are that she spent three years of her childhood in an internment camp; that her mother fought for my mother to retain her Japanese culture; and that my mother's father was killed by an African-American teenager.

Everything else--the camps, the people in her family, the timing and cause of her father's death--all were fictionalized. 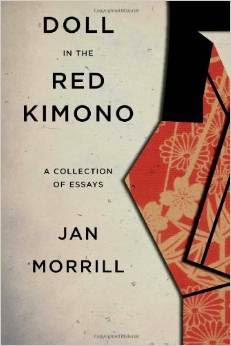 A: Every person has a different story to tell. One of the things that appeals to me most about multiple point of view stories is discovering how someone else sees an event.

Many of the problems in society today stem from our unwillingness to empathize. We don't think about what another person's story might be before we make a judgment.

It was important for me to not only show that every person has a story, but that we are all guilty of judgment, prejudice and sometimes even racism, and that's often because we don't take the time to understand. 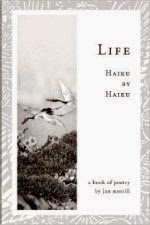 A: I read several books on the internment, both fiction and non-fiction. One of the non-fiction books I found most useful was Only What We Could Carry: The Japanese American Internment Experience.

I also did extensive research at libraries and online. The most useful resource to me overall was a website called densho.org, which is full of photographs, journals, newspapers and best of all, interviews with former internees.

Of course, I also spoke with several family members. I was amazed at the detailed memory of one of my uncles, and it was easier to talk to him because he was not as emotional in recollecting as my mother.

My mother did read my manuscript, however, which was a thrill for me, considering she isn't much of a reader. Her insights were invaluable.

One of my favorite memories in the process of writing The Red Kimono came after she'd read a scene with Sachi and Jubie. In the original scene, Sachi was stacking rocks on top of one of the camp's fence posts. Sachi is the same age my mother was in camp, so my mother read something that I didn't catch while writing.

"Jan," she said, "there's no way Sachi could have reached the top of that fence post."

I can't tell you how much it meant to me that she'd placed herself so in my story that she caught a detail like that. And so, of course, I changed the story.

A: I have a couple of children's books coming out in June and October of this year by Lee Press. These books (The Magical Red Kimono and Xs and Os) are based on the friendship of Sachi and Jubie--something very dear to my heart.

And, of course, I'm working on the sequel to The Red Kimono. The story of Sachi, Nobu and Terrence was originally intended for one book, however, it would have been too long. The sequel follows the same three lives from 1957-1963, though the point of view characters will be Sachi, Nobu, Jubie and Terrence.