Marie Mutsuki Mockett is the author of the new book Where the Dead Pause and the Japanese Say Goodbye: A Journey. She also has written the novel Picking Bones from Ash. She lives in San Francisco.

Q: Why did you decide to write a book about your experiences in Japan, and, given that your first book was fiction, why did you opt to turn to nonfiction this time?

A: What happened was the tsunami struck, and I had a couple of good friends who kept calling. I would tell them how I was so concerned about my family [in Japan].

Two of the friends would say, You should write an op-ed about this. They both had been trying to get me to write nonfiction. I didn’t want to write anything at all; [I felt the] person who should write should be someone who was there. They said, But you have a personal connection.

Q: What was the focus of that initial piece?

A: It was an op-ed about how I missed Japan and my concern about my family. 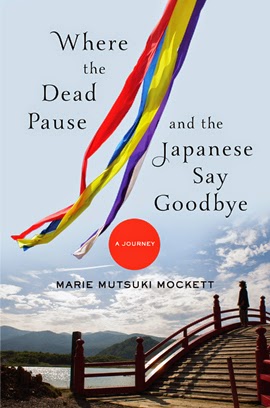 Q: You write, “I had always been the bridge between the two worlds my mother occupied.” How did your ability to understand both worlds—Japan and the United States--make it easier, or maybe more difficult, to write this book?

A: I just had to access it at a deeper level, and ask myself what was really going on. I had to challenge myself to make sure I had all the vocabulary words I needed to communicate with Buddhist priests. I had to raise the level of challenge I engaged in.

Any time there was something I didn’t understand, words, I had to look it up. I’m not a native speaker.

I would have to put on my Western-self hat, and ask what is it that I’m seeing? I had to challenge all parts of myself to reflect something authentic about Japan and make it intelligible for a Western audience.

Q: You write of the tsunami that perhaps “within this terrible disaster is a chance for the Japanese to rediscover what makes their culture unique.” How has this manifested itself?

A: It’s hard to say. I did a reading last night in New York, and a Japanese friend came….She said that [in Japan] there are so many worries, about radiation, about the food supply.

There’s a great feeling of needing to reject the way Japan has been in the past, and be more like the West, but that doesn’t fit everyone either. [There’s a conflict over being] a fully modern country that knows it isn’t Western, and doesn’t want to just mimic the West either.

There are a lot of books on how Japan…is trying to work through this particular question. I don’t know that there’s really one answer to how people are coming to terms with the question, but I hear this conversation all the time.

I went to an aromatherapy class in Tokyo…[people were remarking on the scents and saying,] “This reminds me I’m Japanese. This reminds me of my childhood.” Even in that setting, there was a search for identity in one’s culture. I don’t think Americans do that to that extent…. 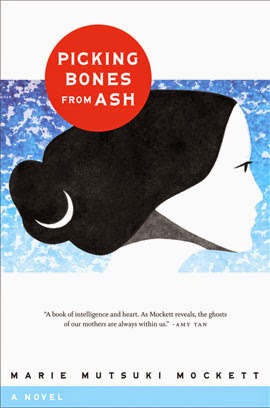 Q: In the book, you write, “It was clear to me from childhood that Buddhism was wrapped up in the grim business of death.” Why is that, and how did the experience of writing the book affect your own grief over the loss of your father?

Every time I went to somebody’s house in Japan, there was an ancestor shrine. There’s a constant recognition of the past. It’s a part of normal manners. We don’t do it at all in the West…There isn’t a designated shrine [in the house].

It gave me as a child this feeling that everyone was constantly aware of death, when really what they were aware of was connections. And as a kid it felt grim.

It is incredibly painful to lose somebody…Particularly in a place like California [given the mobility], there’s a possibility to grow up thinking that life is an adventure. That can be the overarching culture you grow up in, not constantly thinking about ancestors.

So I was just another person who grew up in the crosshairs of that. When my father died, I was shocked.

The process of writing the book taught me the importance of trying to feel a deep connection to as many people as possible. That can offset your own grief. But it’s hard.

A: Where the Dead Pause and the Japanese Say Goodbye is supposed to refer to Mount Doom, one of the sacred places in Japan where the spirits of the dead linger before they leave us. The book culminates in a journey to Mount Doom.

[A possible title was] Journey to Mount Doom, but that sounds like a Tolkien book. Somebody said, Why not take the subtitle [and make it the title]?...

In the Buddhist tradition in Japanese culture, there are so many traditions that people have thought about for so many years—what can I do to make suffering better?

Lantern-floating is collective and bell-ringing is also collective. The culture addresses this from so many directions. There are beautiful things you can do. There are grimmer things that don’t lie to you.

Somewhere within there, someone else who is grieving might find something that resonates with them. When you’re really grieving, platitudes don’t necessarily make you feel better.

Q: As you wrote this book, was your experience very different from writing your novel?

To me, they’re similar because both have to feel authentic. I feel like readers know if you’re lying to them.

A: It’s my hope to write a novel next.

A: It can be helpful to examine grief and loss through the lens of another culture.