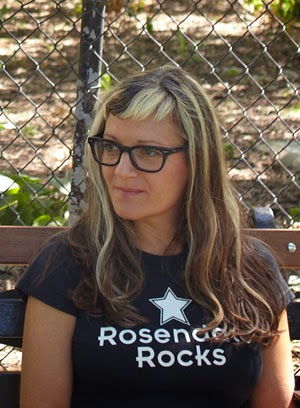 Sari Botton is the editor of the new book Never Can Say Goodbye: Writers on Their Unshakable Love for New York. She also edited a previous anthology, Goodbye to All That. Her writing has appeared in a variety of publications, including The New York Times and New York magazine. She lives in upstate New York.

Q: Why did you decide to edit this new collection of essays about New York?

A: I had enjoyed working on the first collection, Goodbye to All That, so much. I didn't feel like I was done. I also had all these men who'd been willing to contribute from the beginning, before I got a book contract for the first book that limited it to women.

What's more, I realized that nine years after having said my proverbial goodbye to all that, I still feel like a New Yorker. I still identify as a New Yorker. 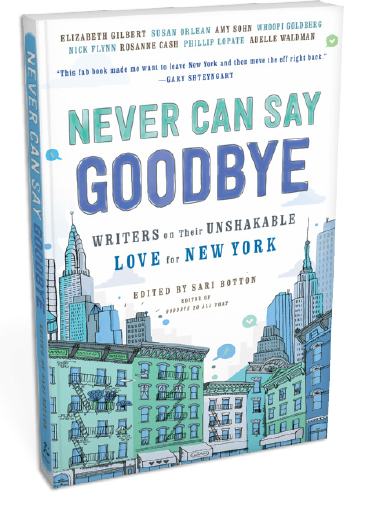 Q: How did you select the authors to feature in the collection?

A: I wanted a diverse group of writers of different backgrounds, with a variety of experiences. My editor and I both had wish lists, and there was a great deal of overlap in them.

From there I chose a mix of writers whose work I love, who had interesting stories about the things that cemented them, even if only in mind, to the city.

Q: Do you see particular themes that run through the various essays?

A: Impermanence in a city that is forever changing is a big theme. Writers come at it from different angles. Many write about the shuttering of favorite establishments, due to the recent sharp rise in rents and in the cost of living in the city.

But Rosanne Cash and Jason Diamond add that while they lament the passing of certain restaurants and shops, they are also excited to discover the new ones that replace old favorites.

Nick Flynn writes about how easily one is replaced in New York. I think about that a lot - about how you can so quickly lose your place. I am forever trying to assure myself that even though I live in Kingston now, there is still a place in the city being held for me. 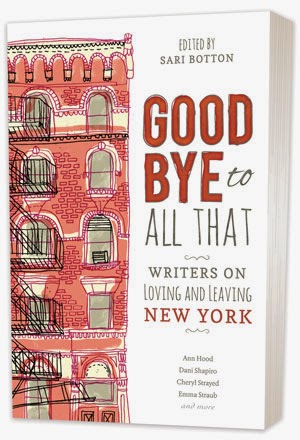 Q: In your own essay, you write, “I like to believe that once a New Yorker, always a New Yorker. That the city changes you irreversibly.” How did it change you?

The city changed me in countless ways. I went there hoping it would render me cool, something I'd never felt. In the pursuit of that, there were some really unflattering, clumsy attempts to re-invent myself.

In the meantime, the city was opening my mind by exposing me to so much, culturally and socially. It taught me to fend for myself - to speak up and have my voice heard above so many others.

It toughened me up in some ways, while also softening me up in others. You're almost forced to develop your heart muscle when you live so closely among people and see them through their best and worst moments, day after day.

A: I have a few things in the works. One is a memoir, another is fiction, and I am weighing whether or not to pitch another anthology idea that I have.

A: Even though I wax nostalgic for New York City, I really do love living upstate. I like being part of a smaller, more tight-knit community. I'm taken with the natural beauty surrounding me in the mid-Hudson Valley. It's actually hard to imagine living in the city full-time again, even if I could afford it.