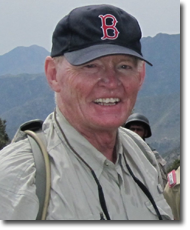 Bing West is the author of the new book One Million Steps: A Marine Platoon At War. A Vietnam veteran, he served as assistant secretary of defense for international security affairs in the Reagan administration. His other books include The Village, The Strongest Tribe, and The Wrong War. He lives in Newport, Rhode Island.


Q: Why did you decide to focus on the Marines of Battalion 3/5 in your latest book?

A: In my embeds over the years in Afghanistan, it became clear to me that the top command had a theoretical strategy of winning hearts and minds of 9th century tribes, while our troops were fighting for their lives. I wanted to show how our platoons were actually fighting, as contrasted with the foolish theories at the top. 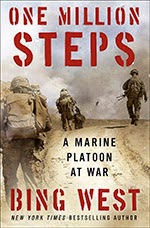 Q: You write, “The counterinsurgency doctrines in Afghanistan and Vietnam were polar opposites in emphasis.” What were some of the key differences, and what impact did the two strategies have on the respective conflicts?

A: In Vietnam (where I served in the grunts), we fought to drive the Viet Cong guerrillas out of the villages. In Afghanistan, our grunts were told to drink tea with the elders, rather than to fight. That order made no sense. South Vietnam fell to the North Vietnamese army with Russian and Chinese tanks and artillery, not to guerrillas. 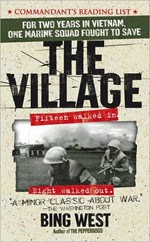 Q: Looking ahead, what do you see happening in Afghanistan?

A: President Obama will be forced to keep U.S. troops there in combat. Were Mr. Obama to keep his foolish pledge to pull out all U.S. troops before he leaves office, Ms. Clinton would have to run for the presidency while disowning the Obama decision. That will insure the Taliban do not take over the cities, although they will control much of the countryside. 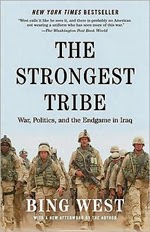 Q: Have you stayed in touch with the Marines you wrote about, and what is your overall sense of how their experiences affected them?

A: Yikes! I have friends in three generations of Marines! My son is a Marine. The generations show marked changes. During Vietnam, coming so soon after WWII battles like Iwo Jima, we accepted heavy casualties and death as normal. Today, fortunately, casualties are fewer and each loss is more publicly grieved.

Separately, the newest generation rely upon IT gadgets for their social interaction. This characteristic is brand new and has consequences for training and for performance in units that we do not yet know how to measure or direct. 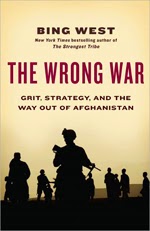 A: I am writing a book with General Jim Mattis, a renowned warfighter, about his leadership style and how it changed as he commanded at higher and higher levels.

A: We are at war. The Islamist revolution sweeping the Middle East has not been tamed. Mr. Obama, as our commander-in-chief, has the obligation to explain why this is a war, why we will continue to take casualties and the means by which we must win. He has not done this. So within the American public there remains an unease about our commitment and about the stakes.

--Interview with Deborah Kalb. This interview also appears on www.hauntinglegacy.com.
Posted by Deborah Kalb at 5:37 AM