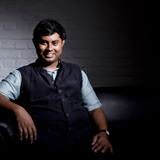 Hindol Sengupta is the author of the new book Recasting India: How Entrepreneurship Is Revolutionizing the World's Largest Democracy. He is editor-at-large at Fortune India and the founder of the nonprofit Whypoll Trust, and his other books include The Liberals and 100 Things to Know and Debate Before You Vote. He is based in Delhi and Mumbai.

Q: You write that you chose your title because “India is being recast, remolded, and redefined.” What do you see as the major ways in which this is happening, and what do you predict looking ahead?


A: The one major thing that is happening in India at the moment - and which is almost always missed out in Western commentary about India - is a massive social churning that involves the fall of a corrupt, often dynastic, elite that has ruled India for most of its 67 years of independent existence after British colonial rule.


This elite ruled not just government but also industry and business, and academia and intelligentsia at every level. The levers of political, economic and narrative power were defined by a handful of people for all these years.


These were often people from the same class - people who went to the same schools, colleges, clubs, married one another, a complete self-sustaining, incestuous coterie. As we say in India, a durbar, a royal court.


What is happening in India is essentially class war. Subaltern voices suppressed for a long, long time are finally speaking up. Here's the interesting thing - in many cases economic liberalisation, capitalism if you will, is helping this war against the elite on the side of the subalterns.


Let me give you an example - till 2006, membership to the Bombay Stock Exchange was almost hereditary, passed on almost always from father to son. The license to trade was an elite tool until the markets opened up and that coterie got destroyed.


I give many examples of this in my book but the most potent perhaps is the example of Dalit entrepreneurs from the so-called lower castes in India who have used economics and enterprise to fight the caste system that discriminates on birth. 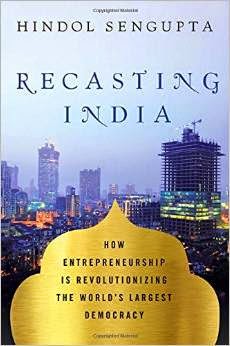 More often than not, it is the elite in India who want to keep laws weak and implementation abysmal, so that in the name of helping the poor, all sorts of backdated restrictions are kept alive so that competition is never really introduced in the market.


So the rich businessmen along with corrupt politicians keep all the wealth for themselves while mouthing platitudes about helping the poor.


There was a famous slogan once given by a famous Indian prime minister, Indira Gandhi, which said “Garibi hatao.” The joke today in India is that she said garibi hatao (in the Hindi language that means “shift poverty”) and not garibi mitao, which would mean eradicate poverty.


But strategically shifting and yet keeping alive poverty, by romanticizing it, the Indian elite have kept people poor and deprived while exponentially increasing its prosperity. Wherever the markets have been applied freely, the biggest beneficiaries have been the poor - from telecom to automobiles.


My argument is not for unabashed capitalism - that is impossible to argue in a country like India with its poverty. The state has a vital role to play in ensuring justice, in providing essential services like health and education and big-ticket infrastructure.

But instead, the state has often stifled competition, prevented entrepreneurs from flourishing, and colluded to crooked big business people to keep the poor in despair while looting the wealth of the country.


Q: In the book, you state that “India is unlikely to have a cohesive spring of revolt.” What are the factors that make that unlikely? 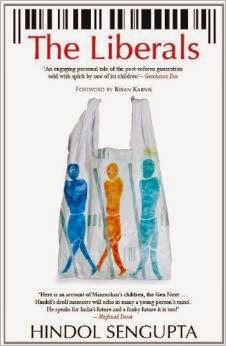 A: Let me answer this first by telling you a joke that my friends in Pakistan are fond of telling. As you know, there have been many military coups in Pakistan, but none, at least till now, in India.


Moral of the story is - India is so diverse that for everyone to agree on one thing and have a revolt on the basis of that is tough. It was last successfully done, to an extent at least, during the independence movement, but at that time the oppressor was an outsider, the British colonial rulers.


Even the anti-corruption movement that started and brought thousands to the streets finally fizzled out and what happened in its place is a massive election with record voter turnouts in many places.


This is India's way - democracy. When we get tired of our government, we vote them out ruthlessly and increasingly voters are coming up with more and more clear and unambiguous verdicts in the country.


I am not suggesting a mass revolt cannot happen - it could if the oppression and corruption keeps growing. After all, for years now there has been an armed revolt of sorts in the tribal heartlands of Central India by Maoist guerrillas who aim to overthrow the state, but even that has been calming down in the last one year or so.


While the state cannot take the patience of the people for granted, till now there is every evidence to suggest that Indians prefer a democratic path.


Q: One of the companies you examine in the book is The Maids’ Company. What does its existence say about the role of poor women in India, and about present-day class divisions? 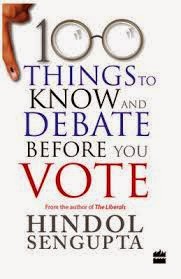 A: There are two lessons in the existence and success of The Maids' Company. First, more than ever before, rights and freedoms are important to India and its young population. There is a massive pressure from the young on traditional injustices in the country - from gender discrimination to caste battles and religious obscurantism.


In the course of the last one year, two influential Hindu “godmen” have been put behind bars for crimes ranging from rape to murder, a host of Muslim clerics arrested after evidence surfaced that they were fueling terror plots, and at least one Christian preacher severely reprimanded for pushing discrimination between faiths.


There is more talk and protest against gender discrimination in India than ever before. And in this, The Maids' Company is a vital organisation that shows a solution - not mere protest.


It shows how the problem can be addressed through empowerment and economics. It is clear, not just in India but around the world, that one of the best tools of empowerment for men and women, but especially for women in societies traditionally patriarchal, is financial freedom, economic empowerment.


The Maids' Company shows one of the best ways to achieve this among some of the poorest women in India. So the big lesson from the work of The Maids' Company is - India still has a huge gender problem but it is being fought in myriad ways and in ever so new and innovative ways.


Q: Can you say more about how entrepreneurship among the Dalits in India has helped them fight the caste system?


A: There are parallels here between the feminist movement and the caste movement. For the longest time, the political assumption in India was that such evils in our society could only be fought with political action - like job reservation, etc.


While these tools remain powerful, they are also often mired in corruption, and therefore the additional tool of economics has become very relevant and very useful.


As the famous Dalit scholar Chandra Bhan Prasad explains to me - nothing defeats caste bias, which is a form of racism in India, more effectively than jobs, wealth creation, economic prosperity.


Caste has always been a barrier that reduces to people just to their birth grouping. But India has changed rapidly in the last two decades, and with economic growth and rapid urbanisation, a lot of the old markers of identity have fallen by the wayside.


As Prasad's famous line goes - pizza delivery has no caste. This is an incredibly powerful line. It captures centuries of oppression and then liberation from that oppression in one small sentence.


One of the biggest and most evil ideas of caste was that the upper caste would not accept food from the hands of the lower caste - a distinction purely made by the accident of birth. You are born into your caste.


But when the young ambitious lower caste person moves from the trap of the village where it is impossible to escape the identity of birth to the liberty of anonymity of the city and gets his or her first job, perhaps as a pizza delivery person, and when they deliver their first pizza, and a customer unthinkingly accepts the food from their hand, without thinking even for a split second about their caste, that moment is magic.


A: I am now working on a book that looks at the entrepreneurs of classical and medieval India and their lives and achievements. There are some startlingly powerful and barely told stories there.


A: That I am not, by any stretch of the imagination, a blind capitalist. In fact, I come from a home which can be described, in the Indian context, as lower middle class.


My father is an honest government engineer who made very little money in his life. Neither of my parents received their education in the English language, and at one point, my father was so impoverished by the deaths of both his parents from cancer, he didn't even have money for bus tickets.


So today that I am able to write these answers to you in the English language is a matter of great pride for me.


Every job I have ever had in my life came to me because India opened its economy. In the old so-called socialist system every door was closed to those who did not have pedigree.


In fact, my parents are particularly proud that I am today able to publish a book in the English language in America and elsewhere in the world when even 15 or 20 years ago people from my kind of impoverished background would never get a chance to publish books.


I got this chance because I had published several books in India but that happened because the economy opened up. In the old system, which had only one or two good publishers in the English language in India, these opportunities were only for people who were well-connected, who went to the elite schools and colleges and came from pedigreed, networked family backgrounds.


I am an example of how India has changed and is still furiously changing - for the better. My argument, therefore, is not that capitalism is the answer. My argument is merely that enterprise and freedom of enterprise solves many problems - though the state still has a vital, vital role to play in delivering justice and enforcing the rule of law so that market greed does not destroy us.