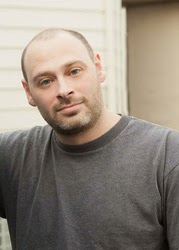 Lev Golinkin is the author of the new memoir A Backpack, a Bear, and Eight Crates of Vodka, which focuses on his childhood as a refugee from the Soviet Union who eventually arrives in the United States. He lives in New Jersey.
Q: You write about how your professor encouraged you to “go back” and examine your past. How did that eventual exploration of your background change your feelings about yourself?
A: Learning about the struggle for the freedom of Soviet Jews was incredible.  I discovered this immense network of individuals stretched across continents, all of whom had dedicated so much to the struggle against the Soviet Union in the name of complete strangers. It helped me feel worthy. I was also able to read about the rich history of the Jewish people, which made me proud to be a Jew.
More than anything, going back and understanding my past was key. The more I allowed my past to be suppressed and unknown, the more control it had over me. By engaging my past I was able to regain that control.
Q: As you recreated your family’s experiences in and departure from the Soviet Union, was more of your description based on your actual memories, or on research and interviews? 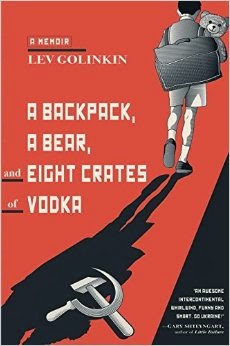 A: That’s a great question. Most of the emotional scenes, both good (walking in the park with my father, playing with my friend Oleg, receiving a jacket in Vienna) and bad (crossing the Soviet border, being frozen with terror when the druzhinniki swept through the yard) I remember very well.
They were moments that impact you and stay in your mind, for better or worse, and were easy to recall because I’ve been carrying them in my head most of my life.
Where the research came in is in placing the story within the wider historical and social context. There are many things I remembered but didn’t understand.
I vividly recall my father illegally purchasing matzah but didn’t know why it was illegal, or how the Soviets had eradicated Jewish culture. I remembered my family being terrified of pogrom rumors, but didn’t know why Gorbachev’s reforms had led to an increase in anti-Semitism.
And, of course, there were factors my family didn’t know, such as what the human rights workers who helped us were facing.  That required research as well.
Q: How much of your family’s immigrant experience was specific to the fact that you were from Kharkov, Ukraine, and how much could be seen as universal?
A: I strove to describe the particulars, but believe it’s applicable to many people and scenarios. The exotic elements – life in Soviet Ukraine, escape as refugees, meeting a baron, living in the Alps – give flavor to the narrative, but on the basic level it’s a story of family, being trapped, trying to escape, and searching for self-understanding. These are things you don’t have to be an immigrant or ex-refugee to relate to.
At the same time, I do hope that it helps American readers understand some of the more foreign things, like the Eastern European Cold War mindset and history (which is certainly relevant given today’s crisis in Ukraine) as well as what it’s like to be an immigrant in America.
Q: How have your family members reacted to the memoir?
A: My sister asked me to change her name – she’s a private person and I can certainly respect that. My parents were instrumental in fleshing out details and helping me place life in Soviet Ukraine in context (see my answer to question 2).
In the process, I not only received invaluable info for the book but also got a glimpse of what they were going through when I was a child. And, since I kept many of my own emotions hidden from my parents, reading this book helped them learn more about me in return.
Q: What are you working on now?
A: Right now I’m focused on this book’s promotion and publicity.  The whole experience has been one hell of a learning curve – from figuring out how to interview people, to getting an agent, to working with an editor – and there is still lots to learn.
Afterward, I have a couple ideas for the next book as well as some magazine articles. Tracking down and interviewing people who had helped my family (and hundreds of thousands of other Soviet Jews) was one of my favorite parts of the process and I’d love to do more traveling and interviewing.
Q: Anything else we should know?
A: I feel that what makes this story unique is that it’s written by someone who’s been on both ends of the soup kitchen. This is a book for anyone who’s dropped off a coat or a can of food at a charity drive and wondered, “Did I make a difference?”
Also, my last name can be anagrammed as “Lion King” or, if you prefer, “Loin King.”
--Interview with Deborah Kalb. Lev Golinkin will be participating in the Lessans Family Annual Book Festival at the JCC of Greater Washington, which runs from Nov. 6-16, 2014.