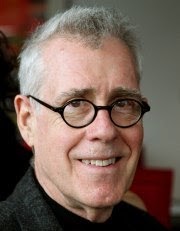 Paul Strohm is the author of the new book Chaucer's Tale: 1386 and the Road to Canterbury. His other books include Social Chaucer, England's Empty Throne, and Conscience. He has been the J.R.R. Tolkien Professor of English at Oxford University and Garbedian Professor of the Humanities at Columbia University. He lives in New York and in Oxford, England.

Q: You’ve written about Chaucer before. Why did you decide to return to him in this book?

A: It's a matter of audience. I'm proud of my academic books, but they were written for a rather specialized clientele of Chaucer scholars and their graduate students.

I wanted to share my enthusiasm for Chaucer with a more inclusive group of readers: people who might have encountered a bit of his poetry in a college survey course or in high school, or even not at all, and would like to learn more.

This book has some things in it that academic specialists might like to know and I'll welcome them as readers, but it's the intelligent non-specialist that I'm after. 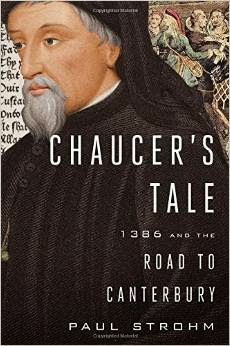 Q: You write, “In the closing months of 1386 Chaucer experienced a devastating cluster of reversals that has every appearance of defeat. But sometimes the grim particulars of a defeat can create a new opening, a fresh alternative.” What happened to Chaucer during that time, and how did it affect his plans?

A: Almost every bad thing you can think of happened to Chaucer within a period of several months at the end of 1386. He was a member of an increasingly unpopular political faction (supporting king Richard II) and he had a rather tainted job (as a customs inspector in the famously corrupt wool trade).

In these dark days of 1386 he lost his job, he was ousted from his rent-free London dwelling, he was insulted in Parliament, his wife was dying, and he went into self-imposed exile in sparsely-settled and culturally uncultivated Kent.

Perhaps most seriously of all, with the move to Kent he lost his London base and, with it, the supportive audience of his earlier poems. Chaucer's entire understanding of poetry was that you wrote it privately, but then you read it aloud to an intensely interactive and--for the most part--appreciative circle.

The word "audience," in Chaucer's English, meant "those within hearing." With the move to Kent, he lost contact with his primary audience. He found the idea of circulating his poetry, in manuscript form to people he didn't even know, very unnerving.

In difficult circumstances there in Kent, he hit on a brilliant idea: he conceived a poem that would contain its own audience. This would be a portable audience, immune to uprootings and life-changes. Its members were his galaxy of invented Pilgrims. They constantly quarrel about tales because tales are important to them.  Their delightful tales, and their vivid quarrels, live to this day. 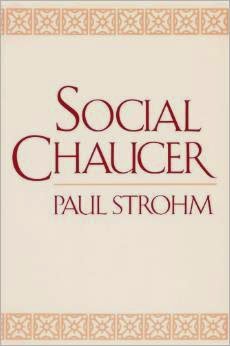 Q: You note that there’s a lot more documentation of Chaucer’s life as a civil servant than of his life as a poet. Why was that?

A: Chaucer's official and bureaucratic life is documented in 494 surviving records: official posts he held, gifts and annuities he received, records of Exchequer, and the like. Some of them are quite engaging and revealing, such as the royal mandate of a pitcher of wine a day, to be delivered to him at his place of work on the waterfront.

But not one single attested life-record refers to him as a poet or concerns his poetry. This is partly because the kinds of records written down and preserved deal mainly with official business; nobody was keeping track of poetry readings, purchases of pens and ink and parchment, and the like.

But there's another reason too. Throughout most of his career, and certainly well into his middle age, Chaucer's literary activities were occurring under the radar, on his own time and on occasions when he read his verse aloud to small groups of personal friends.

I'd go so far as to say that, even at the end of his life in 1400, only a few hundred people knew him as a poet, and only a handful knew his poetry well. But, in and around the crucial events of 1386, his attitude toward fame--and especially eventual fame--was beginning to change. 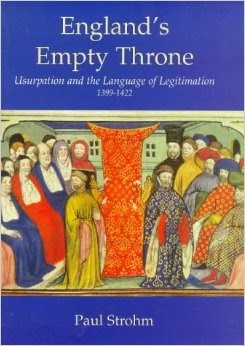 Q: How did his approach to literary fame change after 1386?

A: You can see the first signs of change in 1385-86, when he has just finished his first undeniable masterpiece, his Troilus and Criseide. After a [couple] of decades as a highly skilled amateur, he's beginning to realize that he has something that looks like a literary career on his hands.

At the end of Troilus he reflects, with considerable agitation, on the idea that it might be copied and circulate in manuscript to people who would read it privately, when he wasn't even around.

Then comes the cataclysm of 1386 and his withdrawal to Kent. The bright underside of this dark period is that he suddenly has plenty of time to write. All the time in the world, but no audience!   He brilliantly addresses this problem by creating his imaginary audience of Canterbury Pilgrims. And he's off and running.

A number of small signs suggest that he expected his Canterbury Tales to circulate in manuscript, if not during his lifetime then after. Although the tales are not quite complete upon his death in 1400, he takes care that they have a clear beginning and ending, and he includes clear indications of his overall design.

The final work of assembly rested with others--his favorite scribe and, most likely, his son Thomas as literary executor--and modern scholars still argue about the exact order of the surviving tales. But the design is there.

Additionally, the tales seem sometimes to suppose an absent reading public. Chaucer says to his readers at one point in his prologue to the "Miller's Tale" that "If you don't like what you're hearing, then turn the page and read another tale."

Here he reveals the shift of his own expectation from a circle of present hearers to a less defined group of absent readers. Absent readers turning the pages of a manuscript or book, with no Chaucer there to guide their response. Readers like us. 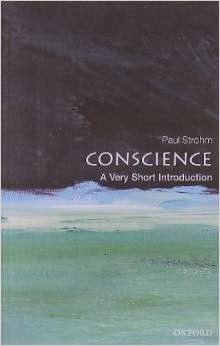 Q: You write that “no audience as varied as Chaucer’s Pilgrims had ever been implied or imagined within a literary work.” How do you think Chaucer was able to create this work?

A: I think this might be a case where he came, through literature, to a fuller view of life.

This is a guess, but he appears to have started with a wish to assemble a varied collection of tales: varied in genre (romances, fables, tales of moral instruction), and in style (from some very formal writing to some notoriously bawdy stuff), a mashup of everything that might be considered "high" and "low." This was itself new, in some respects unprecedented, in world literature.

And then he imagined and assembled a Pilgrim band just as various (a knight, a plowman, and everything in between: sincere and less sincere religious figures, people of commerce, lowlifes, even a criminal on the run). Dryden said, "Here is God's plenty"--and he was right.

A: My greatest wish is that those who read my book will then treat themselves to some own Chaucer's own poetry. In fact, they're welcome to put my book down in the middle and go looking.

For new readers, I recommend "interlinear" translations, which let the reader see Chaucer's own "Middle English" (which isn't nearly as difficult as some fear) in close association with an accompanying Modern English translation, enabling them to go back and forth.

One good one is available free of charge on a Harvard University-sponsored website.  Just typing "Harvard" and "Chaucer" into a search engine gives a usable prompt.