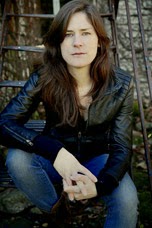 Hannah Pittard is the author of the new novel Reunion. She also has written the novel The Fates Will Find Their Way, and her stories have appeared in various publications including The American Scholar and McSweeney's. She teaches at the University of Kentucky's MFA program in creative writing.

Q: How did you come up with your main character, Kate?

A: Kate is a combination of many different things….One of the comments I received from colleagues [in the past] is that the women [in my work] tended to be difficult protagonists. A couple of my cohort pointed out that they were unpleasant to be in a room with.

I probably took this more personally than I should have. I started writing in the point of view of men, and it was more well received. I avoided letting women have a voice because something difficult or unlikeable might come out of it.

As I got older, I realized that I didn’t care if the females were difficult and unlikeable—it made them interesting!

After I finished The Fates—it was incredibly well received, and I felt lucky—a conversation came up a lot while I was on tour: Why don’t you write from the point of view of women? Where are the smart women in your book?

Then the Claire Messud debate broke out [where people were saying about her novel The Woman Upstairs,] “I don’t want to read a book narrated by a woman I don’t like.” Claire Messud said that was ridiculous, and I agreed.

I wanted to do something very different from The Fates. I admire [Jonathan] Lethem and Jennifer Egan, who are always doing something different…

A: My grandfather and I were not and never had been close, but he meant a lot to my father. It was a difficult time for my father, so it was difficult for me. 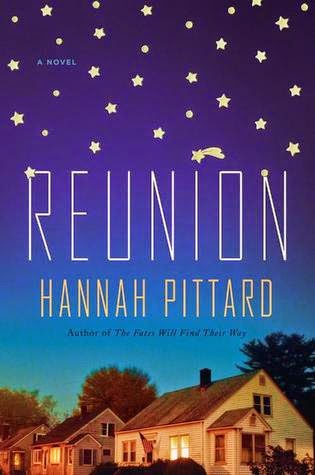 Q: Truth and money—two big topics--are two of the themes with which Kate is preoccupied. Why did you choose to include them in the book?

A: Truth is interesting. I’m very intrigued with stories that either acknowledge the storyteller or the process of storytelling—what is true and not true. I’m very keen on stories that address the intersection of memory, truth, accidental lying, and deliberate lying.

Having a young woman coming to terms with who she is, later in life [than some others], understanding that she is a deliberate liar and wanting to stop is an interesting thing to me. How much is instinct, and how much is willful.

Money is interesting because a very early draft of this book did not address money at all. I sent it to a couple of people. One of my very close friends read the book, and said it’s as though there’s something missing, as though you, the author, are lying to me.

I thought about my own life, and I realized, Oh my gosh, it’s money! I had been on the phone with my brother the same week, and he had this great line [about the importance of money] and as he said it, there was this perfect serendipitous coming together of two conversations, and I realized that money was missing from the book.

It was easy to [revise]—Kate would be thinking about something, but it was generic filler, and all of a sudden I knew what she was thinking about: money….

Q: Reunion deals with family relationships, particularly those among siblings. What intrigues you about sibling relationships?

A: In my first novel, I was really interested in friendships, specifically male friendships, and the way they can overshadow things that are supposed to be more meaningful relationships, like with wives and children…

I am lucky to have two older siblings; I think the world of them and they of me. We have had our ups and downs. I wanted, in the story, to talk about unbreakable bonds that exist whether you want them or not…[The siblings in the book] genuinely love each other; even if they found out they weren’t related, they wouldn’t go anywhere.

I did need to point out the peripheral children [Kate’s many younger half-siblings] who weren’t their “family.” The six children after Kate weren’t her siblings, they weren’t people who grew up with her, who know Kate like the back of her hand.

I love my siblings--that’s one of the very few things I have in common with Kate, but this is probably the most autobiographical of anything I’ll write. I’ve wanted to write a love letter to my siblings for a while. The book is dedicated to Noah and Greta, my brother and sister. 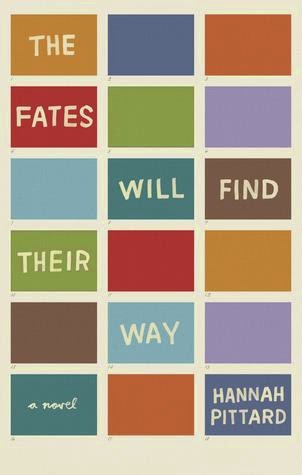 A: I was reading a speech that James Salter gave at the University of Virginia where he was making distinctions between voice and style. Young writers spend 10 or 20 years figuring out their voice, and it then becomes their style. I do think I’m entering the style portion of my career, and this is how I write.

Absolutely there are authors who influenced my early writing voice that became my style. William Faulkner was so impactful for me as a young reader and early writer. I loved his stories and his language.

He was so unafraid to overdo a sentence. That can be a problem for a young writer…it was a really necessary stage for my writing to go over the top, to be overly sentimental, to abuse what he probably would have advocated. He made me fall in love with writing and reading.

There are writers whose writing I hope to be in a conversation with [one day]. Ann Beattie is absolutely responsible for any refined skill I learned from her. She took my writing out and chopped it up and made it into something bigger and bolder than I thought I was capable of.

Her stories are just brilliant. Her novella Walks With Men [is an example of] storytelling that’s aware of itself…it’s a gorgeous somersault of a magic trick. It’s a book I would love my own writing to be in conversation with.

Muriel Spark and Lorrie Moore, as well as Ann Beattie, are all aware of the storyteller. There’s a type of metafiction in play that I’m very interested in….

A: I’m very excited to be able to say that my third novel will be out in March 2016! It’s called Listen To Me—it’s a modern gothic road trip in which a marriage goes horribly awry in 24 hours.

I have a really large project—I have multiple things going on. My long-term project is a historical novel set in Atlanta in the ‘60s. I’m very excited about it—it’s going to be a big beast of a book. I think I’m finally ready for the challenge of this book; I’ve been thinking about it for no less than a decade…

Q: Anything else we should know about Reunion?

A: I’m very proud of Reunion. It’s a short book but it deals with really weighty material. Ultimately it is funny. I wanted to try my hand at something that’s not instinctive for me as a writer. I wanted to see if I could do it, and I think I did.

It’s challenging because you’re confronted with a narrator who’s not always the sweetest person in the room, but for all her lies, Kate is a very honest character.