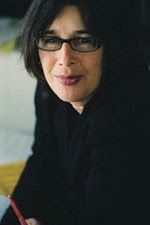 Paula Rabinowitz is the author of the new book American Pulp: How Paperbacks Brought Modernism to Main Street. Her other books include Black & White & Noir: America's Pulp Modernism, and she has co-edited the series Habits of Being. She is professor of English at the University of Minnesota.

Q: How did you first get interested in studying pulp paperbacks?

A: I’ve been collecting books since I was in 6th grade, stealing off my parents. The first long book I read was their copy of Doctor Zhivago. Over the years, I’d end up in used bookstores and would find them--NAL books, Signet books; I was most taken with how Hemingway and Faulkner were turned into some sleazy writers with those covers!

My work as a scholar is on mid-20th century [popular culture]. My first book was on proletarian novels, and the last book, Black & White & Noir, was about film noir, and the stories that get told about America via crime narratives. It was a way to circulate stories about sexuality, class relations, and so forth.

The book came out in 2002, and I realized there was another way to think about pulp modernism. Pulp modernism was a vehicle for circulating some of these ideas…

[With the pulp paperbacks] I am talking about these objects, these collectibles. You can go on line and there are blogs and websites about pulp. I get positive and negative responses to the book; [some say] I’m not using “pulp” in the most precise way. To me, it’s a metaphor… 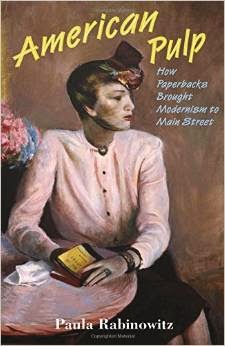 Q: What is your definition of pulp?

A: First, there’s the material level of it. I had a fellowship at Oregon State, and I would drive back and forth by giant pulp mills, mountains of pulp. The literalness of the cheap paper is what pulp is.

Some levels of aficionados claim that pulps can only refer to the cheap magazines published in the ‘20s and ‘30s, as opposed to the “slicks.” What I’m talking about are mass-market paperbacks. I recognize on some level that I’m misusing the term.

On another level, there’s the question of using it in a much more metaphorical sense, the vernacular modernism, the low modernism of the street.

There’s a specific critical definition [of modernism] connected to the particular period of the 1890s through 1930s; the ways in which various art forms paid attention to the form and the medium as much as to the content…

Everyday people had access, even if they didn’t know it, to the world of modernist thinking. To me, pulp is about the modernist procedure in which new ways of thinking about the world were spread around, and done in a very industrial way, through cheap paperbacks or films. Pulping, to me, is making the modern legible…

The paperback books were perfect emblems of all of this. You got works of art on the cover, works of [literature] or science inside, lists of other books you might be interested in inside—and you got to own it all for [almost] nothing!... 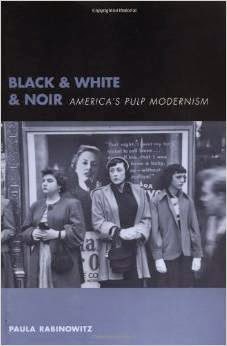 Q: You mentioned the covers of classic, serious novels during the period you’re looking at that were very sensational and sexy. Why were those covers so popular then, and what accounted for their decline?

A: Sex sells! That’s the great line in Preston Sturges’s “Sullivan’s Travels.” There’s a director, Sullivan, who [has made less serious films] but wants to make a serious film about labor and capital, and his producers say, Yes, but with a little bit of sex!

They [the pulp publishers] had to compete…they were marketed the way candy bars, cigarettes, and magazines were marketed. They were very rarely sold in bookstores, and few libraries bought them because they were thought to be too flimsy to survive. They were distributed to supermarkets, drugstores, bus stations…

[The decline came about beginning in] the early ‘50s, when censorship cases were brought in various locations, and there were hearings in Congress at the end of 1952…there was a recession going on, and book sales were falling.

Around that time, Vintage/Anchor books started putting out classier [versions] of classics. That corresponded to the rise in college attendance with the G.I. bill…College courses began to use paperbacks, and it didn’t look too [collegiate] to have these smutty covers. It was a combination of things that were going on…the heyday of the smutty covers was 1930-59, but they were already on the way out by the early ‘50s.

Simultaneously with that, there also were very modernist abstract covers [with] bold colors and stark images….

Q: Are all the images in the book from your collection?

A: Every one of them! They’re all from my collection…

A: I’m at the very, very, very beginning stages of a project that may or may not happen. It’s a double biography of my father-in-law, who I never met, and my father, [looking at] how smart sons of immigrant Jews made it in America.

My father-in-law was surveilled by the FBI as a potential spy who perhaps was running a spy ring. My father was the head of [the Defense Department’s] Project Defender; he ran Intercontinental Ballistic Missile defense. I’ve gotten a series of files that have been declassified from the Defense Department…

A: I’m hoping [American Pulp], like pulp, would appeal to a broad range of people….I’m a literature scholar and so it’s a seriously researched book. But I hope it has appeal to a larger audience of people who are interested in reading and thinking, [or] are collectors.