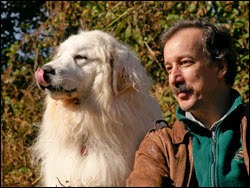 Edward Dolnick is the author of the new book The Rush: America's Fevered Quest for Fortune, 1848-1853. His other books include The Clockwork Universe, The Forger's Spell, and The Rescue Artist. He is a former chief science writer for The Boston Globe.

A: It had a lot of things going for it. I am interested in American history, particularly stories you can tell from letters and diaries. I had pictured it as a hairy-chested he-man sort of thing, and that there wouldn’t be much documentation, but it was the disgruntled middle, who were good with writing and record-keeping.

A: The technological thing that surprised me is that there are so many letters and diaries without [your] going anywhere! There were letters sent home to wives, and collected in local historical societies, and a huge amount has been digitized and available on the Web. You could hear that these voices had a huge appeal. 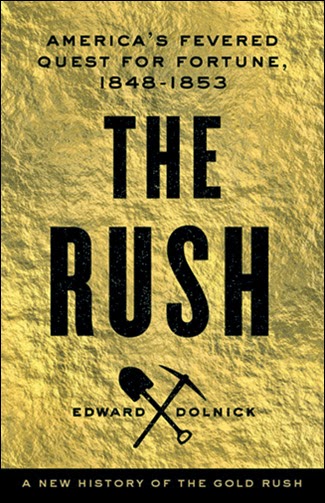 The psychological thing is that this is something new in the world—the first person to think that life could actually be better. It’s an utterly fundamental idea, but it was a new one. I wanted to know what that felt like.

Q: You focus in the book on a variety of fascinating characters. How did you pick them?

A: It took a long time to narrow it down. It’s hard if there are five dozen names to care about who’s who. I knew I was looking for five or six, and I wanted at least one woman—that’s a voice you don’t hear enough; [you hear more about] tough guys. If a woman made it, she had to be twice as tough.

The main thing was a voice. There were many meticulous diaries, but they were too mundane: I woke up at this time and I ate this. They had different backgrounds, came from different parts of the country. Some had given up a lot; some had [little to give up]… 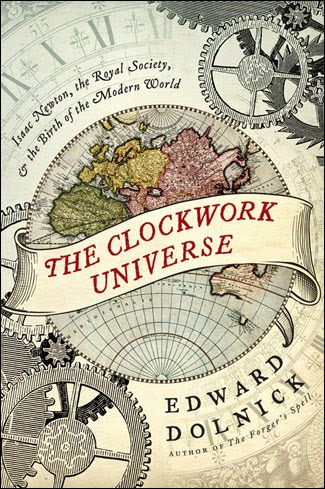 A: It’s got an awful lot of American themes. The West, hyper-speed, a euphoric perspective, a we’re-all-going-to-get-rich sense. It’s violent, crass, materialistic, hopeful. A lot of things the Europeans don’t like about Americans—too pushy, too materialistic. The Gold Rushers are the American mentality with all its sharp angles, to the fore.

Q: You note that in 1848, there were 812 people living in San Francisco, and in 1851, just three years later, there were 30,000. What impact did the gold rush have on California, both immediate and lasting?

A: It had an enormous impact. Because California wasn’t settled the way the rest of the United States was, it was more cosmopolitan; it was more common to hear different languages and different accents. It was far less provincial.

There was a get-in, get-out-quick mentality built into it. It had a seething, frenzied tone from the start. This had been a persistent effect—there were enormous prizes on offer, and some people were cashing in on those prizes. 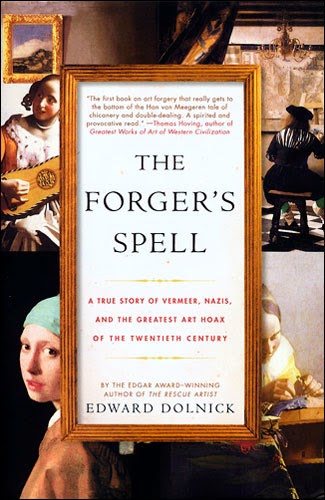 There was striving ambition, and there was frustrated ambition. It was a culture where people who made it had stumbled and fallen before, and that became part of their story.

At that point, it wasn’t the American story—[in other parts of the country] it was a stigma if you failed. In California, failure was a mark that you took big chances. To this day, Silicon Valley enshrines that code: Failure shows ambition. 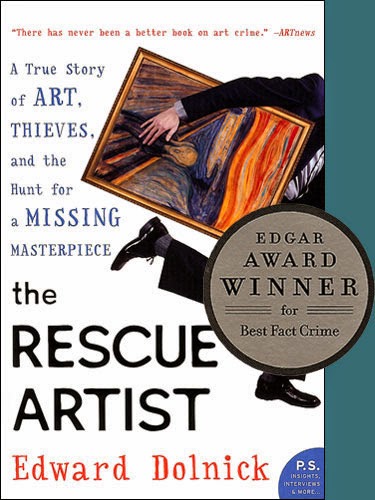 A: Nothing to do with the gold rush or American history. It’s a history of science in the 1600s, about sex, and about where babies come from. [Great thinkers like] Leonardo da Vinci and Isaac Newton didn’t know. They knew men and women had sex, and that they had babies, but they couldn’t figure out the connections. They were stumbling against something that every 8-year-old wants to know. Again, I’m looking at diaries and journals, this time from great thinkers, who are wondering, “How can this be?”

Q: Anything else we should know about The Rush?

A: The main thing I hope people will take from this is that it isn’t homework. It’s fun; it’s quite a yarn. These people look and sound kind of like us, but they’re really different. They’re seeing for the first time something thrilling—and [the book looks at] how they wrestled with that chance.