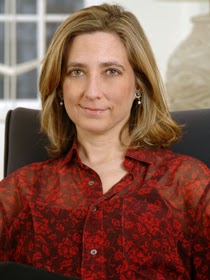 Rhonda K. Garelick is the author of the new biography Mademoiselle: Coco Chanel and the Pulse of History. Her other books include Electric Salome and Rising Star. She teaches at the University of Nebraska-Lincoln and the CUNY Graduate Center, and she lives in New York City.


Q: Why did you decide to write about Coco Chanel, and what surprised you most in the course of your research?

A: Deborah, the book began as a study of Chanel's work as a costume designer for dance, drama, and cinema. I am a scholar and critic of performance and had realized that no one had studied the vast range of Chanel's work in this field.

She had a 30-year career doing costumes--and they were very interesting. Her collaborators for stage work had included Picasso, Diaghilev, Cocteau, Stravinsky, Visconti, Alain Resnais, Jean Renoir, Balanchine, Nijinsky, and so on.

But as I was working on that project, it dawned on me that Chanel was indeed a costumer--but not just of performers-- of the entire world.

Her influence is so vast and deep that most of us no longer even recognize it. She is like the air we breathe, all around us but invisible. I decided that no other woman of the 20th century had had even close to as much influence as this woman, so I expanded the project's scope into a full biography. 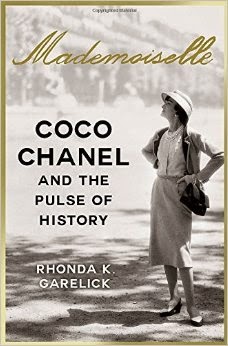 Q: You write, "Chanel was doing more than inventing a new way of dressing, she was inventing a new way of being, and women clamored for a piece of the liberating fantasy she conjured." What about Chanel's designs captivated so many people for so many years, and how did her clothing affect women's senses of themselves?

A: Chanel's work captivated in several ways. First, when she invented her look, women were accustomed to dressing in vast layers of stiff, corseted materials, in dresses that reached the floor, with elaborate hats and veils pinned to their heads.

Chanel helped abolish the corset, and created sleek, movable, breathable, athletic clothes--separates, tubular skirts, jackets with pockets (like men's clothes, this was new!), hats that fit firmly on the head, and more. So on the simplest, physical level, the clothes felt wonderful, freeing, and light.

But on a deeper level, these clothes jibed with the new century, with women's increasing view of themselves as “doers” not just 'be-ers." With the advent of World War I, women were flooding into the workplace, doing jobs that men had done before, and there was a concomitant loosening of some of the strict decorum around “being a lady” of a certain class.

Chanel knew how to work the publicity machine, and by her early 30s, she was known as a woman who lived with a lover, a woman who rode horses, played tennis, traveled, and ran her own highly successful business. She was beautiful and seemed ahead of her time. The clothes seemed to convey this fantasy of a life to whomever they touched. 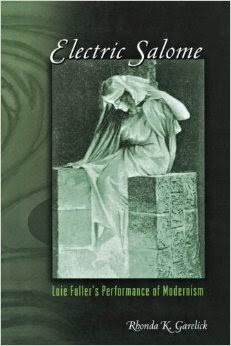 Q: Why did Chanel call her famous perfume "Chanel No. 5"?

A: There are many theories about this! Some say it was simply that 5 was Chanel's favorite number. Others say that her perfumer, Ernest Beaux, had gone through four previous iterations of the scent with her, and this one, the fifth, was her favorite.

My theory is that 5 was indeed her favorite number but that there was a reason for this: Chanel lost her mother at the age of 12, and her father abandoned the family immediately thereafter. She was raised in a convent orphanage, separated from her two brothers. Her two sisters both committed suicide young. The original family had five children, and it was torn apart.

I think Chanel used the number 5 throughout her life (not just for perfume, her runways shows were always held on the 5th of the month, etc.) as a tribute to her original family--the one she lost tragically and early.

Q: In the book, you describe Chanel's collaboration with the Nazis during World War II. What were some of the factors leading her into this partnership?

A: Well, this is a complicated story.  Chanel may or may not have worked for the Germans as early as World War I. Her police file in Paris suggests this.

By World War II, she had several reasons for this affiliation. First, there was her nephew (or possibly her son!), Andre Palasse, who was taken prisoner by the Germans.

By all accounts, Chanel was desperate to get him released, and for this reason she approached the Nazis and may have agreed to cooperate with them in exchange for Andre's release. He was in fact released, and Chanel did take part in an abortive spy mission for the Nazis, in which she attempted to broker a separate peace with Germany. 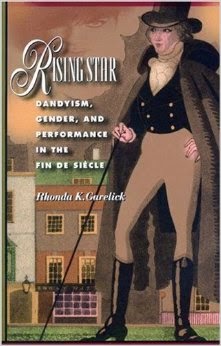 But Chanel was also romantically involved during the war with a high-ranking Nazi intelligence officer, Baron Hans von Dincklage, with whom she spent much of her time holed up at the Ritz Hotel, where she managed to keep her apartment even though it had been requisitioned as a barracks for Nazi officers. She also likely had an affair with another Nazi officer, Walter Schellenberg.

But to me, the romances are less important than Chanel's penchant for the glamour and fantasy of fascism and the Nazis. I think her childhood poverty and ostracism and many other tragedies in her life led her to wish to identify with whatever group seemed the most powerful.

During the Occupation, that group was the Nazis and Chanel fell in easily with their elitism and their elegance (in dress, in manners, I am speaking of the highest-level SS officers). What's more, her own politics were, by then, hard-right, nationalistic, anti-Semitic, and xenophobic. She'd hungered all her life for just the kind of inherent superiority promised by fascist ideology.

After the War, she managed to slip out of sight for over a decade, going into self-imposed exile in Switzerland, while other collaborators suffered harsh consequences. When she returned to her career in the early 1950s, she managed to re-invent herself all over again.

A: I am planning a new book on the subject of "admiration"--how it functions, its uses and abuses. I suspect that we, in America, have lost somehow our capacity to admire and have replaced it with something we find more comfortable and less threatening--adulation, celebrity worship, etc.

The book asks what compels people to follow or emulate a leader, in sports, popular culture, politics, religion, and yes, fashion. And I want to figure out how admiration has given way, in my opinion, to something less productive, and whether we can fix this. It draws heavily on my two-decade career as a professor, too.

A: Well, as I said, I am also a professor, of comparative literature and performing arts. I am a visiting professor at the CUNY Graduate Center and on the faculty of the University of Nebraska-Lincoln.

I have a theater and dance background myself and have also worked for years as a corporate consultant in media, fashion, and journalism, so I have a kind of dual view of topics like fashion and popular culture.

I am married and live in NYC, which is my hometown.