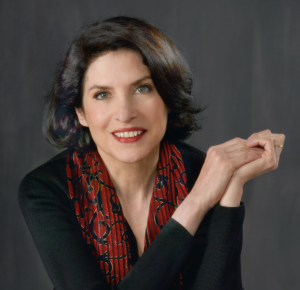 Lauren Belfer is the author of the new novel Ashton Hall. Her other books include And After the Fire, and her work has appeared in a variety of publications, including the Michigan Quarterly Review and Shenandoah. She lives in New York City.

Q: You note that a visit to a historic English mansion years ago was part of the inspiration for Ashton Hall. How did that experience lead to this novel, and how did you create your character Hannah?

A: When I was in my early 20s, an acquaintance invited me to stay at the apartment he was renting at Blickling Hall, a National Trust historic home in Norfolk. English history had always fascinated me, and I was thrilled by this invitation.

During my stay at Blickling, I was able to explore the private areas of the house, including the back hallways and attics. As I made my way through the shadowed corridors and the old nurseries and storage rooms, walking deeper and deeper into the mysteries of the past, ideas came into my mind for a novel.

I jotted down some notes, but I didn’t begin writing. At that moment, other projects were demanding my attention.

Decades later, after I’d published two novels and was completing a third, and my son was grown up, my husband was invited to spend an academic term at an institute affiliated with Cambridge University. Happily, I was able to accompany him.

One day as I walked along the narrow, historic streets of the town, I suddenly remembered my stay at Blickling Hall. In a sweeping moment of insight, I realized that if I fictionalized Blickling and moved it to the outskirts of Cambridge, I’d have the perfect setting for a novel.

The main characters came to me in a flash, people I cared about deeply, especially Hannah, struggling to puzzle out her future after a devastating discovery, and her beloved yet challenging son, Nicky.

At last, I was ready to begin writing the book that became Ashton Hall.

Q: How would you describe the dynamic between Hannah and her son, Nicky?

A: Nicky is the hero of Ashton Hall, and the relationship between mother and son is central to the book. Because he experiences episodes of rage, Nicky can be difficult to raise. But he is also wonderful and brilliant, and he brings Hannah tremendous joy. He’s the center of her world.

And yet … as his challenging behavior continues despite her best efforts at parenting, she wonders each day if she can ever be the parent he needs.

Q: The Publishers Weekly review of the book says, in part, “Without slipping into country house clichés or simplistic parallels, Belfer offers a nuanced exploration of the ways women’s lives are constricted.” What do you think of that description, and what parallels do you see between Hannah's life and that of Isabella Cresham centuries earlier?

A: Hannah has willingly given up her career to care for Nicky, and as a result, she’s financially dependent on her husband. When she makes a discovery that threatens to destroy her marriage, she finds herself trapped—unable to make the right decisions for herself, or for Nicky, because she’s given up her independence.

As she investigates the life of Isabella Cresham, she realizes that Isabella, too, struggled to forge an independent life, and Hannah begins to feel a bond with this woman who lived at Ashton Hall centuries before her. 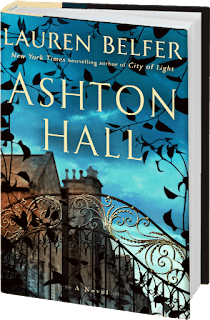 A: Ashton Hall is my first novel set entirely in the present, and through the unfolding of the story, I wanted to explore how we as individuals today go about rediscovering the past.

This question feels very personal to me, because it developed from my experiences researching the history of my family: visiting the town they came from in Europe; finding their names in business directories and birth and death records from Poland before World War II; tracing how they made their way to America by examining ship manifests—and also from attempting, without success, to learn the precise fate of my family members who weren’t able to reach safety and perished in Europe during the Second World War.

As I researched my family, I began to ask myself what scholars in the future might find if they researched me. What evidence would they have to work from? Credit card bills. Checking account statements. Tax returns. Charitable donations.

I realized that my life would also be revealed by lists of the books I’ve checked out of the libraries wherever I’ve lived. Since childhood, I’ve been an avid reader. A comprehensive listing of the books I’ve borrowed since I first possessed a library card would disclose a great deal about me, maybe more than I’d ever want the researchers of the future to know.

In addition, I created a 16th-century library register for Ashton Hall. In the novel, Hannah uses this register to imagine the thoughts and feelings of Isabella Cresham and her family through the books they read.

My hope is that readers will take each clue offered in the account ledgers and in the library registers to create in their own minds the world of Ashton Hall.

As to what surprised me most as I researched the novel, I think it was this very process—that tiny clue by tiny clue, I could conjure an entire world from account ledgers and library registers.

A: Thank you for asking! I’m deep into a new novel—but I’m extremely superstitious, and so I never talk about the details of work in progress. My novels are constantly evolving, all through the writing process. I feel that if I talk about the story, I’m committing myself to the details I’ve discussed, and I never want to do that until I’ve reached the end.

A: I was researching Ashton Hall during the worst days of the Covid-19 pandemic. As I read more and more Tudor history, I found myself learning about high percentages of 16th-century urban populations dying from plague, which was then called pestilence, and about rural villages abandoned altogether when most of the residents died from the disease.

When I learned that upper-class women in the Tudor era often served their families and communities as informal physicians, and that they made remedies from herbs, I felt compelled to weave Tudor medical practice into Ashton Hall, and so I developed my fictional character Katherine Cresham.

I have an abiding interest in the history of medicine, and my second novel, A Fierce Radiance, is about the development of penicillin and other antibiotics during World War II. Investigating the history of plague in Tudor times while coping with the pandemic of our era was a powerful and often heartrending experience.