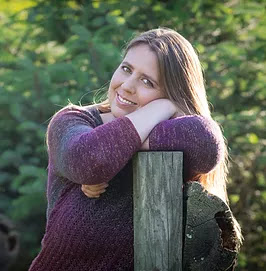 Susan K. Hamilton is the author of the new novel Stone Heart. Her other books include the novel The Devil Inside. She lives in the Boston area.

Q: What inspired you to write Stone Heart, and how did you create your character, Lauren?

A: I don’t know if there was any kind of lightning strike inspiration for the book. I wanted to write something about relationships, regrets, and the dumb decisions we sometimes make when we’re in love.

I will confess to a bit of an homage to the TV show Blue Bloods…I like the close-knit family dynamic in that show, and it inspired the Padovano family (especially the Sunday dinner concept).

Followers of the show might also wonder about the name Danny. Originally, I wanted to change it, so I tried a bunch of other names for Lauren’s ex: Lauren and Tim, Lauren and Jason, Lauren and Chris, Lauren and Marty, Lauren and Tony. And I didn’t like any of them. I kept coming back to Lauren and Danny, so that’s what I went with.

As for creating Lauren, I wanted her to be someone who felt authentic. And while most of us probably can’t relate to her from a fame and fortune perspective, I think you can relate to her on other levels.

She’s lonely even though she’s not alone. She’s got her insecurities and her vanities. She’s a fundamentally decent human being, but she makes some bad decisions. But she is also smart and fierce and loyal. I wouldn’t call her my alter ego, but sometimes I wish I had a few of her qualities (and her talents – music is not my forte).

Q: In our previous interview, you described this book as “a little bit of a departure for me.” How would you compare it with your other books?

A: The biggest departure for me is genre. When it comes to reading, I’ll give almost any genre a try, but for my writing I’ve really stayed in the fantasy realm. My previous two novels, Shadow King and The Devil Inside, are both dark/urban fantasy but Stone Heart is contemporary women’s fiction—so there is not a dragon, Fae, or supernatural being to be found! 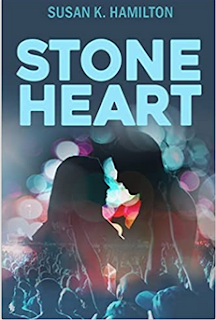 But I think readers will find a similarity in that I like to write strong, but flawed, female characters and that’s a theme that runs through most of my work.

Q: How would you describe the dynamic between Lauren and Danny?

A: I’d say it is definitely complicated. They care very much about each other but have let a lot of unfinished business go unsaid for many years.

They’re also both stubborn and want to see their relationship—past and present—the way they want to and not necessarily the way it is. Lauren is a little better at that. She sees the dynamic has changed, but the possibility of changing the past is too tempting for her to resist.

They are the two sides of a coin: wild and stable, exciting and reserved, adventurous and steadfast. In many relationships, this type of dichotomy brings balance, but it can also cause conflict and that’s where Lauren and Danny start to find themselves on unstable ground.

Q: What role do you see addiction playing in the novel?

A: When I started writing this book, I never meant for addiction to be a main theme. To me, it made sense that Lauren would go full on into the “sex, drugs and rock and roll” lifestyle, but I didn’t want the book to be about her drug issues. I wanted it to be about her learning about herself, learning embrace things that she’s always doubted despite all of her success.

Some readers will see her relationship with Danny as a substitute addiction, and I think that is a fair assessment. I would say she certainly exhibits the traits of an addictive personality: she loves excitement, she can be impulsive at times, and it is hard for her to quit.

Of course, these traits don’t mean she (or anyone else) is going to get addicted to everything she tries, but it is easier for her to go down that path.

So, all of that being said, I don’t know if I consider addiction playing a “role” in the book. Personally, I see it more as a backdrop, part of the framework of who Lauren is, that shapes how she moves through the world for better or worse.

A: At the moment, I’m taking a little pause. As much as I wish I could write full time, I do have a day job, so sometimes I only have an hour or so to write each day. And right now, I’m putting my energy into the Stone Heart launch.

But once that’s done, I have notes for a couple different ideas, including a potential follow up to Stone Heart. I’m hoping to get kicking on that this fall – maybe I’ll turn it into my NaNoWriMo 2022 project.

I also have an old manuscript, and I mean like over 10 years old, that I never finished for a lot of reasons. I’ve been starting to think about that one again and what I might be able to do with it now. If I follow that path, it will bring me back to the fantasy genre.

So I’ll have to see which one catches my fancy – I learned a long time ago that if I try to force myself to write a story, that is the fastest way for it to turn into a big disaster. I have to write the story that’s sparked my interest, regardless of whether or not it is the story I was planning on writing.

A: I think I’d say there are two things that readers should know about Stone Heart. The first one—and I mentioned this earlier in this interview—is that the book is contemporary women’s fiction. It is not a romance novel even though there is a romantic entanglement that’s very important to the core of the story.

The other thing is the time frame. The novel takes place around 2010. Why, you ask? No other reason other than I wanted it to—it puts Lauren in a position to be really influenced by some of the bands I wanted her to be inspired by, but also keeps her in the age range I wanted for the book.

I tried to throw in what I casually dubbed “era markers” rather than hit readers over the head using dated sections or chapters.

In retrospect, I think I should have been a touch clearer about that up front because a couple reviewers have noted they got a little confused as to when the book was taking place. But that just goes to show that you learn something with everything you write, and I’ll think about approaching it differently next time.