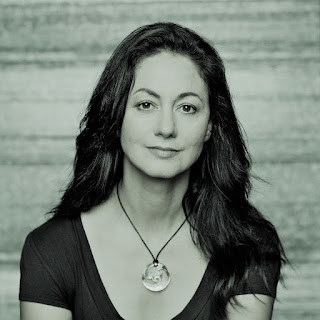 Michelle Wright is the author of the new historical novel Small Acts of Defiance, which is set during World War II. She also has written the story collection Fine. She is based in Melbourne, Australia.

Q: What inspired you to write Small Acts of Defiance, and how did you create your characters Lucie and Yvonne?

A: During the 12 years I lived in Paris, I developed a deep love for French language, culture, and history. I noticed, though, that there was often a sense of unease around discussing the period of German occupation, or a willingness to focus solely on the acts of the French Resistance.

I wanted to explore this period, examining the lives of ordinary French people and their diverse responses to the occupation, from resistance to collaboration and everything in between.

I chose to create a protagonist, Lucie, who, like me, was initially an outsider. When I arrived in Paris as a young woman, I was pretty politically naïve and had to learn a lot very quickly.

I wanted to explore how Lucie, too, gradually comes to understand the situation in which she finds herself. As her knowledge of French history, politics, and society deepens, I hope that the readers will accompany her on her journey and develop their understanding alongside hers.

In creating Lucie’s mother, Yvonne, I hoped to highlight the different expectations placed on women from that generation. At that time in France, women didn’t have the right to vote and the Vichy regime was intent on confining women to their roles as mothers and wives. Yvonne is initially constrained by these expectations and her relationship with her brother, Gérard.

I thought it was interesting to explore the contrast between Yvonne and Lucie, and how Lucie’s influence has an impact on Yvonne’s sense of self-identity.

A: I was very fortunate to be awarded an Australia Council for the Arts residency which allowed me to spend six months at the Cité Internationale des Arts in Paris to do intensive research for the novel.

My studio was next door to the Holocaust Memorial and I spent countless hours there examining their extensive collection of documents and artifacts. I also had access to incredibly moving first-hand accounts from survivors and their descendants, as well as other fascinating primary sources such as letters of denunciation written by collaborators.

One surprising piece of information I discovered was the existence of the baby smuggling network operating out of the Rothschild Hospital. There was very little documentation about it and many people I spoke to weren’t aware of its existence. 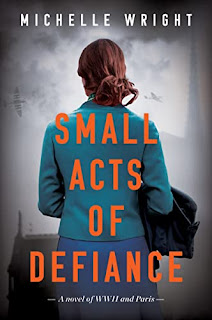 Luckily, in my research at the Drancy Memorial, I discovered little-known but fascinating details that I was able to integrate into the narrative, such as the fact that the babies were smuggled out through the hospital morgue. I was able to find the door that I describe in the novel and walk the streets around it at night just as Lucie does.

Q: The author Lee Kofman says of the novel, “Wright re-creates occupied Paris with immediacy and with melancholy tenderness, and asks questions about personal responsibility that are just as relevant today as they were eighty years ago.” What do you think of that description?

A: I absolutely agree that the questions of personal responsibility are just as relevant today. While I was writing the book, there were daily news reports describing the resurgence of neo-Nazism, fascism, racism, anti-Muslim and anti-immigration sentiments in many countries around the world, including Australia and the United States.

Faced with these developments, we are all having to ask ourselves where we stand and what we should be doing in response.

And since the novel’s publication, we have seen tanks rolling across borders in Europe, a peaceful country occupied by foreign forces and ordinary citizens forced to engage in acts of defiance, both small and large, in order to defend their freedom and their lives.

So, yes, 80 years after the events portrayed in my novel, the central questions it raises are still tragically relevant.

A: I hope that, despite the terrible violence and grief the characters experience, readers will take away a sense of hopefulness and optimism. I hope they will detect in the story an underlying belief in humanity’s ability to rise above its worst moments and to rediscover solidarity and community.

Given what so many people in the world are living through currently, I hope that this might be a useful thought to take away and reflect on.

A: I’m always writing short stories for anthologies and competitions, but I’ve also started working on my next novel. I can’t say too much about it yet, as it’s still in the very early stages. However, I can say that it’s partly based on my experience in a men’s prison when I was 18, as well as several weirdly coincidental encounters with three-legged greyhounds!

A: Writing is an incredibly solitary pursuit and once the book has been launched out into the world, it feels like I lose touch with it – a little like an adult child who’s left home and is living their own life.

So, I love to hear from readers who’ve encountered the book on its travels. I love to hear what they took from it, their questions, their own tales of Paris. So please don’t hesitate to get in touch via Facebook or Instagram.