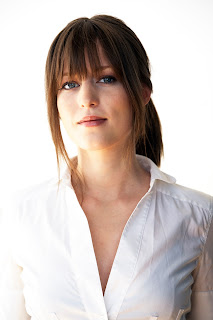 Maya Rodale is the author of the new novel The Mad Girls of New York, which focuses on reporter Nellie Bly (1864-1922). Rodale's other books include Dangerous Books for Girls, and her work has appeared in a variety of publications, including Bustle and Glamour.

Q: Why did you decide to write a novel featuring legendary reporter Nellie Bly?

A: Nellie Bly is a heroine we need right now—she’s daring, unapologetic and fearless in her work to shed a light on women’s lines and hold the powerful to account. She’s also spunky and funny.

Once I discovered her life and story, I knew I wanted to write a novel about her. And I knew it had to start with her first big story about going undercover in an insane asylum. And so: The Mad Girls of New York!

Q: What did you see as the right balance between the historical Nellie Bly and your fictional version?

A: A lot of Nellie’s published newspaper writing remains but there is very little of her personal writing like letters or diaries. However, she does write from her first person point of view and includes her thoughts and impressions in all of her work. All of which is to say, there is a good amount of historical Nellie that gave me a sense of what the fictional Nellie ought to be. 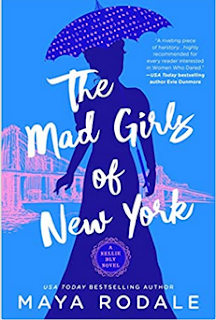 A: I learned just how many perfectly sane women were sent to asylums just because! My research was largely focused on Nellie’s life. But I also did a lot of reading into other accounts of women being committed, about 19th understanding and treatment of mental illness, about the history of the press.

I also walked around NYC. Another surprising fact—the octagon tower of the original asylum still stands on Roosevelt Island. It is now part of a luxury apartment complex.

Q: What do you see as Nellie Bly's legacy today, and what story do you think she'd be reporting on if she were here now?

A: If she were alive today, I think she would absolutely be working undercover in an Amazon warehouse and would then write a blistering account of it. Nellie constantly took risks in her work—whether in her stunt reporting or going to the front of World War One—and she used her platform to shed a light on injustice and to champion reforms.

A: The Mad Girls of New York was just the beginning of Nellie’s adventures. I’m working on serialized fiction about Nellie’s years as a single lady and stunt reporter in Manhattan. It’ll launch in the Fall, but readers can sign up here: https://www.mayarodale.com/by-nellie-bly