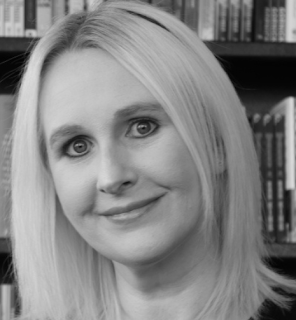 Brooke Beyfuss is the author of the new novel After We Were Stolen. A copywriter, she lives in New Jersey.

Q: You write that After We Were Stolen originated with a writing contest. How did you ultimately create your character Avery, and why did you decide to focus on a cult?

A: Avery had been whispering to me for quite a while before I started writing her, but I was having a lot of trouble getting a full picture of her situation. I knew she was trapped in a cult, and I knew that most of the other members had died, but she was very quiet on the details.

I tried a few outlines, but they seemed inauthentic, and I was getting frustrated with the whole thing.

When my friend sent me the link to the writing contest, and I saw that it was only asking for 75 words, I decided to give it one last shot. For whatever reason, those few sentences opened the floodgates. I think I needed time to really trust myself with such a traumatized character, and once I felt confident enough to tell her story, she began to share it with me.

A: I did know the ending, which is unusual for me. Normally, I’m a pantser – I almost never outline stories. My characters always go rogue and do whatever they want anyway, so I try to keep things loose. But for this book I did a complete outline, and for the most part I stuck to it.

There were a few surprises—Toby, for example, came out of nowhere. He wasn’t in the outline, I had no idea he was lurking in the shadows, he just burst onto the page, fully-formed and ready to go. In doing so, he changed the trajectory of the story, but in the best possible way, so I was happy to break form and weave him in. 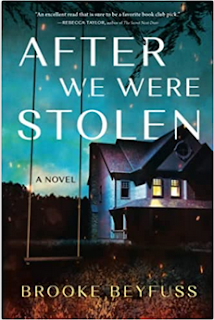 Q: How would you describe the relationship between your characters Avery and Cole?

A: In writing Avery and Cole, I sometimes felt like they were each one half of a whole person rather than two broken ones. I hesitate to define their closeness as the result of shared trauma because I don’t think it’s that simple.

Avery and Cole are far more than siblings—aside from being fiercely protective, they love each other deeply, and their actions express that even though they never say it.

In the earlier part of the story, Cole is emotional, he allows himself to be vulnerable and unsure, while Avery hides her weaknesses. But after they are separated, those roles are reversed. Avery lets her guard down and is able to finally express how she feels, but by the time she does, Cole has put up walls of his own. That, to me, is one of the saddest parts of the whole story.

A: Early on, I planned to give this story a happy ending. A heartwarming, feel-good, and, ultimately, completely disingenuous ending. I decided against it because I set out to write Avery’s trauma and recovery as authentically as possible, and with that came the understanding that some stories can’t be tied up in a bow.

Even so, I’m hopeful that the reader will see a bright future for Avery. The light at the end of this book may be little more than a pinprick, but it is there, and I hope the reader comes away from the story with the ability to envision a happy ending, even if it’s not handed to them outright.

A: I just completed edits for my second release, Before You Found Me, and I am over-the-moon excited about it. Despite being my second published work, it’s the first novel I ever wrote.

It follows Rowan, a 22-year-old woman who suffered a tumultuous childhood and nearly lost her life at the hands of her fiancé, and Gabriel, an 11-year-old boy who had been locked in his father’s basement for three years.

Rather than call the police and subject Gabriel to the kind of upheaval that plagued her own childhood, Rowan opts to kidnap him and raise him herself. What follows is a ride—a truly bizarre found family dynamic, tension on top of tension, and a tornado that changes everything.

A: Check out my website because I’ve got some incredible events coming up! In September, I’ll be on a panel at the Kansas Book Festival in Topeka to discuss Murder, Mystery, and the Culpable Community. If you’re in the area, I’d love to see you! You can find a list of upcoming events and other news at brookebeyfuss.com.