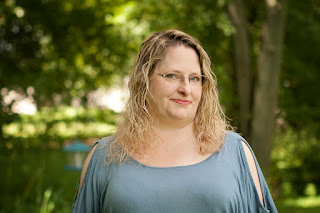 Shannon Schuren is the author of the new young adult novel Where Echoes Lie. She also has written the YA novel The Virtue of Sin, and her work has appeared in a variety of publications, including Ellery Queen Mystery Magazine and Big Pulp. She lives in Sheboygan Falls, Wisconsin.

Q: What inspired you to write Where Echoes Lie, and how did you create your character Rena Faye?

A: I was inspired initially by a visit to Cumberland Falls [in Kentucky] with my family about 15 years ago.

My husband and I took our kids to see the moonbow and it was such a special experience, being out near the falls late at night with all these other people, waiting to witness this unique phenomenon. I knew I would have to write about it someday.

Rena Faye’s voice came to me on that same trip, as a young girl feeling trapped in her small town and yearning for a way out. I took several research trips back to Corbin after deciding to write the book, just trying to soak up the history and the atmosphere of the place.

Q: What do you think the novel says about ghost stories, especially those focused on young women?

A: Ghost stories are commonly thought of as a fun, safe way to scare each other. But we also use them as parables, or cautionary tales. “Don’t go out alone;” “don’t get into cars with strangers.” These are important lessons, and stories are one way to teach them. 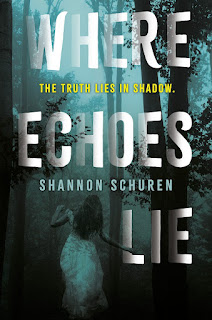 The ghost bride legend in the book starts out as one of those—don’t get too close to the falls because it’s dangerous. But like all stories, the lesson depends not only on the person who writes it, but also the people who keep repeating it.

While researching Where Echoes Lie, I discovered hundreds of ghost brides, from different cultures across the world. The stories differ some, but at their heart they all contain a virginal young woman who makes a foolish error that leads to her death.

Curiously, there aren’t a lot of ghost grooms or dead prom dates in tuxedos roaming the countryside. So while the stories are cautionary, they also start to feel like a means of monitoring, shaming, and controlling behavior, specifically that of young women.

Q: The novel is set in the town of Corbin, Kentucky. How important is setting to you in your writing?

A: Setting has been the inspiration for both my books – Koreshan State Park in Estero, Florida, for The Virtue of Sin, and Cumberland Falls for Where Echoes Lie—so I would say it is integral to my writing.

The setting informs the characters and the plot in so many ways that for me, it would be impossible to write a book without having a firm grasp of the location first.

A: I had a rough idea of the ending, but as usual, I was wrong. I ended up rewriting the ending at least three times. Endings are tough to land, at least for me. Luckily, I have a great editor who can usually see the ending clearer than I can.

A: I’m currently working on another young adult thriller about a young girl who moves into her dad’s ancestral home and starts experiencing memories that don’t belong to her. It’s very gothic and spooky and I’m having a lot of fun with it!

A: People ask me about the moonbow a lot—it’s real, and Cumberland Falls, Kentucky, is one of the only places on earth where you can see one on a regular basis. If you have the chance to travel there, I definitely recommend it!

Also, please follow me on social media! No travel required. 😊