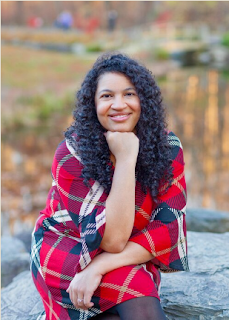 Michelle Coles is the author of the new young adult novel Black Was the Ink. A civil rights attorney, she lives in Maryland.

Q: You've said that Black Was the Ink was inspired by the Mother Emanuel massacre in Charleston, S.C. How did that lead you to write this novel, and how did you create your character Malcolm?

A: I was on maternity leave at the time of the Mother Emanuel A.M.E. massacre and was horrified that such a young person could commit such a heinous crime.

I looked into the history of the church and was surprised to discover that Denmark Vesey, the leader of one of the largest attempted slave revolts, founded the church, and Richard Cain, one of the first black members of Congress, led the church during the Reconstruction Era.

Mother Emanuel continued to play a vibrant role advocating for civil rights all the way up to the time of the massacre with its senior pastor, Rev. Clementa Pinckney, also serving as a South Carolina state senator when he was assassinated.

Looking at American history with the church as a through line, the past and the present merged before my eyes, and I knew I had a powerful story to tell.

I imagined Malcolm as an African American teenager who felt overwhelmed and disaffected because of all of the injustices he had experienced in life.

With the help pf a ghostly ancestor, Malcolm learns about the incredible progress Black people had achieved shortly after emancipation only to be reversed through a campaign of domestic terrorism grounded in a belief in white supremacy. 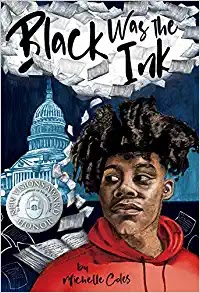 After recognizing the connections between the past and the present, Malcolm finds his voice to be an agent of change.

Q: What did you see as the right mix of fiction and history as you wrote the novel?

A: I wanted Black Was the Ink to be a powerful teaching tool, so I included as much documented history as the story would allow. Black Was the Ink is essentially two stories combined into one - the present set in 2015 and the past set throughout the 1870s.

A: I’m a civil rights attorney so I have a good understanding of present-day civil rights issues, but I didn’t know as much about the Reconstruction Era as I should have.

I started by reading everything I could get my hands on about that period, including books by W.E.B. Dubois, Eric Foner, Charles Lane, and Phillip Dray, among other sources. One of the best first-hand resources I found was the congressional records held by the Library of Congress.

I was really surprised by how much Black people had accomplished immediately after the abolition of slavery and how ready they were to exercise their rights of citizenship. That was contrary to what I had learned in school and how that period had typically been depicted.

Q: The Kirkus Review of the book calls it "A dynamic look at how the past informs the future." What do you think of that description?

A: I’m outlining another young adult novel that shines a light on a different under-discussed period in history that has huge implications for a situation that continues to be problematic today.

A: Facing history can be uncomfortable at times, but it is the only way we can learn from our mistakes. There are a lot of important lessons hidden in the Reconstruction Era, and I hope by studying this period closely, we can avoid repeating the mistakes of the early 20th century.