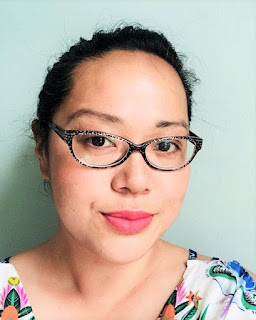 Maisie Chan is the author of Danny Chung Sums It Up, a new middle grade novel for kids. Her other books include the Tiger Warrior series. She is from Birmingham, UK, and is based in Scotland.

Q: What inspired you to write Danny Chung Sums It Up, and how did you create your character Danny?

A: The seed of the idea came when my friend's grandmother arrived in our city aged 92 from China. I wondered what this strong, and mighty grandmother could do for a social life and I thought about bingo and how you would only need to know numbers!

That was the spark of the idea, then I created Danny. A boy who has no privacy when his grandma from China moves into his room. Each draft I had I added to Danny's character; for example, in the first draft, he didn't draw and there wasn't a math element to the story until around draft three or four. I wanted to create a character who was relatable to other children.

Q: The Kirkus Review of the book called it “Funny and heartwarming; a balanced equation of family, culture, and being true to yourself.” What do you think of that description?

A: I love it! Many readers have called it a “heartwarming” story and the Kirkus description has in it all of the things I was hoping readers would take away from the book. Danny wants to find his voice and stand up for what he loves, which is drawing. But it takes a big change in his family for him to discover that.

Q: How would you describe the dynamic between Danny and Nai Nai? 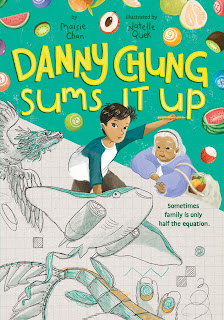 A: Danny doesn’t think he is good at math and that thought blocks him for moving forward sometimes. I would like to kids to read the book and know it’s okay to ask for help, and also nurture what you do enjoy.

A: I’m working on my second novel which is about Lizzie Chu. She is a young carer and lives with her grandfather who is acting a little strangely. It's a story that includes a Chinese deity, cosplay, dancing and a trip!

A: Danny Chung Sums It Up is a standalone novel. It’s called Danny Chung Does Not Do Maths in the U.K. as the publishers wanted different covers, titles and illustrators! I'm extremely happy that Danny and Nai Nai have made it across the pond and U.S. readers can enjoy their story.