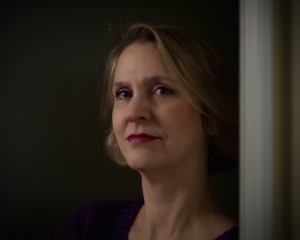 Leslie Pietrzyk is the author of the new story collection Admit This to No One. Her other books include the novel Silver Girl, and her work has appeared in a variety of publications, including Ploughshares and Southern Review.

Q: Author Melanie S. Hatter writes of your new book, “Leslie Pietrzyk takes a scalpel to White Washington, D.C., and doesn't flinch as she cuts it open.” What do you think of that description?

It was important to me a book that explores tricky topics like family estrangement, race, abortion, and gender—viewed through the lens of power structures—look hard and closely at these things that make us nervous.

Q: Many of the stories focus on various women and their connections to a man who is Speaker of the House. Why did you choose to structure the book that way, and what do you think it says about the impact of political power on families?

A: In official D.C., it seems that everyone thinks they’re important (or should be) (or will be).

So I was drawn to the idea that this one man—constitutionally, the third person in line to run the country—actually is important by D.C. standards, yet maybe he understands he’s bungled his life by chasing a misguided idea of importance, while being cursed with the self-knowledge that he’d likely not do anything differently if given a redo.

While I’m not suggesting that all political families are as tangled as the family I invented here, I suspect that that living in and being raised in an atmosphere of pursuing power (even if that pursuit is cloaked in altruistic reasons, as it often is) would be defining. 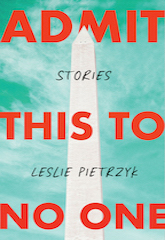 Honestly, simply spending so much time contemplating “power” in this abstract way as I worked on this book made me feel jaded and more cynical than usual.

That’s saying something as I remember a high school social studies teacher drilling into us this famous quotation from Lord Acton: “Power corrupts, and absolute power corrupts absolutely.”

Our text was a now out-of-print book for adults called Who Really Runs America?, and I’m sure most of it was over my head, but having that subversive question and that quotation crammed into my head at an early age surely informed my writing here.

Q: In our previous interview, you said you were “the world's worst at titles.” How did this title come about, and what does it signify for you?

A: Because I’m awful at titles, I’ve recently started studying the art of titling, trying to improve. Originally, this book was going to be called Corruptible, based on the quotation I cited above. My editor nixed that plan; she was right.

The story currently titled “Admit This to No One” first had a different, truly terrible title, but it contained the line, “It goes without saying that he will admit this to no one,” and I saw that “admit this to no one” could thematically capture the book—and the city—because that there are a whole lot of things that people in power, that most of us wouldn’t want to admit to anyone.

I still had a lot of writing and shaping ahead of me, and it was exciting how this title helped the book coalesce in my mind and on the page.

Which secrets are those that people will never, ever, never divulge? What shameful things do we all carry with us on every ordinary day? I wrote toward those questions, and the answers often surprised me, especially when it came to the Speaker and his daughters, some of the recurring characters in the book.

A: I would love readers to think about the complications of family, about the myriad unwritten rules surrounding us, about how layers of power inform even simple encounters of daily life as in the quick trip to the grocery store in “Green in Judgment.”

A: I recently finished Headstrong, a novel about a 15-year-old girl who was abandoned by her father when she was born. When she finally finds her dad, she learns he’s a retired, famous football player suffering from CTE, the brain disease.

As I wait to see what happens with that manuscript, I’ve been tinkering around with stories set in a seemingly innocuous neighborhood in 1970s Iowa and a seemingly innocent group of neighbor girls. I’m not sure if these pieces will end up being a book or not, but I’m intrigued by what I’m discovering.

A: I’ve heard that some readers are nervous about books that feature challenging characters, which often translates to “unlikeable.”

Personally, those are my favorite types of characters to read and to write because they’re true to life. Each of us is flawed, each of us is bound to hurt or disappoint a loved one, each of us makes bad decisions—consciously and unconsciously. There’s so much tension at play in the way we perpetually imagine ourselves as good people, the way we hide behind good intentions.

I want my writing to root around underneath all that, to loosen the foundation of who we might think we are. That’s tough stuff, or for me it is: facing my secret shames. That’s why fiction is perfect, because all I have to admit to is writing stories about made-up people in D.C.