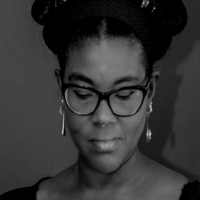 Jake-ann Jones is the author, with the late civil rights activist Florence L. Tate, of the new book Sometimes Farmgirls Become Revolutionaries: Notes on Black Power, Politics, Depression, and the FBI. The book focuses on Tate's life story. Jones, a writer, director, performer, and producer, grew up in Harlem and lives in Florida.

Q: How did you and Florence L. Tate end up working together on this book?

A: I knew her sons Greg and Brian Tate from working in the performance and literary world in New York City, and when I started spending more time in Florida Greg told me, “You should look up my mom.”

It took five years for me to finally do that, and in 2010 we met. We were at a group event, and she shared some of her wisdom and experiences, and I was intrigued when she mentioned she actually had her FBI file. I was like, “Wait – where’s your memoir?” That’s kind of how it started.

A: We had played around with the title “The FBI’s Most Wanted Press Secretary” for a long time, which was a bit of a joke. But ultimately, she didn’t want her memoir to be focused on the FBI matter because it wasn’t what she stood for and didn’t really reflect her total life experience or accomplishments.

She didn’t really have a title but thought something about her being born in Eads and having ended up as far away as Angola was significant. Mr. Tate would also say to me, “It needs to say revolutionary in the title because that’s what she was!”

I came up with the current title as a way to honor both her roots in Tennessee, while acknowledging Mr. Tate’s favorite way to describe her work on the Continent and in the U.S.

It was later on that, while re-reading the quote by Paul Delaney, a contributor and New York Times writer who worked with her at the Dayton Daily News, that I noticed her referred to her as a “flaming revolutionary” as well!

Q: What do you see as Florence Tate's legacy today? 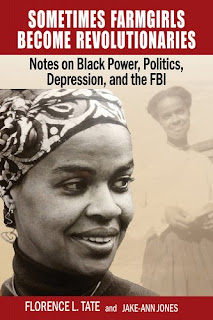 A: So many of the contributors in the book whose lives Mrs. Tate touched have gone on to impact the fields of politics, Black Studies, art, culture -- and from long conversations with them, Florence’s impact on their lives is clear.

She liked to label herself “a fly on the wall” and was dubious of how relevant her story would be today, but for me there was so much importance in her being a single mother at times, a Black woman dealing with depression, and still going on to touch so many important cultural events, figures, and organizations.

I felt that, in and of itself, was the most significant part of her legacy for me: inspiring others who are trying to stand up and fight under the most challenging odds -- through her own will to survive and her activism.

Q: What impact did working on this book have on you?

A: To this day, when things in my life get rocky, when I’m juggling too much, I think of Florence.

I’m also a single mother -- although my sons’ father is very present, we decided to co-parent when they were toddlers and never married – so there was never that partner in the house for emotional support during the childrearing and life-battling years.

So her strength and courage as a young single mother of her daughter Geri was also very inspiring and uplifting for me.

Also, it took me a decade to complete this book and I was raising my sons during that time, and I’d often bring them to the Tates, so they became adopted “grands” to my sons as well, and that was so comforting -- that there were these two Black, elderly changemakers my sons could come to know up close and personal, even at their young age.

A: Just finished the first draft of a screenplay for a production company in Los Angeles and beginning to outline what a media project inspired by Farmgirls would look like.

Also, I have a bunch of other jobs, like writing for a community paper, helping to run a few nonprofits, and consulting on other folks’ writing projects. And of course, working on being a mom to teenaged sons is my most challenging but rewarding long-term gig!

A: Please purchase the book, share it with your friends and on social media. Her story will inspire readers, especially during the difficult times we’re all facing in America and our world.

And thank you, Deborah Kalb, for your time and interest!