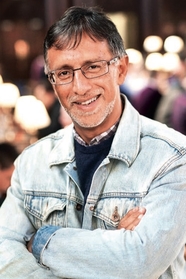 Sudhir Hazareesingh is the author of the new book Black Spartacus: The Epic Life of Toussaint Louverture, a biography of the 18th century Haitian leader. Hazareesingh is a fellow and tutor in politics at Balliol College, Oxford.

Q: Why did you decide to write a biography of Toussaint Louverture?

A: I have always been interested in two things: the revolutionary tradition which comes out of the French Revolution of 1789, and the role of strong leaders in politics – hence my books on figures such as Napoleon Bonaparte and Charles de Gaulle.

When I came across Toussaint Louverture it became clear that he was the obvious choice for me: he was one of the most remarkable leaders to emerge in the late Enlightenment Atlantic world, and he led the people of Saint-Domingue in their fight to free themselves from slavery and imperial domination.

It was largely thanks to him that Haiti, the world’s first independent black post-colonial state, came into being in 1804. 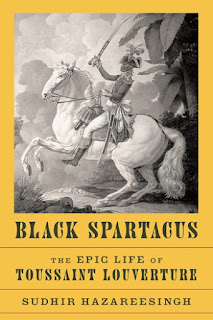 Q: What would you say are some of the most common perceptions and misperceptions of him?

A: His admirers and enemies alike have often portrayed him as one-dimensional. What is most fascinating about him is his complexity – he was shaped by multiple intellectual and cultural influences, from Europe, Africa, and the Caribbean, and they often pulled him in different, and at times conflicting directions.

But his cardinal principles, to which he remained true until his death, were very clear: he sought to protect his people from enslavement, create a political system which defended the sovereignty of Saint-Domingue, and build a multi-racial community in which whites, black and mixed-race people could live in harmony.

Q: In a review in The Guardian, David A. Bell says, "The story [of Toussaint Louverture's life] is astonishing – but also astonishingly difficult to write about." Was this a difficult book to research and write?

A: Toussaint’s actions and intentions are still very contentious, and establishing his true motivations was not always easy. He left behind a significant paper trail but his archives are scattered across different countries (France, Spain, Britain, the United States) and pulling all this material together was not simple.

And there are (as always) significant gaps in the sources – we have few documents relating to the early and middle decades of Toussaint’s life, when he was enslaved on a sugar plantation; and all his letters to his mistresses were burnt by the French when they invaded Saint-Domingue in 1802.

Q: What do you see as Toussaint Louverture's legacy today?

A: Toussaint championed the rights of black people throughout his life, and so he is one of the symbolic historic patrons of the Black Lives Matter movement, which focuses on the principles of black dignity and equality.

He is also someone who stood for forgiveness, compassion, and reconciliation, and for a politics which seeks to bring people together on the basis of their shared interests and values, and appeals to their common humanity. These are all powerful and relevant messages for our polarised times.

A: I am taking a little breather: working on Toussaint was very intense! But I very much want to continue to carry out more research in the general area of French colonialism, and in particular how colonial peoples actively resisted French imperial rule.

A: I just found out that Black Spartacus is one of the books longlisted for the 2021 Jacqueline Bograd Weld Award for Biography, which is one of the annual PEN America Literary Awards. I am greatly honored and immensely grateful to the judges!