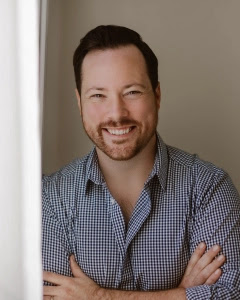 Craig Fehrman is the author of the book Author in Chief: The Untold Story of Our Presidents and the Books They Wrote. He also has edited the new book The Best Presidential Writing. He lives in Bloomington, Indiana.

Q: Why did you decide to write Author in Chief?

A: I first got the idea back in 2008. It was an election year, and a particularly exciting one, but what really struck me was that books were in the middle of that excitement -- books by Hillary Clinton, John McCain, and especially Barack Obama.

I got curious. Was this the only time presidential books had been so important in American history? No one had ever written at length about this topic, so I had to start by making lists of all the books presidents had written.

I quickly realized that the first campaign book (like Obama's Dreams from My Father) was written by Thomas Jefferson, while the first big political memoir (like Clinton's Living History) was written by John Adams.

The history of presidential books was as old as the history of America itself, and that gave me a really juicy topic to research and write about. 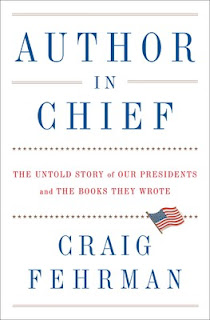 Q: You begin the book with an anecdote about John F. Kennedy. Why did you choose to start there?

A: Well, first, you can't go wrong with a Kennedy in terms of readerly appeal.

But that anecdote finds him preparing to give a keynote speech at the 1956 National Book Awards. It was going to be a swanky New York event; Flannery O'Connor and W. H. Auden were going to be in the audience. So I hope this anecdote gives readers a hint that my book will offer not just political history but also fun literary asides, as well.

Also, in the anecdote you can see Kennedy sweating about his speech and wanting to impress that highbrow audience. There's something really human about seeing a powerful politician wrestling with words and ideas, and I wanted to show readers that again and again in Author in Chief they'll discover a fresh and personal aspect of presidents, even ones as well-known as JFK.

Q: What are some of the ways that books written by presidents have changed over the centuries--and what's remained constant?

A: I think the biggest constant has been money. After Jefferson died, in 1826, his family needed to pay off his enormous debts. One plan was heartlessly separating and auctioning off his slaves. Another was publishing the manuscript of his autobiography.

When that text appeared a few years later, along with a bunch of other Jefferson documents, it was a literary event. "These volumes," one critic wrote, "will prove to the American reader the most delicious literary treat that their own country has ever afforded."

Jefferson's volumes were a big bestseller, but that was always the goal -- from the very beginning, presidential authors have commanded tons of money and tons of readers.

As for changes, well, there's almost too many to mention. Author in Chief charts the history not just of presidential books but of American politics, celebrity, authorship, and reading practices. That last one's a fancy way to say that I show what it felt like to be a book lover in 1776 and 1920 and so on.

Here's a good example of the changes: in 1859, Lincoln wrote a great little sketch of his life, to help pave the way for his presidential run. But when he sent it to journalists, Lincoln told them, "Of course it must not appear to have been written by myself."

Think about that -- Lincoln was begging them not to name him as the author of this great text, whereas today we have politicians begging to be named as the authors of books they did not write. There are so many fascinating reasons for that inversion, and I dig into them in my book

Q: Among the books that you examined, do you have a favorite? A least favorite?

A: My favorite is this totally forgotten book, The Autobiography of Calvin Coolidge. While no one knows it today -- I mean, honestly, who even knows much about Coolidge? -- it was an enormous bestseller in 1929. And if you read it, you can see why.

Coolidge was a really good writer, and he took readers inside the White House. He showed them what it felt like to be president, especially as he watched his father and his teenaged son die during his administration. It's a book that highlights the personal side of the presidency, and that's probably the biggest reason I like it -- because I'm always trying to highlight that side, too.

My least favorite is probably James Buchanan's autobiography. A common (and fair) criticism of presidential books is that they spend too much time blaming other people and settling scores.

Well, those are pretty much the only things Buchanan tried to do, which was rich given that he was a terrible president who'd just drove the country into a Civil War. Of course, his readers wouldn't let him forget this. The response to his book turned so ugly that a few weeks after his publication, Buchanan asked supporters to stop sending him the reviews.

A: You should know that I just published a second book! It's called The Best Presidential Writing, and it's an edited collection of the best speeches and book excerpts and diary entries (and even a few poems) written by America's presidents. You'll find the greatest hits ("Ask not . . .") alongside stuff that's never been published.