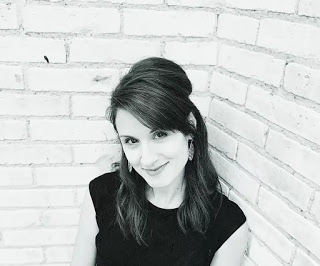 Q: How did you come up with the idea for The Heiress?

A: While I was researching Regency-era child rearing for The Clergyman's Wife, I stumbled upon an article about how often laudanum was given to children, even babies, during this time period, and how terrible the consequences could sometimes be.

Even though I knew that Charlotte in my first novel was not going to be giving laudanum to her daughter, I couldn't resist the lure of this particular rabbit hole, and spent hours chasing down articles and blog posts that discussed how widespread the use of this particular drug was during both the Georgian and Victorian periods.

There were a surprising number of articles from the early-to-mid 1800s that actually reported on the accidental deaths of children by laudanum overdose; because the drug was unregulated, parents and nurses might give the same measured dose as they have previously, only for it to contain a lot more opium than the last bottle they purchased.

And then I came upon an anonymous letter, published in the January 1889 issue of The Journal of Mental Sciences, entitled, "Confessions of a Young Lady Laudanum Drinker." 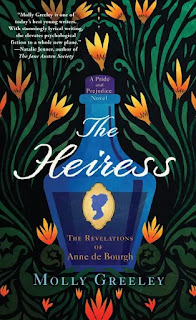 It's a first-person account from a young woman who became addicted to laudanum, and who eventually, finally, overcame her addiction. In the letter she rails at her doctor, who prescribed laudanum to her and who did not understand the effects it was having; and she also details what those effects were:

"It [opium] got me into such a state of indifference that I no longer took the least interest in anything, and did nothing all day but loll on the sofa reading novels, falling asleep every now and then, and drinking tea. Occasionally I would take a walk or drive, but not often. Even my music I no longer took much interest in, and would play only when the mood seized me, but felt it too much of a bother to practice. I would get up about ten in the morning, and make a pretense of sewing; a pretty pretense, it took me four months to knit a stocking!"

All I could think when I read these words was, This sounds like Anne de Bourgh. And so the seed that would eventually grow into The Heiress was planted.

Q: What role do you see laudanum playing in the novel?

A: Laudanum--or rather, overcoming her addiction to laudanum--allows Anne to start to realize her own strength. The drug also serves, in a way, to make her feel more connected to the house and land that is her birthright.

Q: This is your second book featuring a minor character from Jane Austen's Pride and Prejudice. How did your experience creating Anne de Bourgh compare with that of Charlotte Lucas?

A: In some ways, imagining Anne de Bourgh's character was more difficult than it was to imagine Charlotte Lucas's, largely because Austen gives us so little of Anne beyond her apparent frailty and rudeness.

I wanted to stay true to what readers of Pride and Prejudice did know about Anne, while also making her someone readers of my book would find themselves sympathetic toward. And of course, it was impossible to think of who Anne might be without into account the effect of having Lady Catherine as a mother!

In another way, however, Anne was almost more fun to write than Charlotte was, because she had so many more possibilities open to her. I was able to imagine a happier future for her, one that felt, historically speaking, more possible than the happy future I would have loved to have written for Charlotte.

Q: What inspired the creation of your character Eliza Amherst?

A: Another historical tidbit I stumbled across during my research for The Clergyman's Wife was that while men were persecuted--often in truly terrible ways, and many times by death--for being gay, women really were not, and this was largely because society at the time there wasn't any real mainstream understanding that women could engage in sex together, because there would be no penis involved.

It seemed so bizarre to me, and so indicative of how unbelievably male-centered this world was; and yet ironically, this misunderstanding of basic human sexuality also gave women, in this one thing, much more freedom than men had.

The Clergyman's Wife explores the compromises Charlotte Lucas makes, and as I was writing it I kept thinking that Anne de Bourgh was so much more fortunate than Charlotte--than most women in Regency society. She had no need to compromise, in any way, if she didn't want to.

This could include not marrying a man just for the sake of appearances, when she actually was in love with a woman; Eliza herself was born of my imagining what sort of woman Anne might fall in love with, someone playful, not too caught up in appearances, and able to truly challenge Anne, who desperately needed to be challenged and shaken from her comfort zone.

A: I'm currently working on a novel set in early modern France, a historical retelling of one of my favorite fairy tales. It's slower going than I'd like, what with this year being so topsy-turvy, but it's getting there!