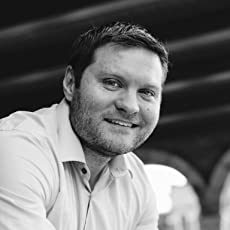 Mckenzie Cassidy is the author of the new novel Here Lies a Father. A writer, journalist, marketer, and professor, he lives in Fort Myers, Florida.

Q: You've said, "This story was deeply personal for me to write." Why did you decide to tell this story, and what impact did writing it have on you?

A: Even though this book is a work of fiction, it was inspired by actual events. Sometime between high school and college I learned that my father had been married multiple times before he met my mother, and that I had four other half-siblings (besides my sister who I grew up with).

With all the crazy things that had happened to my family over the years, plus learning about my father’s big secret, I started to think about writing some of it down as a story. This is when I was in my early 20s and wrote full time for a local newspaper in southwest Florida.

It wasn’t until my 30s that I started my MFA and worked with Kaylie Jones on the book. She was the perfect mentor and editor for me.

I wanted to tell this story for two reasons. One was therapeutic. My entire life I felt a lot of pressure not to share personal details about myself or my family. It caused a lot of anxiety and was probably strange to people trying to get to know me. I never truly opened up to anybody.

Writing this book was like ripping off a band-aid. I still get uncomfortable thinking about it sometimes, but it’s basically me declaring to the world: “This is my life!” 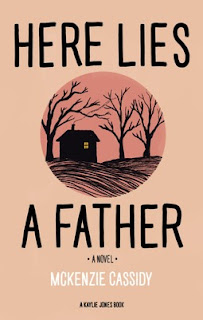 The other reason for writing this book was to connect with other readers who had a rough time with their family or peers growing up. Ian Daly is clinically depressed and feels completely lost. He doesn’t know who he is, what he should be doing, or what he wants. In many cases, it’s easy for boys like Ian to be sucked into the world of toxic masculinity, which we’re seeing a lot of in the news today. This was where the other parts of the book came from.

I exhibited many of these self-destructive tendencies over the years. In college I got black-out drunk three to four nights a week, and there were many things I said or did that I still regret.

I never went as far as the characters in the book, but what happened to Eveline was common in my high school and college circles. It’s always been happening, now it’s just being reported in the news.

In the age of #MeToo and Donald Trump, it’s important for boys to know they can turn away from this behavior before it’s too late. Before they destroy their own lives or someone else’s.

The majority of the plot for Here Lies a Father was fabricated to build conflict. But, I did take real elements from my life as a teenager and incorporated them into Ian. With a few exceptions, the characters were an amalgamation of multiple people I knew. A few were purely fictional.

I also exposed many of my deepest feelings in the story. Even though I was crafting fiction, the process of writing this book was therapeutic. I actually made a few breakthroughs about my life and the people in it.

Q: How was the novel's title chosen, and what do you think the book says about fatherhood?

A: I considered a few different titles for the book. One was The House That Lying Built. The title was always going to include some element of lying because that’s such a huge theme in the book. I don’t remember exactly how I thought it up (Here Lies a Father) but I loved how it had double meanings (a final epitaph and the act of lying).

To me, the book says there is a crisis in fatherhood. Many boys are growing up without a father or they have one who’s demonstrating all the worst qualities.

There’s a great quote in the Fight Club movie said by Brad Pitt/Tyler Durden: “We’re a generation of men raised by women. I’m wondering if another woman is really the answer we need.”

We are all products of our environment and I think it’s hard for boys to overcome what they’ve learned about masculinity and their role in society. I think we need to change the way we raise boys.

I’m a father of two small children (6 and 4) and my oldest is a boy. I strive to be as open and honest with him as I can. Yes, we all technically lie to our kids about Santa Claus or the Tooth Fairy, but when he asks me about my life or family, I’m straightforward with him (at least in the way a 6-year-old can understand it).

I don’t want to conceal any details of my life, or make him feel shame or anxiety over his family. Furthermore, I make a conscious effort not to perpetuate the toxic, macho traits that in my opinion are pure bullshit. My wife helps keep me in check on this as well. We want him to know that being strong and sensitive are not mutually exclusive.

Q: Your editor, Kaylie Jones, writes, "What struck me most powerfully in this book is the way Mckenzie Cassidy captures the very essence of false narratives and how they manifest in seriously dysfunctional families." Can you say more about that?

A: Imagine this family dynamic like a totalitarian regime. All of your thoughts and opinions are controlled. When you’re about to say something, you have to first mentally run through all of the topics that can and can’t be shared. Saying the wrong thing to someone is like a crime against the state.

One example of this from the book is Thomas Daly’s alcoholism and manic depression. The family all knows there’s something wrong with him, but they’re more concerned about covering it up. They want to maintain the false narrative or myth of the family.

Real thoughts, feelings, and memories are compartmentalized. They’re locked in metaphorical boxes and pushed to the back of the mind. But, as anyone who’s ever studied psychology knows, those thoughts won’t stay gone forever.

Whether years or decades have passed, they will affect your well-being. They’ll seep out of your subconscious. Secrets are like a virus that keep growing and growing until they make you sick. It’s much better to shed light on them and work through the realities of the situation. This is a big part of what the book is about.

By the end of the book, Ian is starting to pick up on this. He decides to be honest even if it’ll hurt close relationships or cause conflicts. The truth is Ian the character is far braver than I ever was. I didn’t start realizing these things until my mid-30s and there are still days when I try to avoid conflict and keep the peace. We’re all a work in progress.

A: I want readers to connect with Ian’s journey and begin thinking about masculinity, fatherhood, and mental disease in our society. We also need to change the way we raise boys and alter what society expects from them.

And as I said before, it’s not easy. I find myself saying or thinking toxic thoughts sometimes, but then I stop and remind myself we’re all a work in progress.

Teenage boys could benefit from an alternative to society’s expectations. Doing the right thing isn’t always easy or popular. Ian, for instance, makes mistakes, lies, and does bad things throughout the story, but his good decisions win out at the end. This is what we all need to strive for.

Right now, as a society, I think we all need to refocus on empathy and understanding.

A: I’m so excited that my novel is being published in January but it’s been a rough year for me (and everyone else I’m sure). Between COVID-19, quarantine, isolation, and finding out I needed shoulder surgery, I haven’t been able to write or read as much as I want. And these are two things that I love to do.

It’s been hard to feel anything this year besides hopelessness and despair at what’s happening with the virus and politics. I’m really focusing on getting back what was lost at the start of 2020. I think 2021 is going to be the year everything turns around.

I do have a few story ideas, including a literary sci-fi project featuring teenage characters (that seems to be who I gravitate towards), but really I’m just in survival mode right now.